Fake Covid-19 vaccination cards could be a problem at the upcoming World Series of Poker after Daniel Negreanu claimed they were being handed out recently at the Wynn, with Will Failla and Robert Mizrachi involved in the dubious venture…

“Rob Mizrachi, Will Failla, I saw you guys trying to fucking pass off fake vaccination cards at the Wynn,” Negreanu alleged earlier this month on the DAT poker podcast. He added: “I watched you guys at my table, handing out vaxx cards on the downlow, as if I wouldn’t see! I mean, c’mon bro!”

His comments went rather unnoticed until this week when the 2plus2 forum picked up on the allegations, BDHarrison posting:

“On DAT Poker Podcast episode #107, Daniel Negreanu said that he saw these two giving out fake vaccine cards at his table while playing at the Wynn. I’d never heard of Failla before, but one of the co-hosts described it as “one of the most Will Failla thing ever”. DNegs also said that Failla wanted to pass along the Plandemic video.”

Emanuel “Will” Failla is a 53-year-old, New York-born pro who has more than $6million in lifetime tournament cashes to his name, and is often pictured flexing and flashing his muscles at the poker tables. 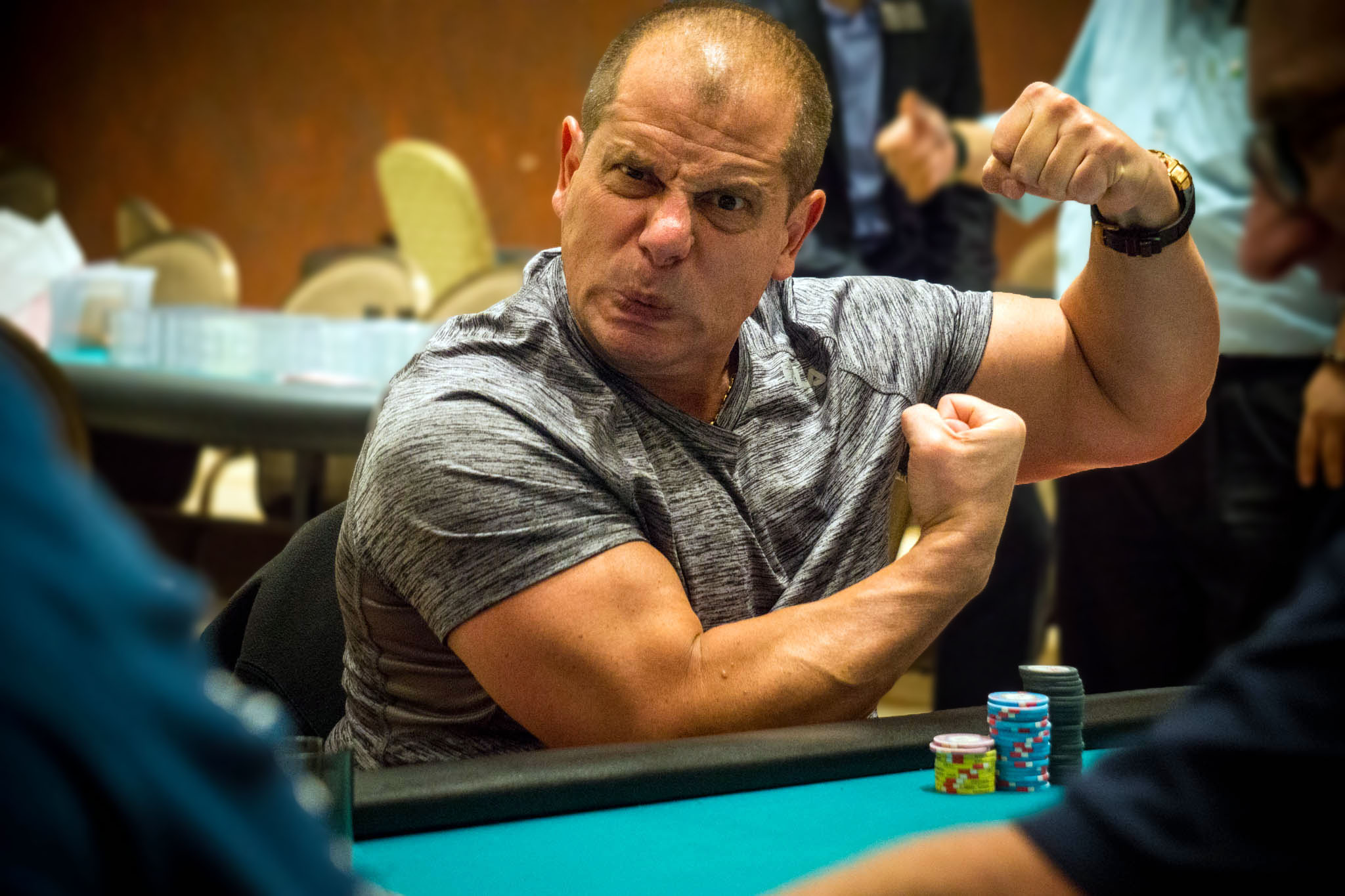 According to Negreanu and others, though, fake vaxx cards are his latest hobby. Forumite “Mench” wrote:

“Having played in a private game with Will (Emanuel) Failla over the summer, I can confirm I saw him selling fake/blank vaccine cards.”

The vaccination issue has been centre stage this month after the annual Vegas WSOP organisers decided to follow CDC and Nevada policy and made full vaccination mandatory for players.

That led to uproar in some quarters, highprofile and highstakes pros Alex Foxen and Kristen Bicknell among those refusing to be vaxxed and claiming they would boycott the Series, while others such as Chris Moneymaker were more likely to play with the mandate in place.

Bicknell in particular has been very busy on social media sharing conspiracy theories related to the coronavirus, and Negreanu claimed that Failla was doing the same at the Wynn.

“Failla was like: ‘I’m going to send you a video bro…it’s called Plandemic’, Negreanu said, adding that he expects anyone who tries to pass off the fake vaxx cards at the WSOP to be “banned for life.”

An update in a later DAT podcast revealed that Mizrachi was just filling out a fake card rather than involved in the sale or distribution of them, with Failla apparently the one pushing the cards

The 2plus2 forum was awash with various takes on the issue, some calling for Failla, Mizrachi and anyone else involved to be reported to the authorities, others unconcerned at the law-breaking.

A naturopathic physician in Northern California faces a wire fraud charge for “selling fake COVID-19 immunization treatments and fraudulent vaccination cards that made it seem like customers received Moderna vaccines.”

It’s not 100% clear how anyone with a fake vaxx card will get around the WSOP plans to check that vaccination certificates are genuine.

That might require circumventing or otherwise abusing the CLEAR app, in use widely across the USA.

“Participants who successfully verify their full vaccination status through CLEAR may go directly to the registration cage tellers within the Rio All-Suite Hotel & Casino Convention Center. WSOP will also provide an on-site center to verify alternate documentation including physical vaccination cards, and state or country-specific health passes. To be considered “fully vaccinated” against COVID-19, participants must receive their final vaccine dose 14 days prior to start date. This policy is inclusive of all participants, spectators, press and vendors.”

For those who follow the WSOP every year, it’s almost a given that somebody, at some point, will transgress the rules – the odds of it being Covid or vaccination related seem rather high!