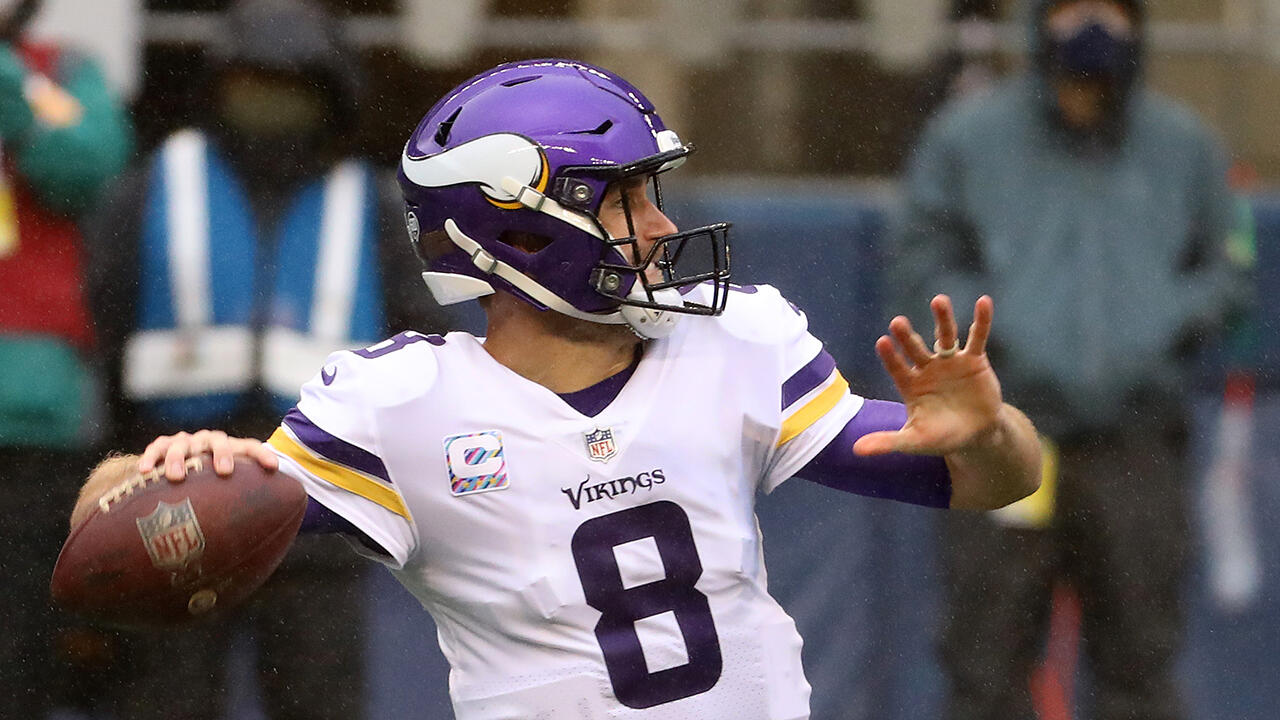 It is getting more difficult all the time. You cannot ‘bubble’ the NFL the way you could the NBA playoffs: a single NFL team has as many players as four NBA squads. Inevitably, coronavirus cases continue to appear, and each time the effect on the team involved remains up in the air. In a sense, the NFL is forced to play a ‘whack-a-mole’ strategy to cope with regional clusters, and their computers are working flat-out to re-jig the schedules as necessary. As I write this, the Pro Bowl has been cancelled officially, leaving the week before the Super Bowl available for play, most likely by pushing the playoff games back a week and adding a week 18 without extending the schedule.

It makes picking a greater challenge; not just the disease itself but also the way the schedule changes. Last week’s Tuesday Night game between Buffalo and Tennessee seemed to favour the Bills in many ways, not least that the Titans had an extensive injury list and had barely practiced (at least not ‘officially’) during their Covid lockdown. But on game day it turned out many of Tennessee’s key ‘injured’ players played, while the Bills were without both their starting corners, and Josh Norman, familiar as he may be with Sean McDermott’s system, looked a lot more like Washington Josh than Carolina Josh.

I am not saying that because I had a bad week; I didn’t! Pittsburgh covered against the Eagles, they went over 44.5, the Browns won, and Miami at the Niners went over 51.5, though I hadn’t expected the Dolphins to do most of the covering. The Browns and Colts went over 46.5, where I had gone under, but it’s hard to factor in a 101 yard kickoff return or a Philip Rivers silly pick six into the mix, so in a good week I’ll let that slide.

But the reason I do mention the virus and Buffalo/Tenn is to advise you to watch carefully the injury reports, and not just the official ones, and consider schedule changes. For example, the move of the Chiefs at Bills game from a Thursday to a Monday night is a huge positive for KC: they won’t face a short week on the road, instead Buffalo’s week is slightly shortened. Note too that there has been a lot of movement during the week as these factors become apparent: a few bets I liked while preparing for the @betfair NFL Only Bettor podcast, which we tape on Wednesday, have moved noticeably away from the direction I favoured, indicating I wasn’t alone in liking those odds.

Back Vikes to cover

I am going to stick with my best bet pick from Wednesday’s podcast, even though the Vikes are now laying 4.5 instead of 3.5. You may see a rejuvenated Falcons under Raheem Morris (his elevation to defensive coordinator last season produced positive results), and who knows, Julio Jones might be back. The Falcons did not practice Thursday because of a positive covid test, so we don’t know what the status of other players is – I suspect we may find with a lot of teams who play the same systems week-in and week-out, without huge adjustments to opponents, that rest is more important than practice. But what I liked about the Vikes last week was that their D looked like they were starting to get what Mike Zimmer wanted to do, and though they lost to Seattle when Zimmer went for a fourth and one and failed (I write about this in my Friday Morning Tight End column over at Patreon patreon.com/mikecarlsonfmte) I look at it as a good sign. I might look at going under 54.5 here at 10/11, but that’s more of an outside bet. Of course, because of covid this game might not be played, so my next best bet is probably the Rams -3.5 at 10/11 at the Niners. Originally I liked the over when it was 50.5 at 17/20, that’s now up to 52 so I am less enthusiastic, much like the under in Minn/Atl.

When I decided on this as my value bet Wednesday, the Giants were evens! A lot of other people must’ve seen the same thing and now the odds have changed, but I still like New York (sic) to get their first win of the season. The real mitigating factor is the Washington Team Football (or WTF) ability to rush Daniel Jones and the lack of real big offensive weapons. But I suspect the G-Men D will be able to hold Kyle Allen & Co. in check and pull off the win. The over/under on this has dropped from 43.2 to 42.5, getting close to the area where you ought to consider going over.

Back the Pack in battle of the Bays

I suspect that some of the juice for Tampa (who started +2.5 and have lost a point-and-a-half since Wednesday) is Tom Brady, or maybe favourable injury reports on his receivers, especially Mike Evans, and corner Carlton Davis. But the Pack are likely to have both Davante Adams and defensive tackle Kenny Clark, who are really keys on both sides of the ball. The wild card here will be whether Jamaal Willams’ taunting of Brady for forgetting which down it was in Tampa’s loss last week comes back to haunt the Pack. The moneyline on Green Bay offers slightly better odds at 9/10, you might wait and see if those get a little stronger if you’re inclined to take the Pack outright. The over/under here has gone up from 54 to 55.5–this is the season of overs – it would appear. I would start considering the under. If you want a Monday Night bet, try the Chiefs/Bills, check the injury report on the Bills’ corners, and take the Chiefs -4.5 at 10/11. If they jump out to an early lead, Buffalo could have trouble coming back and even the big 57.5 over could be vulnerable.

For deep insight into the Betfair Fighting Fifth, you'll

Man United’s Pogba to miss clash with Southampton through injury

There’s another big day of racing at Newbury on Satur

Premier League managers have paid their respects to Diego