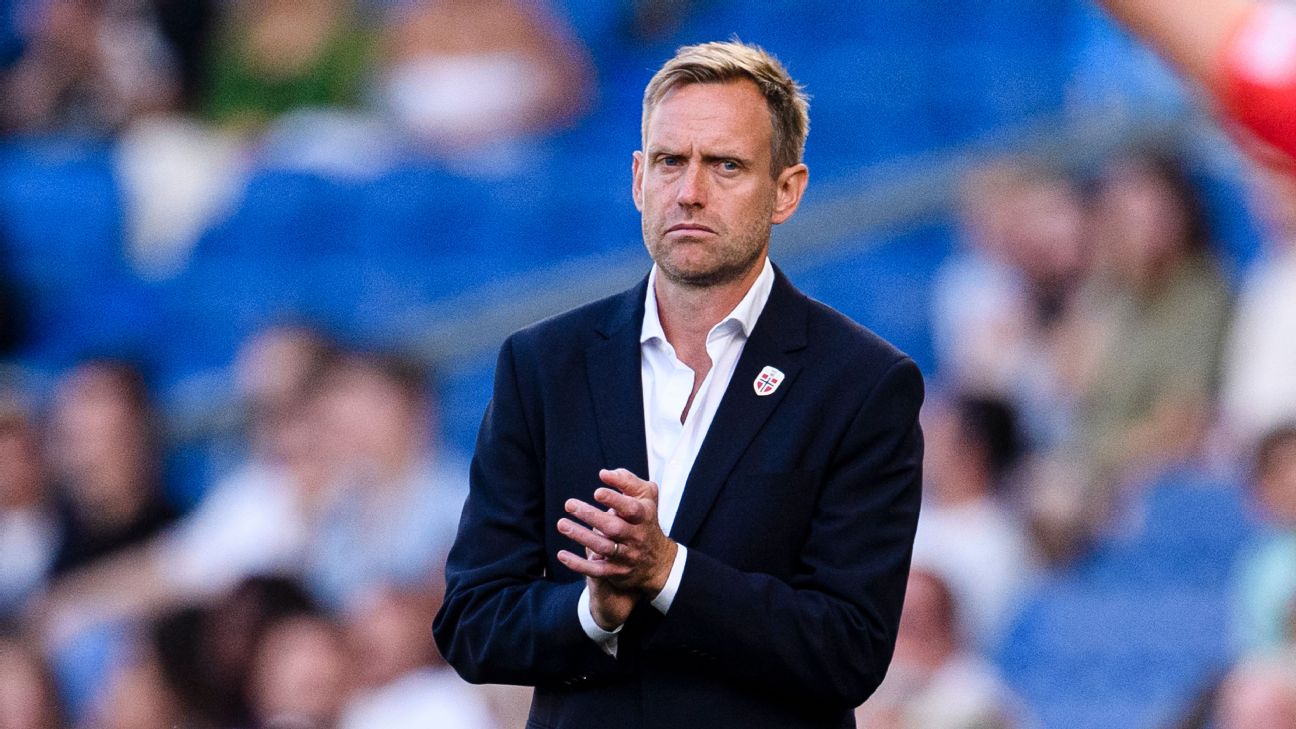 Norway women’s head coach Martin Sjogren has resigned after his team’s early exit from Euro 2022, it was announced on Tuesday.

Sjogren leaves after five-and-a-half years, alongside his assistant Anders Jacobson.

The news comes four days after Norway’s early exit from Euro 2022, the second back-to-back group stage exit by the Scandinavian nation at a Euros under Sjogren’s leadership.

Although the results have been inconsistent since the Swede took charge of the national team at the start of 2017, he penned a new deal last year that would see him lead the team through this summer’s Euros as well as next year’s World Cup in Australia and New Zealand — with the proviso that his performance would be assessed after this summer’s tournament.

Since Norway’s record-breaking 8-0 loss to England, his position became untenable, with players refusing to be drawn in on whether or not they still had faith in his leadership amongst calls for his resignation.

Speaking to VG, Sjogren admitted that the decision to leave his position had been made the day after Norway’s Euros exit, following a discussion with NFF president, Lise Klaveness.

When thanking both Sjogren and Jacobson for their time and efforts with the team, Klaveness cited a “shared responsibility” across the team for their disappointing summer but concluded an amicable goodbye would be best for the team.

“The expectations before this championship were clear and we had high ambitions to go far,” Sjogren said in a statement.

“When the results did not match the expectations, the natural solution is that we now go our separate ways.”

The NFF said it was in the process of hiring a new coaching team and hoped to complete the process before Norway’s 2023 World Cup qualifiers against Belgium and Albania in September.

Information from Reuters was used in this report.