The first Open de Portugal was staged way back in 1953. It was a regular and popular event on the European Tour from the tour’s inception in 1972 but after the 2010 edition, won by Thomas Bjorn, financial problems saw it disappear from the rota.

It returns to the rota this year as the final leg of the three-tournament Iberian Swing – added to the revamped schedule following the disruption brought about by the pandemic.

With the vast majority of big names playing in the US Open ( which I’ve previewed here) but last week’s winner, George Coetzee, is in the line-up and with a two year European Tour exemption up for grabs, it’s a great opportunity for those plying their trades on the Challenge Tour to promote themselves to the European Tour.

As per usual, there is no information about the venue at all on the European Tour website and up until late on Monday, there wasn’t even a card of the course.

Royal Óbidos is a par 72 but not a standard par 72 as it has five par threes and five par fives. Most par 72s have just four long holes and four short ones.

Situated about a mile in from the Atlantic coast, Royal Óbidos is a wind-affected course with water in play on just four holes.

No live coverage in the UK

What Will it Take to Win the Open de Portugal?

With no prior course knowledge to go on, we’re very much in the dark but given it’s position adjacent to the Atlantic coast, and given the weather forecast, it’s not going to be a straightforward event and an ability to handle breezy conditions looks essential.

Is There an Angle In?

When Matt Wallace won this event in 2017, he was in fine form and ready for promotion to the European Tour. He’d won six times on the Alps Tour during 2016 and he’d finished third in the Kenya Open and 25th in Turkey, on the Challenge Tour, in his two previous starts. He was ready to take the next step in his career and most importantly, he had plenty of experience of winning.

With so few established European Tour players in action this week, victory for a Challenge Tour regular is a distinct possibility but with so much at stake, the experience of winning previously could be key. A two-year exemption on the European Tour is a huge prize so there’s bound to be nerves.

Obviously, we have no course form to go on but even if there was, I’d be prioritising current form. Since the restart, the majority of winners have been in decent form and we’ve seen two players win twice. Sam Horsfield, who’s just withdrawn from the US Open having tested positive for Covid, won both the Hero Open and the Celtic Classic and last week’s winner of the Portugal Masters, Coetzee, had won the Titleist Championship the week before in his homeland.

With so little to go on, we do at least still have the weather to consider and it looks highly likely that a late-early draw will be advantageous over the first two days.

It’s not often something to consider too closely but whenever a tournament’s staged close to the coast a draw bias is always a possibility. There was an overall differential of almost two strokes last week between those drawn AM-PM and those drawn PM-AM over the first two days and looking at the forecast, we could see an even bigger discrepancy this week.

Looking for his third win in three weeks, bang-in-form, George Coetzee, is a solid short-priced favourite. There was some [6.0] available on the exchange early on but he’s no bigger than 9/2 on the High Street and that was soon gobbled up.

He’s held his form for four or five weeks several times before and he’s more than capable of winning again at a venue that’s sure to suit. He won the Mauritius Open back in 2015 at a venue that might be quite similar to this, having won the Tshwane Open two months previous. In between the two victories, he finished third in the Investec Cup on the Sunshine Tour and third at the Trophée Hassan II on the European Tour before winning two of his three matches at the WGC-World Match Play – losing only to eventual semi-finalist, Jim Furyk.

If Coetzee gets a favourable draw, he’s a fair price in such a weak field but if he doesn’t, he’s best watched from the start.

Fellow South African, Garrick Higgo, looks to have a big future and he’s been in fair form since the restart. He finished sixth at the Euram Bank Open, 47th at the UK Championship and seventh last time out in the Northern Ireland Open on the Challenge Tour two weeks ago. Prior to the break, he won the South Africa Tour Championship on the Sunshine Tour and that was his third victory in his homeland so he knows how to get the job done if the chance arises. 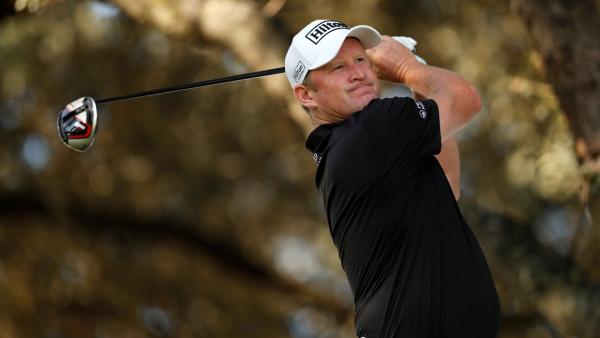 As a gauge of how weak this field is, 44-year-old Welsh veteran, Jamie Donaldson, who hasn’t won for six years, is the third favourite. He gave himself a chance to win at Valderrama last time out but wilted over the weekend to finish tied for 44th and he’s not for me at around 20/1.

I’m going to wait for the draw before deciding whether to back any more players but I have had one small wager so far – on Denmark’s Nicolai Højgaard.

Having already won twice on the European Tour, Nicolai’s identical twin, Rasmus, is making his US Open debut this week and given how competitive twins can be, that may just inspire Nicolai to improve his form.

Nicolai was the more successful amateur – reaching number five in the World Amateur Golf Rankings – and he finished second at the KLM Open on the European Tour exactly a year ago. He’s been overshadowed by Rasmus since but this is a chance for him to shine.

Rasmus has talked about his ability to play in the wind, having grown up playing in it, so there are no concerns there and I was happy to take a tiny chance at a big price despite his poor recent form.

The ZOZO Championship 2020 tees off on Thursday and Sky

Don't underestimate the OwlsBet 1: Back Shef