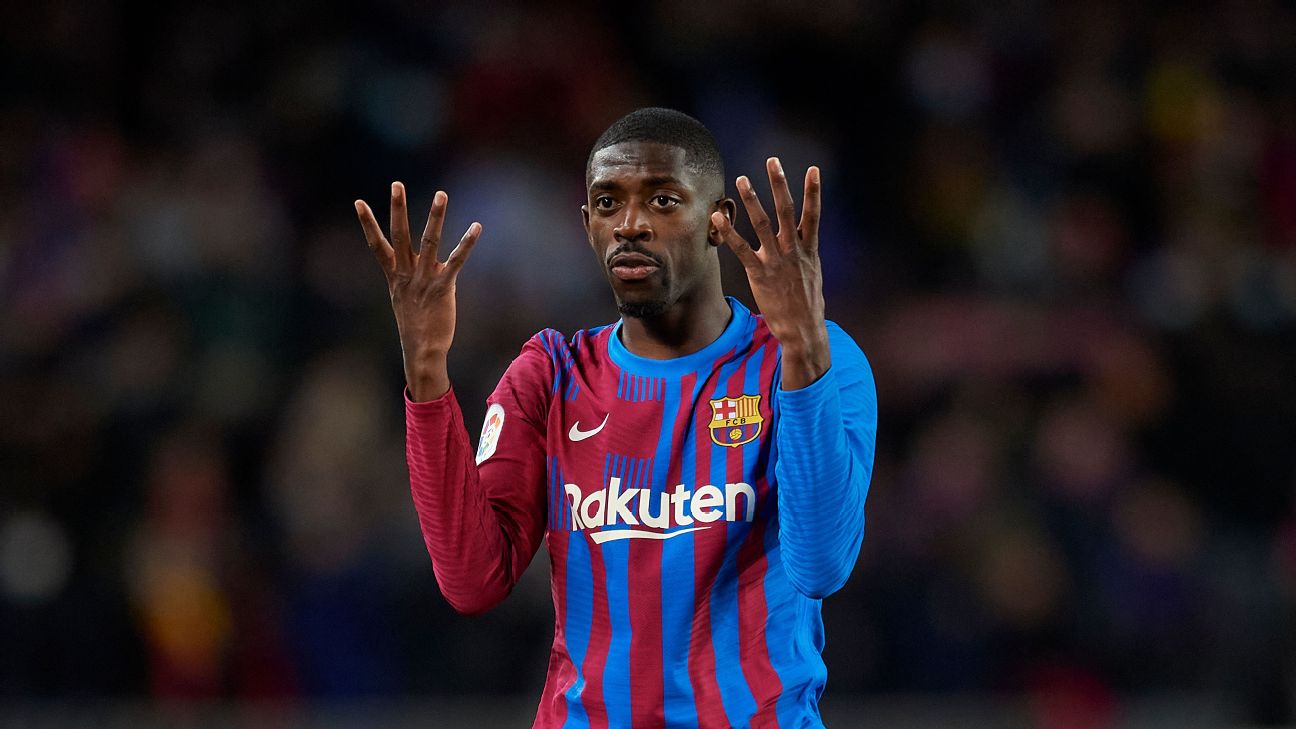 Ousmane Dembele has finally agreed a new contract with Barcelona until 2024 after his previous deal expired on June 30, the Catalan club confirmed on Thursday.

Dembele’s decision to extend his five-year stay at Camp Nou brings to an end months of uncertainty surrounding his future.

Barca told him to find a new club in January after failing to strike an agreement over a renewal. They even left him out of the squad for two matches and threatened that he would be banished to the stands for the rest of the season if he stayed without signing a new contract.

However, coach Xavi Hernandez, who has always maintained he wanted the French winger to stay, brought him back into the side in February despite opposition from within the club.

Dembele, 25, who was initially jeered by supporters upon his return, went on to play a key role as Barca climbed from ninth to second in LaLiga, ending the campaign with a league-high 13 assists.

Paris Saint-Germain and Chelsea had been strongly linked with signing Dembele, who technically became a free agent this month, but sources close to the player have always said staying at Barca was his first option.

Despite that, agreeing on the terms of a new deal had previously proved impossible, with Barca’s sporting director Mateu Alemany and Dembele’s agent Moussa Sissoko unable to reach a compromise.

There was a breakthrough in recent days, though, and Dembele has finally agreed to commit his future to Barca for the next two years ahead of rejoining preseason training this week.

Sources at Barca continue to insist that renewing Dembele, who joined from Borussia Dortmund for €105 million in 2017, will not have an impact on their pursuit of Leeds United‘s Raphinha.

ESPN previously revealed that Barca have made several bids for the Brazil international, but they have not yet struck a deal with Leeds, who have accepted a better offer from Chelsea.

Any incomings at Camp Nou remain dependent on Barca selling another 15% stake in their domestic television rights. They sold 10% to global investment firm Sixth Street for over €200m on Thursday to cover losses across the 2021-22 campaign.

Kilmarnock 0-5 Celtic: Hoops go top of the table after rampant first half showing