Packers vs Buccaneers Odds, Lines and Spreads for Week 6


Aaron Rodgers leads the Packers into Tampa Bay for a game with the Bucs in Week 6. (Photo by Scott Winters/Icon Sportswire)

Two of the top quarterbacks in NFL history face each other Sunday when Aaron Rodgers and the Green Bay Packers visit Tom Brady and the Tampa Bay Buccaneers in a 4:25 p.m. ET (October 18) game at Raymond James Stadium in Tampa.

The Packers are 4-0 coming off their bye week. That makes them one of four unbeaten teams in the NFL along with the Pittsburgh Steelers, Seattle Seahawks and Tennessee Titans.

Brady has led the Buccaneers to a 3-2 record in his first season with Tampa Bay following 20 years with the New England Patriots. The Buccaneers fell to the Bears 20-19 in Week 5 at Chicago.

The Packers are slight one-point favorites.

Quite the QB Matchup

Rodgers and Brady are meeting as starters for just the third time in their long careers.

In 2018, Brady and the Patriots beat the Packers 31-17 at home as a five-point favorite. Brady passed for 294 yards and one touchdown. Rodgers finished with 259 yards and two scores.

The Packers covered as a three-point home favorite in 2014, 26-21 over the Patriots. Rodgers had 368 yards and two touchdowns. Brady threw for 245 yards and two TDs.

Aaron Rodgers’ 92.8 Total QBR is the highest by any player through 4 games since QBR was first tracked in 2006.

They both won MVP & set set the NFL record for touchdown passes in a season in those years. pic.twitter.com/s9z2KYbvC7

So far this season, Brady has completed 64% of his passes for 1,375 yards and 12 touchdowns with four interceptions.

Rodgers is averaging 8.7 yards an attempt and Brady 7.0.

Most Big-Time Throws this season:

Brady has the second-most passing yards in NFL history and Rodgers is 12th on the list.

The last meeting between the Packers and Buccaneers occurred in 2017. A three-point favorite, Green Bay won at home 26-20 on Aaron Jones’ 20-yard touchdown run in overtime.

Rodgers was injured and did not play yet the Packers won despite just 84 passing yards by Brett Hundley. Jamaal Williams rushed for 113 yards on 21 carries.

Both Rodgers and Brady will be regaining Pro Bowl wide receivers Sunday.

Davante Adams will be back for the Packers after missing the last two games with a hamstring injury. Adams tied the franchise record with 14 catches in Week 1. He also had 156 receiving yards and two touchdowns in the 43-34 road win over the Minnesota Vikings.

The Packers have still thrived without Adams.

Week 4: Robert Tonyan now with a career-high 3 TDs, becoming the 3rd #Packers TE to do it in a game.

Godwin sat out three of last four games with a strained hamstring but took part in practice Friday. He had 11 receptions for 143 yards in the first two games.

Mike Evans, another Pro Bowl wide receiver, has compensated for Godwin’s absence with a league-leading six touchdown receptions. He is the only player in the NFL to score in each game this season.

The Packers offensive line has done an outstanding job of protecting the 36-year-old Rodgers. He has been sacked an NFL-low three times in four games.

Conversely, the Buccaneers are fourth in the league with 17 sacks. Jason Pierre-Paul leads the team with four while Shaquil Barrett has recorded three and five other players have two.

Paul is certainly confident of the Buccaneers’ chances Sunday.

Tampa Bay is even better against the run. They lead the league in rushing defense as they are allowing just 58.4 yards a game.

Bet the Packers to Cover

The Buccaneers opened as a one-point favor and the line has since swung in the Packers’ favor.

This a tough one to call and it should be a good ballgame. However, Rodgers and the Packers are rolling through the season so far and it is hard to pick against them. 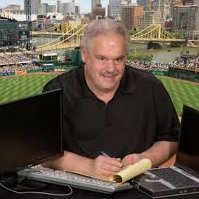 What’s surprised us (Mourinho and Spurs, anyone?) and what hasn’t (Man United inconsistency)

It has been the most unpredictable of seasons, with fixtu

Epatante was the warm order for the Betfair Fighting Fift

Buttler primed For a year at least this corner of bettin