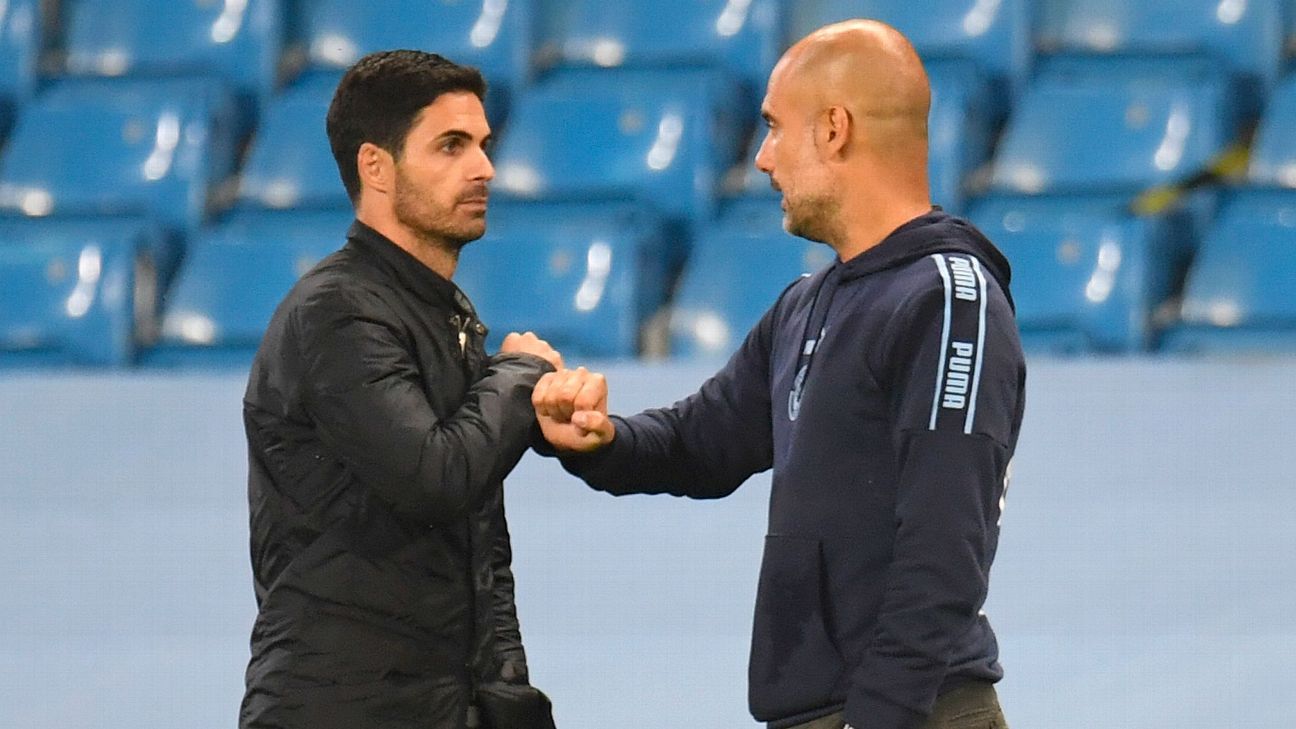 Arsenal manager Mikel Arteta has said the club’s Premier League title race with Manchester City this season will not affect his friendship with Pep Guardiola.

Former midfielder Arteta served as assistant to Guardiola at City from 2016 to 2019 before Arsenal appointed him as manager following the exit of Unai Emery.

Arteta’s side are top of the league table with 50 points after 19 games, five points above second-placed City who have played a game more. The teams will face off at the Etihad Stadium in Friday’s fourth-round FA Cup clash.

Asked about how he felt about going head-to-head with Guardiola in the league and FA Cup, Arteta told reporters: “I always hoped this would be the case one day and it is happening this season.

“We both want to win and defend our clubs the best possible way. That has always been the case since day one.”

Arteta, who guided Arsenal to the FA Cup in 2019-20, said a victory on Friday would give his team momentum and boost their confidence.

“In some ways it will define our season, yes, because if we are able to win on Friday we will go into the next round and they won’t,” Arteta added.

“It is a very important competition for us and winning will define this moment, for sure, as it will give us a chance to try to go on and win this trophy.

“This is a big test against, in my opinion, the best football team in the world. I am looking forward to it. It will tell us a lot about where we are.”

A transitory blip or long term damage for the Scottish secessionist movement? – politicalbetting.com

For those of us who take a keen int

Why Alphabook Is A Great Sports Betting Site