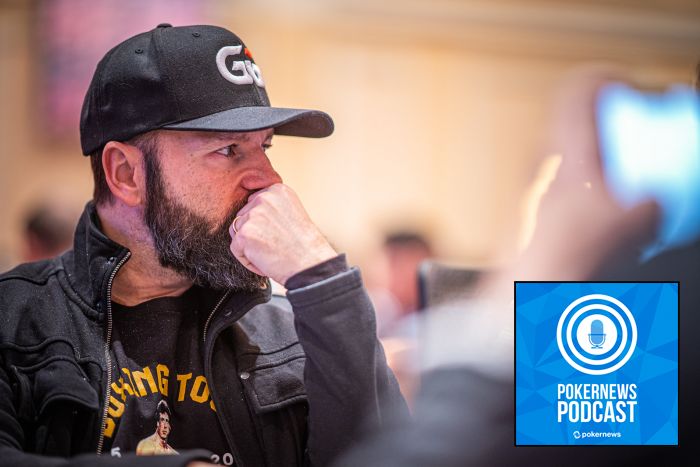 On the latest episode of the PokerNews Podcast, Chad Holloway and Connor Richards come to you from the World Poker Tour (WPT) World Championship at Wynn Las Vegas and the European Poker Tour (EPT) Prague respectively.

They discuss the $1.2 million pot from the Hustler Casino Live (HCL) live stream, as well as the HCL results regarding their investigation into the Garrett Adelstein cheating allegations against Robbi Jade Lew. In addition, they recap Jason Koon‘s victory against Phil Hellmuth in High Stakes Duel, the World Series of Poker (WSOP) releasing dates for 2023, and a controversy that grew out of Ethan “Rampage” Yau‘s victory in the WPT Wynn $25K High Roller.

They also offer highlights from the EPT Prague, recap Blake Bohn‘s win for his record-tying fourth MSPT title, Isai Sheinberg and Vince Van Patten receiving WPT honors, and other big stories from the WPT World Championship, including who is still in.

Listen to those stories and more in the latest episode of the PokerNews Podcast!

Tell us who you want to hear from. Let us know what you think of the show — tweet about the podcast using #PNPod, and be sure to follow Chad Holloway, Jesse Fullen, and Connor Richards on Twitter.

Subscribe to the PokerNews Podcast on Apple Podcasts here!

Check Out Past Episodes of the PN Podcast Here!