With the 2023 PokerStars Players Championship just days away, CardsChat caught up with another Platinum Pass qualifier, Sonia Padovani, to get her thoughts on the exotic event.

Sonia Padovani will be channeling her mother’s aggression when she antes up in the 2023 PokerStars Players Championship. (Image: WSOP/Melissa Haereiti)

Padovani is a poker player from the UK who is stepping up to poker’s biggest stage and, as we learned, her mother’s advice will be ringing in her ears at the table. What’s her advice? “Be aggressive” and “don’t come home without the win!”

From Christmas cracker to Bahamian bounty

Bounty tournaments are the latest craze in poker and, for Sonia Padovani, a Christmas cracker turned into the present of a lifetime. It all started with a pre-Christmas tournament at London’s Hippodrome Casino, the home of PokerStars’ live poker room.

“I won my PSPC package in the Hippodrome’s Xmas Cracker Bounty tournament. You got to pick an envelope from underneath a Christmas tree when you knocked out a bounty. The top prize was a PSPC package, and I was lucky enough to find it,” Padovani said.

Padovani is no stranger to success in poker. She’s been playing for more than a decade but took a break for seven years before returning to the felt in 2021. The return, as you can see from her Hendon Mob profile, was a triumphant one as she hit her two biggest scores in the summer of 2022.

Padovani finished second in a GUKPT Luton side event in May, before going deep in UKIPT Nottingham’s main event two months later. With almost $35,000 in prize money from those tournaments alone, her confidence is at an all-time high.

“After having seven years away from poker and only returning over the Christmas period in 2021, I can honestly say 2022 was amazing for me,” explained Padovani.

With 2022 a success, Padovani is looking forward to another good run in 2023. That run will start with the $25,000 PokerStars Players Championship.

“I’m buzzing for 2023. I’m full of confidence and have a lot of goals. The PSPC is much bigger than any tournament I’ve ever played, but I’m confident,” she continued.

Playing and winning are two different things, but Padovani is in the form of her life. In fact, she’s at a point in her poker career where she’s not thinking too far ahead. For her, the cards will determine how she plays in the biggest tournament of her life, but she’s also hoping for a bit of help from Google.

“I will be playing my cards and position that’s for sure. However, I’ll  definitely be Googling every player at my table to see if they’re a pro. I’m going to use the first hour to find my feet. After that, the rest is up to the poker gods,” Padovani said. 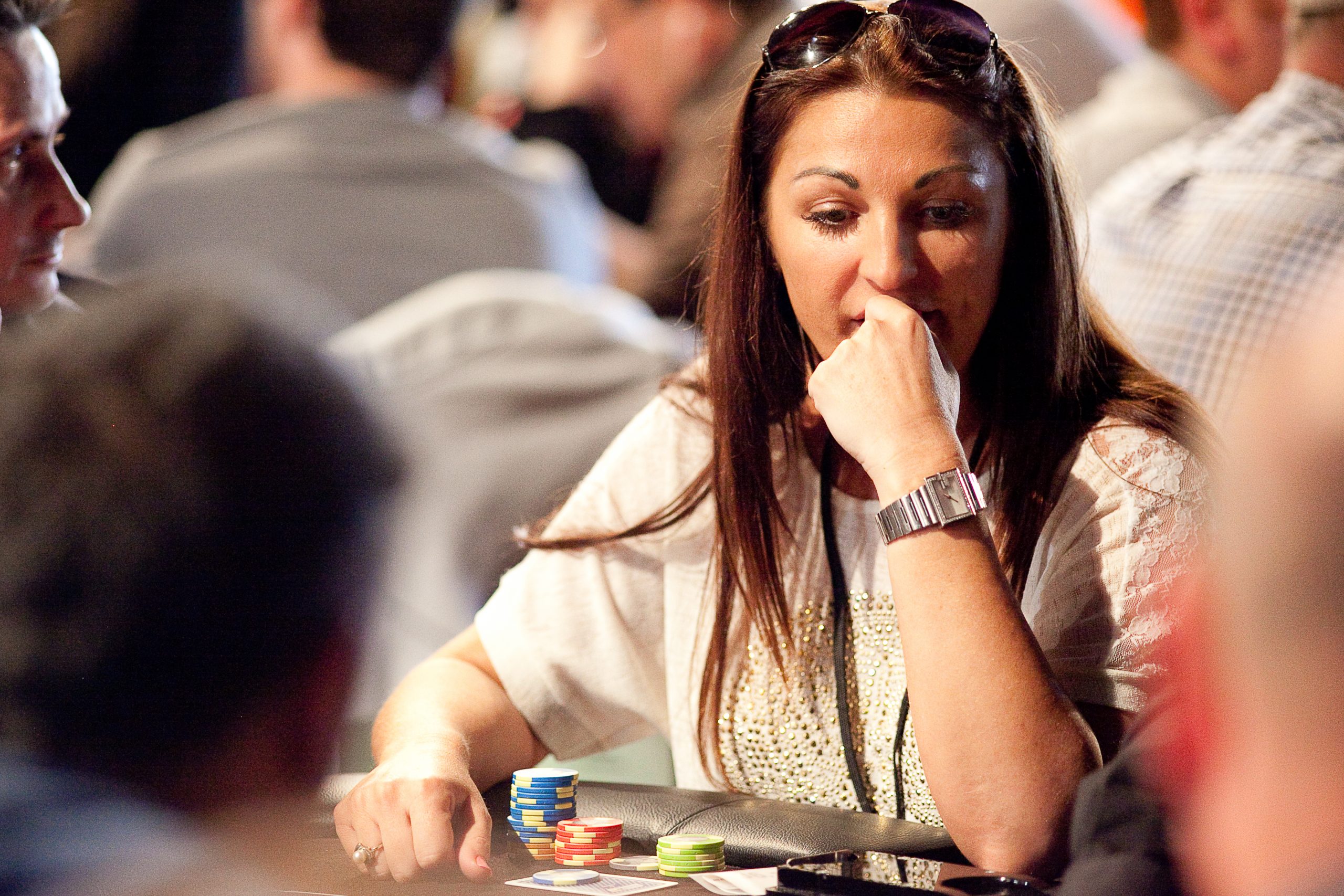 Sonia Padovani will be patient but aggressive at the PSPC. (Image: Flickr)

Padovani’s mother will be watching along with the poker god. She’s also a poker player but won’t be joining her daughter in the Bahamas. She has, however, offered Padovani some words of wisdom.

“My mother is a very aggressive player compared to me. Her advice is to be aggressive. She said don’t be scared to make moves on people,” Padovani told CardsChat.

Those words of wisdom also came with an ultimatum. Although she’ll be happy to see her daughter play for $5 million+ in the PSPC, Padovani’s mom also wants her to win.

“She told me to win it! She said don’t come home without a trophy. My mom has a poker trophy and I don’t. She reminds me every time I question a hand, so I need to win one,” Padovani continued.

Aspirations of getting even with her mom aside, Padovani is looking forward to the PokerStars Players Championship and everything it offers. Winning the PSPC would be great but, like everyone who travels to the Bahamas, she’s looking to embrace the PokerStars Live experience.

“I have waited a year for this trip, so I’m going to enjoy every bit of it. I’m very lucky to be taking my best friend. We’ll be taking part in every activity possible, including swimming with the pigs,” Padovani said. 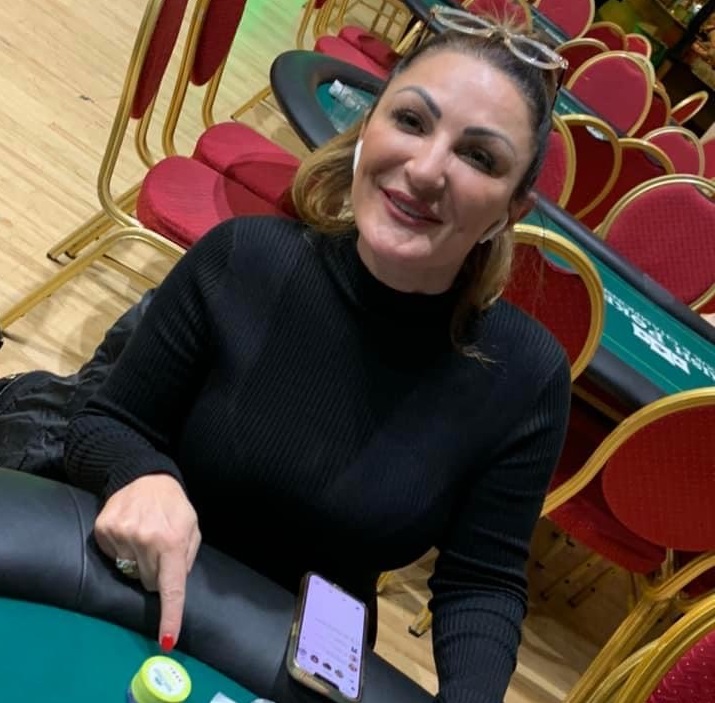 Sonia will be having fun in the sun at PokerStars Players Championship. (Image: Facebook)

Of course, a win would be the icing on the cake. Padovani knows it won’t be easy, but a victory would open doors. 2019 champion Ramon Colillas found that out. He won $5.1 million and, with it, a chance to grind the circuit as a fulltime poker pro. That’s something Padovani would love to do.

“I’ve played the WSOP Main Event and that was a mixed bag, so I expect the PSPC will be similar. Pros can have bad days, so I just want to run good. If I win, I’d move to Las Vegas and play full time. I’d love to be on those private games shown on late night TV,” she said.

Padovani won’t be the only winner if she takes down the Players Championship. Family and friends will also get a slice of any seven-figure prizes she wins.

“My mom needs a hip replacement so she can travel with me more, so I’d definitely help with that. I’d pay off family mortgages so they can pursue their dreams, and I’d invest some money for my two lovely nieces. I’d also help two friends start a business because banks don’t seem to believe in helping people anymore,” Padovani explained.

Finally, as a woman in poker, Padovani wants to use her appearance in the PSPC to inspire more females to play.

“I recently met Jennifer Tilly and she inspired me. I’d really like to use a deep run to get some exposure and encourage more women to try this amazing sport (poker is not gambling, it’s a sport). I’d love more females to join me on wonderful journeys to events like the PokerStars Players Championship,” Padovani said.

You can catch up with Sonia Padovani and everything else happening at the 2023 PokerStars Players Championship by tuning into CardsChat all next week. As well as interviews, we’ll be bringing you personal insights from Baha Mar resort in the Bahamas.

We start a deep dive into philosophical razor's with one

Ognyan Dimov has kicked off 2023 in style, cashing four