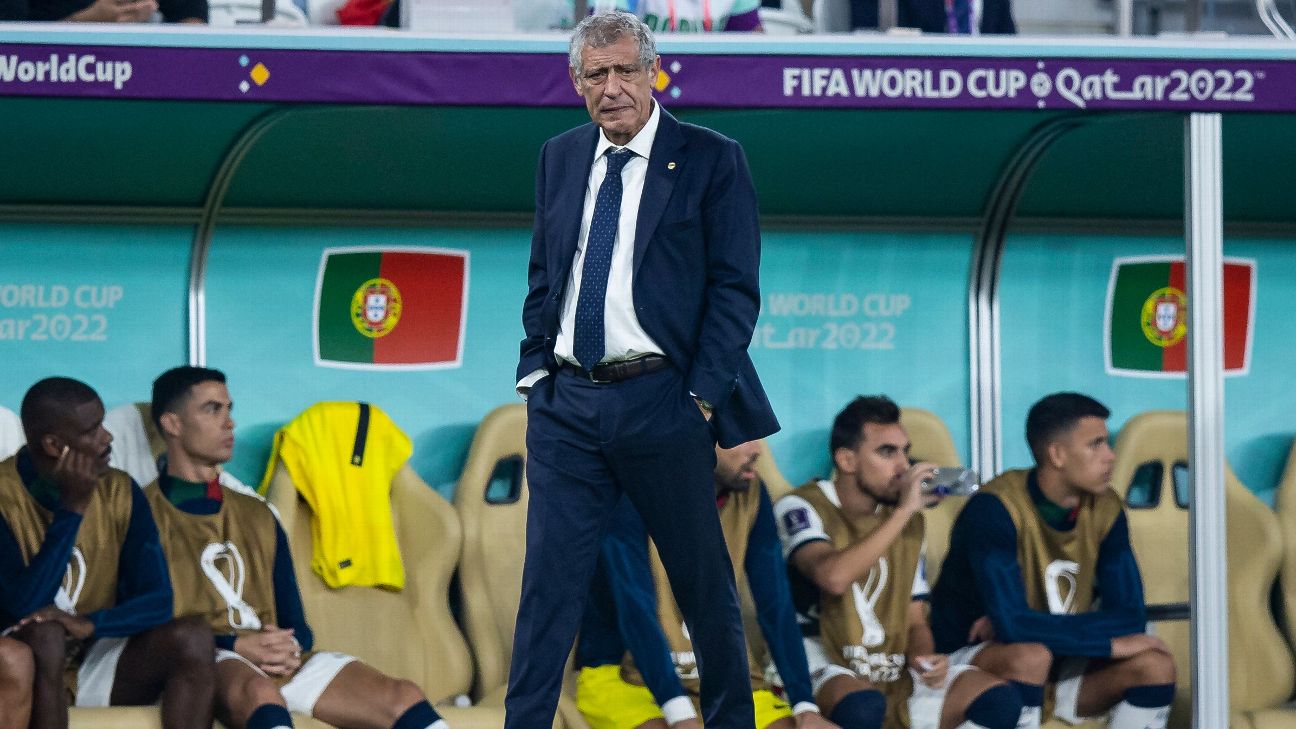 Santos, 68, took charge in 2014 and guided Portugal to their first-ever senior international title when beating France in the final of Euro 2016. The former Greece national team boss also led the Seleccao to the 2019 UEFA Nations League title.

However, his tenure ended in disappointment in Qatar with a surprise 1-0 loss to Morocco.

There was controversy, too, as Santos decided to drop star man Cristiano Ronaldo for the team’s round of 16 game against Switzerland.

A historical . 🏆🏆 Thank you for everything, Coach. 🇵🇹 #WearTheFlag pic.twitter.com/7emUN6LbZB

Santos’ decision, which came following Ronaldo showing visible frustration at being substituted in the previous game against South Korea, was vindicated when replacement Goncalo Ramos scored a hat trick in a 6-1 win.

Santos again started with Ronaldo on the bench against Morocco before bringing him on early in the second half as Portugal unexpectedly crashed out. Afterward Santos insisted he had no regrets about his decision.

“I don’t think so, no regrets,” Santos said. “I think this was a team which played very well against Switzerland. Cristiano Ronaldo is a great player, he came in when we thought it was necessary, so no regrets.

“If we take two persons that were the most upset it is Cristiano Ronaldo and myself. Of course we are upset, but that is part of the job of the coach and the player.”

Speaking about his own future at the time, Santos said: “I reiterate what I said before the competition, I have a discussion with the president and when we go back to Portugal we will deal with the issue of my contract.”