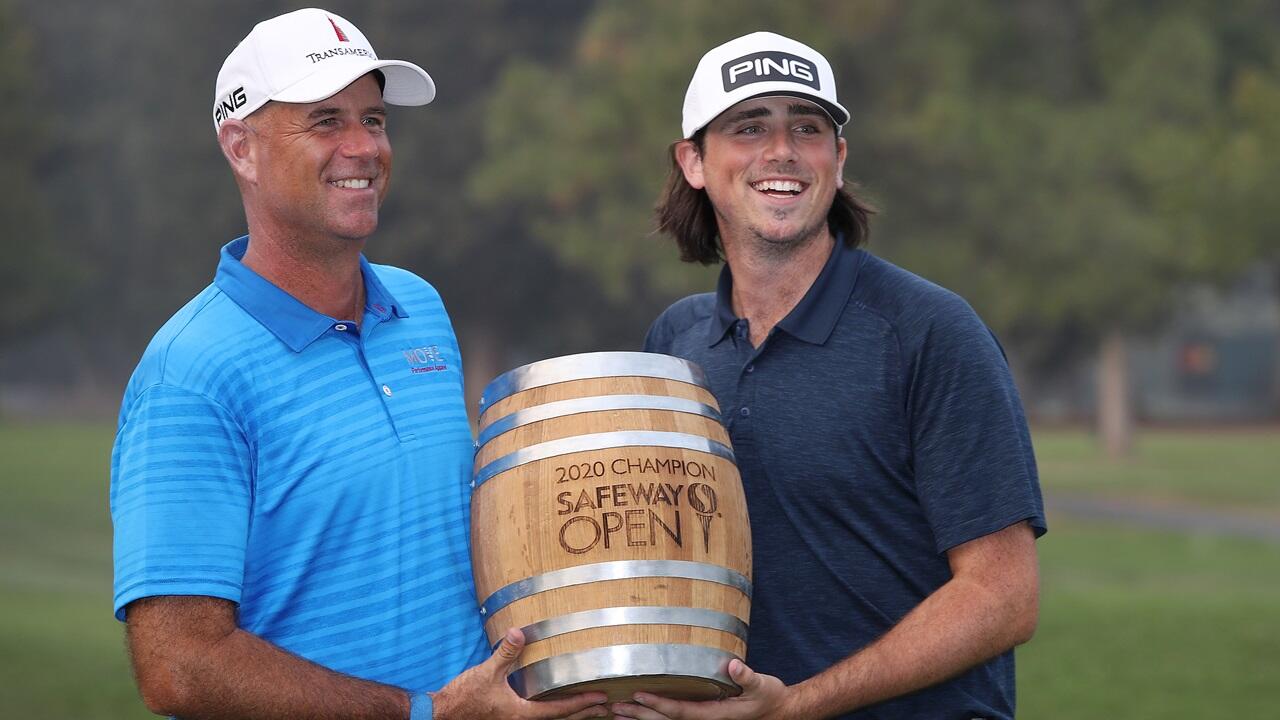 Last week’s winners could barely have contrasted more. The well-fancied pre-event [17.5] chance, George Coetzee, won the Portugal Masters on the European Tour, one week after winning the Titleist Championship at his home course in Pretoria on the Sunshine Tour. While over on the PGA Tour, the almost unconsidered 47-year-old [570.0] shot, Stewart Cink, won the Safeway Open more than 11 years after his last victory – the 2009 Open Championship.

The Safeway Open was the first event of the brand-new 2020/21 PGA Tour season and we may not get a more welcome and heart-warming winner all season. Having taken time away from the game to care for his wife, Lisa, back in 2016 when she had breast cancer, and having secured only 15 top-10s since his Open triumph, with his 23-year-old son, Reagan, on the bag, this was an unlikely but extremely welcome win.

“I definitely had a lot of emotions out there today. I just was overcome at a few times with a feeling of gratitude and just feeling like how fortunate I am to be in the position that I’m in,” Cink said after his win.

“We call it when the bullets are flying out there. The last four or five holes of a PGA TOUR event your name’s on top of the leaderboard, but think about it, I’ve got my son caddying for me, my wife is in almost five year remission now and she’s walking out there just on the side of the ropes, and at 47 I’m able to compete at the highest level and now not just compete, but win,”

Cink was understandably matched at [1000.0] in-running after a relatively slow start and he was still available to back at in excess of [40.0] before the final round, despite trailing by just two strokes but back-to-back seven-under-par 65s over the weekend saw him seal the deal by two over Harry Higgs in second.

Sahith Theegala, who shot 64 on Saturday, and Doc Redman, who fired in an incredible ten-under-par 62 on Sunday, were the only two players to better either of Cink’s weekend rounds so the victory was no fluke.

Coetzee’s victory in Portugal was also by two strokes, over England’s Laurie Canter, but it was far from straightforward.

The burly South African had began the final round with a slender lead and when he missed a tap-in birdie at the second hole, it looked like it might be a long day. After a string of pars, he made a fantastic up-and-down for par at the par three sixth and that turned his day around. He birdied the next two holes – the tough par four seventh and the par three eighth – and he added another at the par four 11th but there was still drama to come.

Having narrowly missed the water on the par five 12th, he failed to make birdie there and pars followed at 13, 14 and 15. Challenges came from Tommy Fleetwood, who was matched at a low of [5.0] and my [55.0] in-play pick, Joakim Lagergren, was matched at just [4.4] when he gave himself a five/six footer for birdie at 18 to post the clubhouse lead but the swede missed the putt and it was Canter that came closest to piling on the pressure.

Canter birdied 16 and 17 to edge ahead of Fleetwood and Lagergren and to move alongside Coetzee and he was matched in-running at low of [2.8] but it was impossible not to be impressed by Coetzee’s finish. The 16th is a very difficult par three 16th but under the utmost pressure, he made it look easy.

Coetzee knocked in his birdie putt there before birdying the par five 17th too, despite missing the fairway off the tee, and it was impossible not to be impressed by his drive up 18 that when straight down the middle. It was an imposing and richly deserved win.

My pre-event picks were all pretty hopeless and backing the halfway leader in Portugal, Julien Guerrier, was a disastrous move.

I thought the 35-year-old Frenchman was a fair price at around 6/4 and I topped up on him after he’d drifted before he teed off but the poor man was clearly crippled by nerves and after a 75 on Saturday, the writing was on the wall. To his credit, he did tie the lead again when he birdied the tough par three sixth on Sunday but any glimmer of hope was short-lived as he followed that with a bogey at seven and a double bogey at nine. It wasn’t pleasant to watch and he eventually limped to a tied eighth finish – never to be backed again.

I didn’t get anything out of my Lagergren wager and the missed putt on 18 was extremely costly. Had he made that putt, I’d have definitely layed some back.

As highlighted in the In-Play Blog, my only in-play bet at the Safeway Open was on Ricky Barnes at a monstrous [500.0] yesterday and there was a brief moment when the miracle win looked on. The 39-year-old played his first nine holes in four-under-par to tie the lead but not for the first time, he too was struck by nerves and he bogeyed 10, 12 and 13 before eventually finishing tied for 23rd.

It was disappointing to have such a poor week but I’m certainly not going to dwell on it and I don’t have any regrets. This was only Coetzee’s second win outside of his native South Africa and he was way too short for my liking in a tournament that nearly always goes to an outsider and I couldn’t have picked out Cink if I’d have spent a fortnight going through the field at the Safeway!

It was just one of those weeks and I’m more than happy to move on given what we have to move on to. The European Tour remains in Portugal for the Open de Portugal and I’ll be back later today or tomorrow with my preview for that but the one I’m really looking forward to is the year’s second major – the US Open – which begins on Thursday at Winged Foot. I’ll be trawling the side markets today and tomorrow and I’ll publish my thoughts on those tomorrow or Wednesday but I’ve already previewed the event here.

Tobias Gourlay's in Sweden for the Superettan match betwe