With Arsenal not in action until Monday evening – read Mike Norman’s betting preview of the match here – north-London rivals Tottenham took advantage in the race for the final Champions League-qualification position this weekend, smashing Newcastle 5-1 to climb into fourth spot.

The Magpies had taken the lead at the Tottenham Hotspur Stadium on Sunday afternoon, with centre-back Fabian Schar scoring in the 39th minute.

But Spurs were level four minutes later and a goal to the good by the 48th minute, the strikes coming via wing-backs Ben Davies and Matt Doherty.

Son Heung-min then notched his 14th league goal of the season, before Emerson Royal and Steven Bergwijn rounded out the rout.

Talk about making an instant impact

Steven Bergwijn adds Spurs’ fifth of the afternoon just minutes after coming onto the pitch!pic.twitter.com/UScDdzSFrw

For the time being, Arsenal have two games in hand and are behind Spurs only by virtue of goal difference.

But the nature of their Newcastle victory and their rise to fourth, no matter how temporary in proves to be, will be a boon to Antonio Conte’s side’s belief in their pursuit of a Champions League return.

There was a win for another top-four contender on Sunday, too, as West Ham saw off struggling Everton 2-1 at the London Stadium.

Aaron Cresswell and Jarrod Bowen scored either side of a rare Mason Holgate goal to secure all three points and a rise to sixth place for the Hammers.

Manchester United end the weekend in seventh, after being held to a 1-1 draw at Old Trafford by Leicester City in Saturday’s evening game. 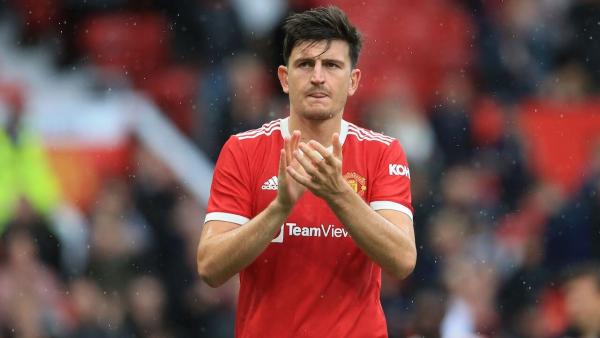 The away side took a 63rd-minute lead when Kelechi Iheanacho dove to head beyond David de Gea, but United were level just three minutes later as Fred pounced to snaffle the rebound after Kasper Schmeichel had saved from Bruno Fernandes.

United were unable to muster a winner and, in the end, could have been left pointless if not for a VAR intervention for a foul in the build-up to what would have been an 80th-minute winner from James Maddison.

Ralf Rangnick’s side are now three points adrift of fourth place. Should Arsenal beat Crystal Palace at Selhurst Park on Monday night, the Red Devils will be six points back, while still having played a game more than the Gunners.

Bees Buzzing at the Bridge

It looked like being plain sailing for Chelsea when Antonio Rudiger launched a stunning 30-yard strike in off the post to put the Blues 1-0 up against Brentford early in the second half at Stamford Bridge on Saturday.

But Chelsea’s joy was short-lived. Just two minutes later, the Bees were level through a rasping, left-footed Vitaly Janelt drive from the edge of the box. By the hour mark, drop-battling Brentford were 3-1 ahead, with Janelt again a scorer after former Spurs playmaker Christian Eriksen had notched to put the away side in front. 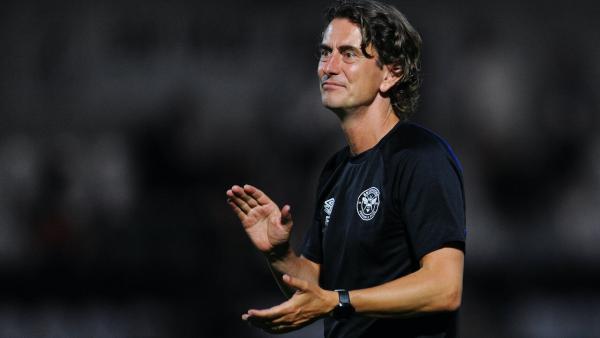 And Brentford completed a 4-1 romp when Yoane Wissa profited from some slapstick defending to score in the 87th minute.

That victory means the Bees have all but booked a second year in the Premier League, as they find themselves in 14th place, 11 points outside the drop zone. They are out to 40.039/1 on the Exchange in the Relegation market.

No change at the top

It was a routine afternoon’s work for Manchester City on Saturday afternoon, as they saw off Burnley 2-0 at Turf Moor to maintain their place atop the Premier League table.

Kevin De Bruyne put City ahead in his the fifth minute, when he rifled home his 10th goal of the season. And Ilkay Gundogan put Pep Guardiola’s men 2-0 up 20 minutes later, his low strike creeping beyond Carets keeper Nick Pope and into the bottom corner.

City are 1.538/15 on the Exchange to be crowned Premier League champions for a second successive season.

Earlier on Saturday, Liverpool had briefly assumed top spot thanks to a victory in their lunchtime kick-off against Watford at Anfield.

Diogo Jota – the top flight’s joint-second-highest scorer this season with 14 goals – nodded home a sublime Joe Gomez cross from the right to give the home side a first-half lead.

And the Reds doubled their advantage late on when Fabinho converted an 89th-minute penalty.

Liverpool’s place at the Premier League’s summit was short-lived, but they remain hot on City’s tail, trailing the reigning champions by just a point with eight games remaining.

Jurgen Klopp’s side are available to back at 2.8815/8 on the Betfair Exchange in the Premier League Winner market.