PSG’s Lionel Messi to mull return to Barcelona or venture to MLS? 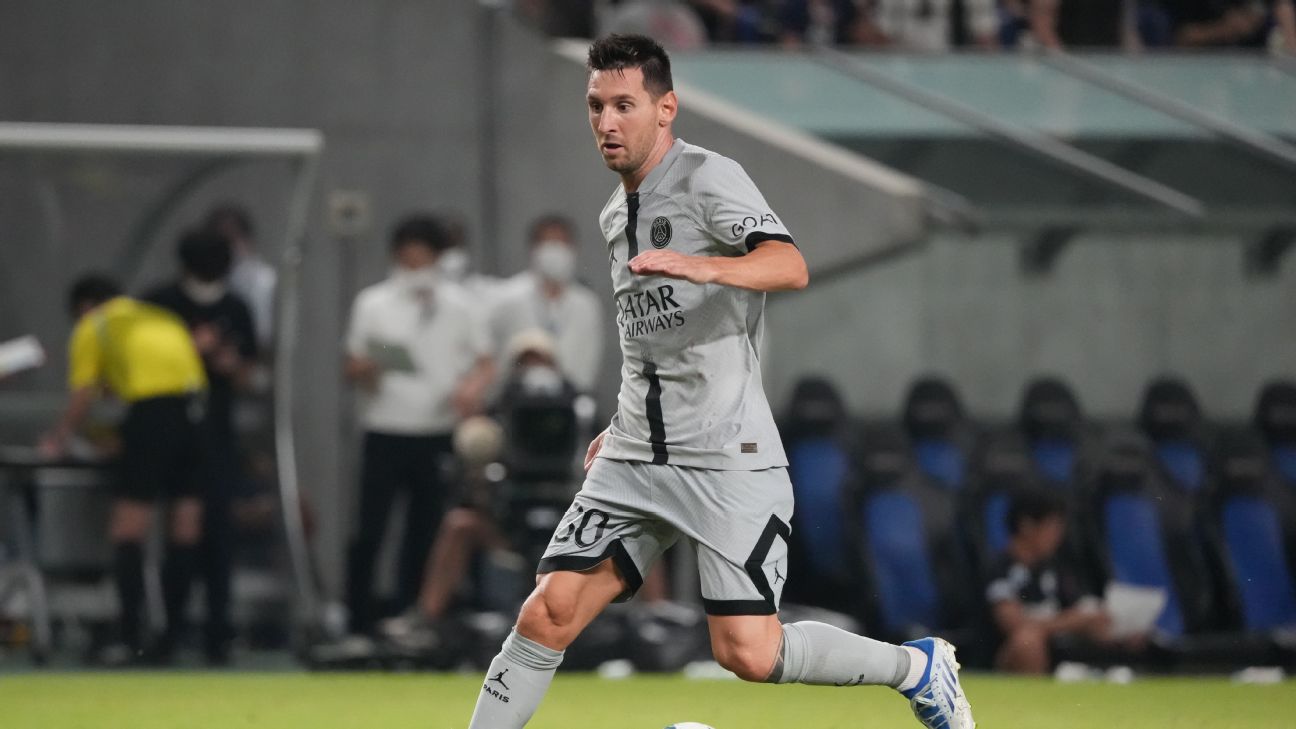 The summer transfer window is here, and there’s plenty of gossip swirling about who’s moving where. Transfer Talk brings you all the latest buzz on rumours, comings and goings and, of course, done deals!

TOP STORY: Messi back to Barcelona?

While there is no chance of an immediate move, there will always be interest in Lionel Messi‘s future and Diario Sport have delved into what that could involve.

The Argentina man has one year left on his contract at Paris Saint-Germain but the 35-year-old will wait until season’s end to decide his next step.

The report states that Messi could move to Major League Soccer, stay at PSG, or return to Barcelona — although there is also mention that he could even hang up his boots.

Barcelona president Joan Laporta made headlines earlier this month when he said that the “Messi chapter” at Camp Nou isn’t over. Barcelona manager Xavi Hernandez said bringing in Messi is “impossible” at the moment, but he has not definitively closed the door on bringing him back in the future.

Inter Miami CF‘s chief business officer also hinted at a future move for Messi, stating that a potential deal would serve “reference point for football in the U.S.”

Prior to his arrival to PSG in 2021, the 35-year-old had spent all of his career at Barcelona, where he scored 672 goals in 778 appearances and won a host of trophies.

Messi is targeting a first World Cup win with Argentina later this year in Qatar. He is his country’s all-time top scorer with 86 goals in 162 appearances and last year broke Pele’s record for the most goals scored for a South American nation.

– Real Madrid are showing an interest in signing Fabian Ruiz as a free agent in 2023 if his Napoli contract is not extended, reports Fabrizio Romano. Carlo Ancelotti remains a big fan of the Spaniard after initially being the man to take the midfielder to Napoli during his time there.

– Juventus are set to challenge West Ham United to sign Eintracht Frankfurt winger Filip Kostic, according to Calciomercato, who add that the Old Lady have contacted his agent to see where the Hammers are in their negotiations. Eintracht are asking for €15 million and there could also be demands for €2.5m to €3m in bonuses, with it perhaps not too late for Juventus to make their move.

– Angelino missed RB Leipzig‘s German Supercup loss against Bayern Munich on Saturday in order to sort out his future, as reported by Sky Sports Deutschland. David Raum‘s pending arrival means the Spaniard would no longer be as prominent and will therefore look to leave, with TSG Hoffenheim a potential destination.

– AS Roma will move to sign free agent Andrea Belotti when Eldor Shomurodov‘s loan departure to Bologna is confirmed, reports Calciomercato. The former Torino striker would much rather join them than Valencia as it would allow him to stay in Italy, and he will ask for €3m but could settle for less depending on the contract length and bonuses offered.

– PSG want Everton to pay almost all of Idrissa Gueye‘s wages if he joins the Premier League side, as reported by Fabrizio Romano. The clubs are currently holding negotiations to make a deal happen after talks were opened earlier this week ago with all parties, including Gueye himself, interested in a move. Romano had previously mentioned that PSG are keen to move him on as soon as possible.