I thought Manchester United would give the interim manager’s position to Michael Carrick for the rest of the season, but when you have someone like Ralf Rangnick, who has such a great reputation and is reportedly set to be appointed, interested in the role, he would have been difficult not to consider.

It did come as a surprise to me, as I wanted Carrick to have the chance to show what he could do, but Rangnick is not someone you can overlook. It would be no surprise, if he makes a success of the next few months, to see him get offered the permanent position and, if not, he will work well as an advisor.

He’s highly respected in the football world, however with all due respect, he has managed teams like Schalke, Stuttgart and Leipzig, but he has never managed really big teams. United is one of the biggest clubs in the world, so this is going to be something new to him. It’s going to be interesting to see how he will cope with that situation.

I played against Rangnick’s teams when I was at Bayer Leverkusen. He has since built great teams like Leipzig and he was very strict with discipline, knew how to build a team and was highly dependable.

I read somewhere that he is a huge believer in the concept of the three Cs – concept, competence and capital. Implementing a concept and continuing the specific DNA of a club is the first priority. The DNA of United has always been attacking football, so I’m pretty certain he will want to keep that ethos.

Second is competence – to know what you’re doing and to find the best possible people for each position.

The third, and this is very important, is cash. To build the first two you need money and this is not a problem at United, so he should do well.

United need to be at their best against Chelsea

I hope United can get something at Chelsea on Sunday but it’s going to need a great effort because the Blues are playing great football. Chelsea get the results, whether they play ugly of attractive football. At the moment, they’re scoring goals with ease.

But United are capable of beating Chelsea. As much as there is still a bit of Ole there, Carrick has ideas that he will want to help implement in the team going forward. So I’ll be curious to see what these new things are going to be. I wish for United to get a good result, but it’s going to take a really big effort.

Fernandes is fundamental even after being benched

I would like to think Bruno Fernandes was given a rest on Tuesday against Villarreal, and not dropped as he was on the bench for an important game. At the same time, you can ask, why wasn’t Ronaldo wasn’t on the bench?

Benching Fernandes was the decision of the manager and it was the right decision because United won. Fernandes is fundamental for the team. Yes, they won, but there is still a lot of work to do to be considered Champions League or Premier League challengers. 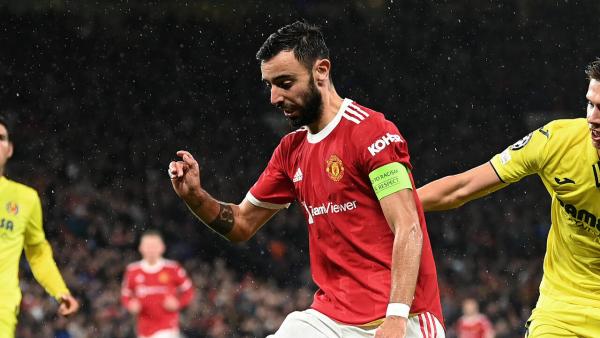 Maguire can come through bad patch and rally United’s defence 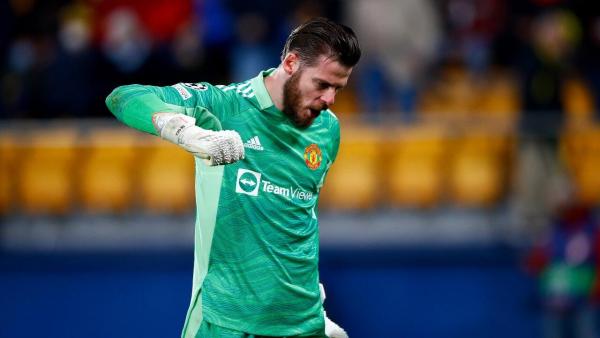 Maguire is very good on the ball and composed. Everybody has bad games in their careers, you can’t escape that. He’ll be fine. There is a good squad in the changing room, they’re behind each other. I want to see more responsibility taken on the pitch, if someone is not doing something right, you should tell him. You say it because you want the team to play well. You scream at your teammates, you fight if you want, it stays on the pitch because you want to win.

I don’t think PSG’s star-studded frontline is working at the moment. I think there is a glimpse of what it can be, but it’s not there yet. Is it because they are still trying to find their rhythm? Is it because of something else, the moment is not right when they play or maybe the whole team is not producing good results?

They’re trying, I can see that. But at the same time, when they play big teams like Man City, you could see sometimes that they knew exactly how this trio was going to play, how they were going to pass – they were predictable – and the City players read the game and knew how to stop it.

They need to do a lot of work to make it click. Lionel Messi, Neymar and Kylian Mbappe need to justify that label of ‘the nightmare trio’ for the defence. They can produce much better play and help the team produce good results.

We live in the era of Messi and Ronaldo. We are happy enough to play against them and with them – I was lucky enough to do that. But for me, this year Robert Lewandowski has been a goal machine. He deserves to win the Ballon d’Or based on everything he’s doing and the goals he’s scoring.

Of course, last year, they didn’t award the Ballon d’Or and he deserved it then. So not only because of that, but overall, for his play and goals, this is his year and if he doesn’t get it I’ll be disappointed.

#VARBatov will be back this weekend! If your bet is affected by an injustice just like these two were, Dimitar Berbatov will take a look at it for you. Pays outs, money back, free bets, any could happen if your bet was affected! Simply send in your slip to @Betfair using #VARBatov and our man will make his ruling on Monday.

Did you back Sadio Mane or Ivan Perisic to score first on Wednesday?

#VARBatov has had a look at both ‘goals’ ruled out by VAR for being a toenail offside.

The decision is…we’re paying out all pre-match singles on both players to score first, because we’re Betfair! pic.twitter.com/cKrp5YfkmM