One of the most curious pieces of placing I have seen this season was Romain De Senam making his debut for David Pipe in the Midlands National over 4m2f in the mud at Uttoxeter last month, a horse who would struggle to get 3m with a rocket shoved up his derriere.

It simply screamed: “We are running him here to get some weight off for the proper target.”

I imagine he may be trading in three-figures through Friday, such is his profile, but that’s my suggested starting point.

Aintree has long been Pipe’s plan

I admit to backing him each-way at 66/1 in a couple of spots on Wednesday morning (he’s still that price now), but he is a win-only selection for the purposes of this tip – there is obviously massive blow-out potential – but feel free to add in the place part for yourself, if you are so minded. The Exchange will have any number of place lines on Friday.

That Uttoxeter run was a touch rosier than the in-running comment of “always towards rear, pulled up before 19th” suggests too. He actually travelled well enough for a long way out the back before his rider started animatedly looking down and to the left, and quickly ended his race (admittedly, he had started to push on him a fence earlier).

You could argue that was worrying as regards his chance here but the fact he is lining up indicates no physical issue – and he will have to be 100 per cent sound to pass the strict vets here – and I am inclined to believe that Aintree has been the plan for a while.

If it has – and granted, the Grand National may have been his number one target, as strange as that may seem as regards his non-existent stamina – Pipe has got him here on a very attractive mark over his best trip.

He can race off 139 (he would have been 3lb higher in the National) and that is 10lb lower than his peak mark, and some 9lb lower than an excellent fourth, beaten just seven lengths, in the old Racing Post Trophy at Kempton last year. And that was just three starts ago.

Usual provisos apply, as regards luck in-running and taking to the fences, but he has twice run well at this track – finishing fifth in a Red Rum at this meeting – and hopefully the 10yo has one last hurrah in him.

It is a big test for his 7lb claimer and I don’t want the ground to get too testing for him, as it looked absolutely filthy at Aintree on Thursday – though he won by 12 lengths at Musselburgh, off just 1lb higher mark than this, in the soft on 2021 New Year’s Day – but that is not deterring me at the price.

He clearly has had his issues – Pipe was talking about having him “out soon” when he did an interview back in November – but I never apologise for tipping at a huge price when I can make a cogent case. And I hope I have here.

Add Mac as an alternative

My old each-way buddie Spiritothegames, a cracking third in the Plate off this mark last time, Batcio and Mac Tottie were my alternatives, and I am going to suggest you split your stakes and back the latter win-only at 12/1 with the Sportsbook, too.

The case for him is simple.

Mac Tottie is, somehow, back on the same mark as when winning the Sefton over these fences in November (he fell in the Becher the following month), and he has surely been primed for this.

His last-of-three at Newcastle last time, after a break, was a stepping stone and Peter Bowen has a great record in this race.

I’ll go back to the start of the card though, and take it in chronological order.

The 2m4f handicap hurdle at 13:45 opens the afternoon – I know it isn’t on ITV but I am covering it, so there – and the three obvious ones towards the top of the market for me were Langer Dan and Cobblers Dream (how they collectively broke my punting heart in the Martin Pipe, but they haven’t been missed in the market here) and Balco Coastal (who didn’t do my betting balance any good either when hating the Sandown slop in the Imperial Cup).

However, my sole bet in the race has to be Navajo Pass, who was put in at 50/1 when the first firm went up on Wednesday morning.

That went, along with the 40s, but back him at 33/1 each way, five places, with the Betfair Sportsbook.

This horse is a prime example of how the handicapper has been dropping some horses for fun this season, and Navajo Pass is just a 6yo, not an old-timer.

In fact, it is the most extraordinary piece of handicapping I have seen all season.

He has been downgraded an amazing 17lb for his four starts this season and I have no idea what Brian Hughes was doing on him over 2m5f (the furthest he has ever raced over, admittedly) at Kempton last time.

He dropped this normal front-runner out the back and came around the outside, so there was no surprise at all that he never got competitive. He was still travelling kindly turning in, too.

But he got eased another 5lb for it, he is down to a mark of just 132, and this horse is now 10lb lower than when winning by 9 ½ lengths over 2m4f in soft ground at Musselburgh last season.

And he was actually rated 156 after beating Buveur D’Air in a Grade 2 at Haydock afterwards, though that was a ridiculous rating.

He may be better at 2m but he has that Musselburgh 2m4f win on his dance card, a ridiculously low handicap mark, Theo Gillard back on claiming 3lb, and it is very interesting that they are sticking a first-time tongue-tie on him as well.

I will very happily take my chance at the price, especially with the Donald McCain yard continuing to fire on both barrels.

The Betfair Sportsbook originally went 11/2 about First Street in the Grade 1 novices’ hurdle at 14:20, and are now into 9/2, but he remains a cracking each-way bet at the revised price.

Again, I am more than happy to take on Jonbon at the price, and El Fabiolo’s odds are all gossip and far less substance – though he has drifted a touch to a more realistic level – which is the opposite to First Street.

His form has taken off since having a wind op and a mid-season break, and he followed up his Kempton win with a Betfair Hurdle third, and he stepped up another fair chunk in the County Hurdle last time.

He does shape as if further will suit him – and of course he has had two tough races in the best 2m handicap hurdles, which is a concern, I admit, as regards to his freshness – but he did run a screamer when failing by just 1 ¼ lengths to give the hugely-touted (and Grade 1 horse in waiting) State Man 1lb at Cheltenham, in a fast time with all the right horses in behind.

He will have to be dragged kicking and screaming out of the top three if reproducing that form.

You could argue that he comes in here in as the top dog on ratings, with Vina Ardanza, already nibbled from 20s, the big potential improver.

No betting opinion in the four-runner 3m novices’ chase at 14:55 for all it is obviously a cracker.

Actually, I will qualify that, as it is not hard to see a scenario where the big three in the market get collectively backed to such a degree that Fury Road drifts to a silly 20/1+ price on the Exchange, at which point I may have to get involved. His Grade 1 win at Leopardstown puts him right in the form ballpark here. 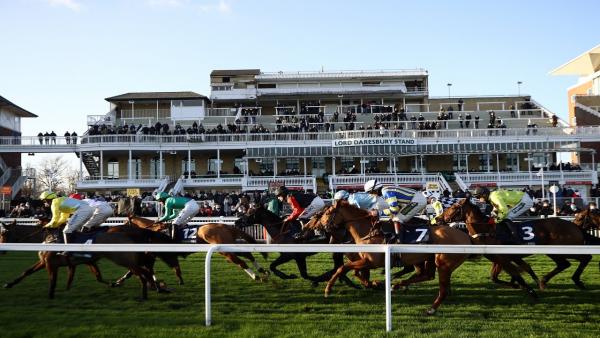 The fact that just 7lb on official figures covers the 10 runners in the 2m4f Grade 1 at 15:30 tells you the story. It is a very hard race to unravel.

Preference at the prices would be for a couple, notably Hitman at 14/1+ on the exchange, as he ran a great race when second in the Tingle Creek, his stable were under a cloud when he was third at Newbury last time, he ran well at this meeting last season and the step up to 2m4f will suit this 6yo. He wouldn’t want it too soft, though.

And I can definitely see the case for the up-in-grade Paint The Dream at 20/1+ after what he did at Newbury last time.

It is a tough race to call though – I may keep it simple and try and get Fakir d’Oudairies in the book by laying him at 6/4, and have the field running for me at 4/6 – and I am happy to sit it out.

We have already dealt with the Topham and nothing is flashing at me in the concluding 2m conditional jockeys’ handicap hurdle on RTV – with perhaps the exception of 15/2 chance Homme Public, impressive at Newcastle last time – so on to the 3m Grade 1 Sefton Novices’ Hurdle at 16:40.

Take the 14/1 with the Sportsbook if you want to back him each way and take advantage of four places.

He won as he should at heavy odds-on at Huntingdon last time, having previously come out the best horse at the weights when just chinned by Elle Est Belle over an extended, yet inadequate, 2m3f at that track previously.

However, his chance here is all about the trip. He was a ground-versatile stayer on the Flat and the manner in which he charged home on the run-in, after looking beaten two flights earlier, to be beaten just two lengths by Stag Horn over 2m5f soft at Warwick in January is surely a massive pointer to his chances here.

Trainer Stuart Edmunds has won with three of his last six runners , and he won with Rowland Ward on this card last season, as well as Hometown Boy on Grand National day. He is not an operator to be underestimated.

Actually, I have gone back and had a look at the final race and I have come to the conclusion that Homme Public is a bet at 15/2 each way, five places, with the Sportsbook.

If the ground doesn’t ride too testing by race-time (though he has form on deep ground) then he is surely a big runner here. He did go up 8lb for that Newcastle win but it came in a good time and a revised mark of 125 is only what he was raced off last season.

His stable are in roaring form (four winners from their last seven runners) and the first-time cheekpieces for him is very interesting. This yard know what they are doing with headgear, and wins for two of those recent scorers, The Questioner and Jet Of Magic, came after the pieces were applied of late.

Pace Maps for all Friday races at Aintree