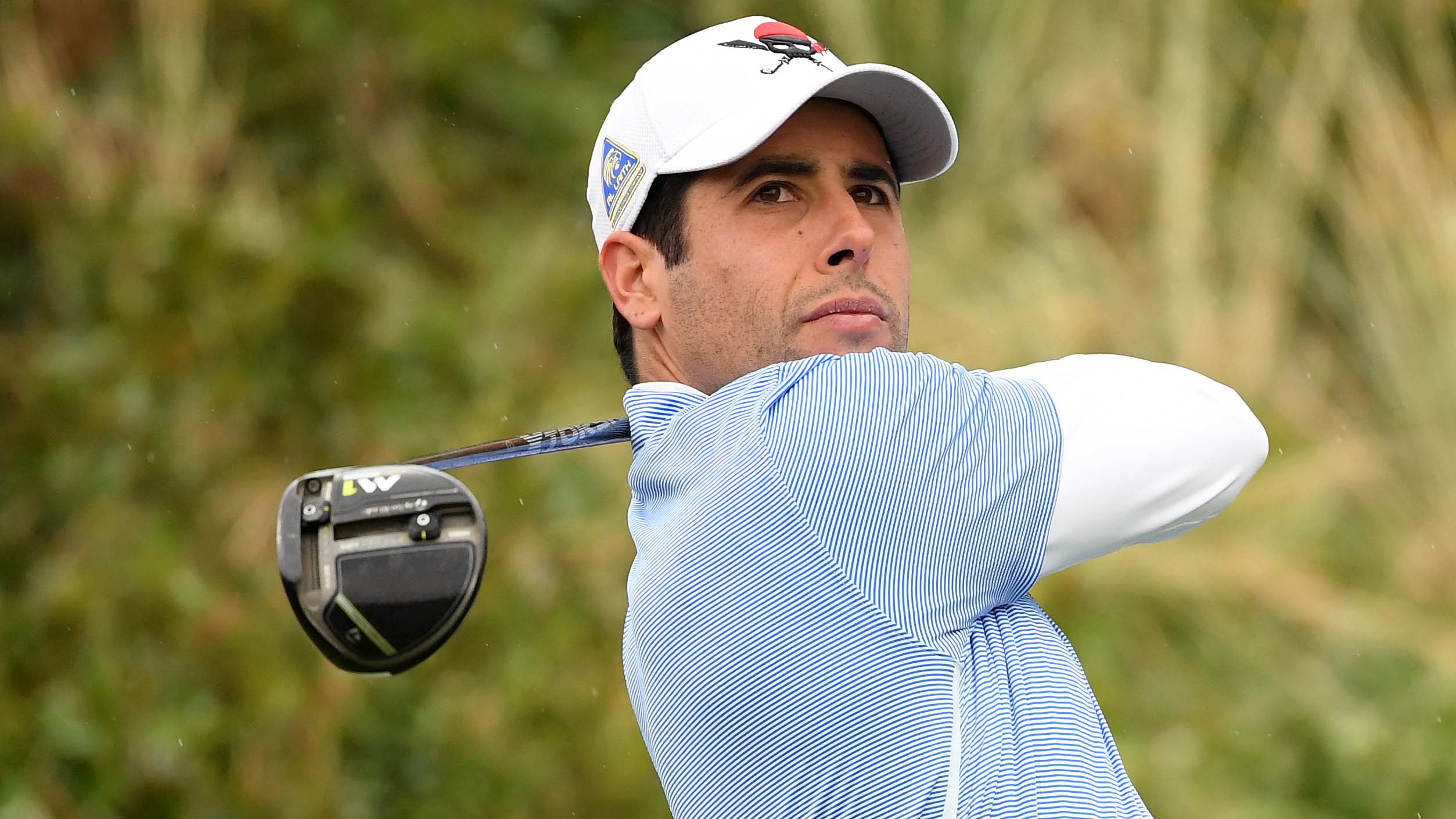 There wasn’t a big differential between the AM-PM scores at the Scottish Championship today, with the afternoon starters averaging just 0.24 strokes less than those that began their rounds in the morning, but the scoring wasn’t great first thing when the weather was at its coldest.

As the day warmed up fractionally, so did the scoring, but the chilly start didn’t stop Adrian Otaegui. Playing in the second three-ball off the first tee, at 8:10, the Spaniard set off like a scolded cat, with birdies at his first three holes. He added another at the seventh to make the turn in four-under-par before ripping up the back-nine in six-under.

Otaegui’s ten-under-par 62 was the best of the day by three strokes but the pre-event favourite, Matt Wallace, who began his opening round after lunch, looked like catching the Spaniard when he began his first round even faster.

Like Otaegui, Wallace birdied the first three holes but he also added an eagle at six and a birdie at eight. At six-under with still ten to play, he looked like he might finish the day in front but he picked up just one more stroke to end the day alongside South Africa’s Bryce Easton in a tie for second.

Wallace and Otaegui dominate the market but it looks like a tournament to treat with caution. The likes of Aaron Rai (-6), Lee Westwood (-5) and pre-event pick, Eddie Pepperell (-4), have all started fairly well.

I’m tempted to back Brandon Stone at 24/125.0, who sits alongside Westwood and my other pre-event pick, Marc Warren, on -5 but I’m happy to wait and see what tomorrow brings.

Over at the CJ Cup, one of my pre-event picks, the favourite, Dustin Johnson, withdrew on Tuesday after testing positive for COVID but having sat in for Paul Krishnamurty, I’ve added a couple more picks via the Find Me a 100 Winner column – Brendon Todd and Shane Lowry.

They’ve only just started there and Todd has bogeyed two of his first three holes so it’s been an inauspicious start to say the least. I’ll take a good look at the tournament in the morning and if I get involved in-running I’ll update again before round two.