There were record-breaking events on both sides of the Atlantic this week, which means we’ve got another impressive selection of Big Winners. Topping the bill after beating a stacked SHPRO Championship field is Sergio Aido. Also riding high after falling three times at EPT Barcelona is Canadian pro Mike Watson. To find out how they got on — and to learn about other notable performances from around the world — scroll down for CardsChat’s Big Winners of the Week ending Sunday, Aug. 14. 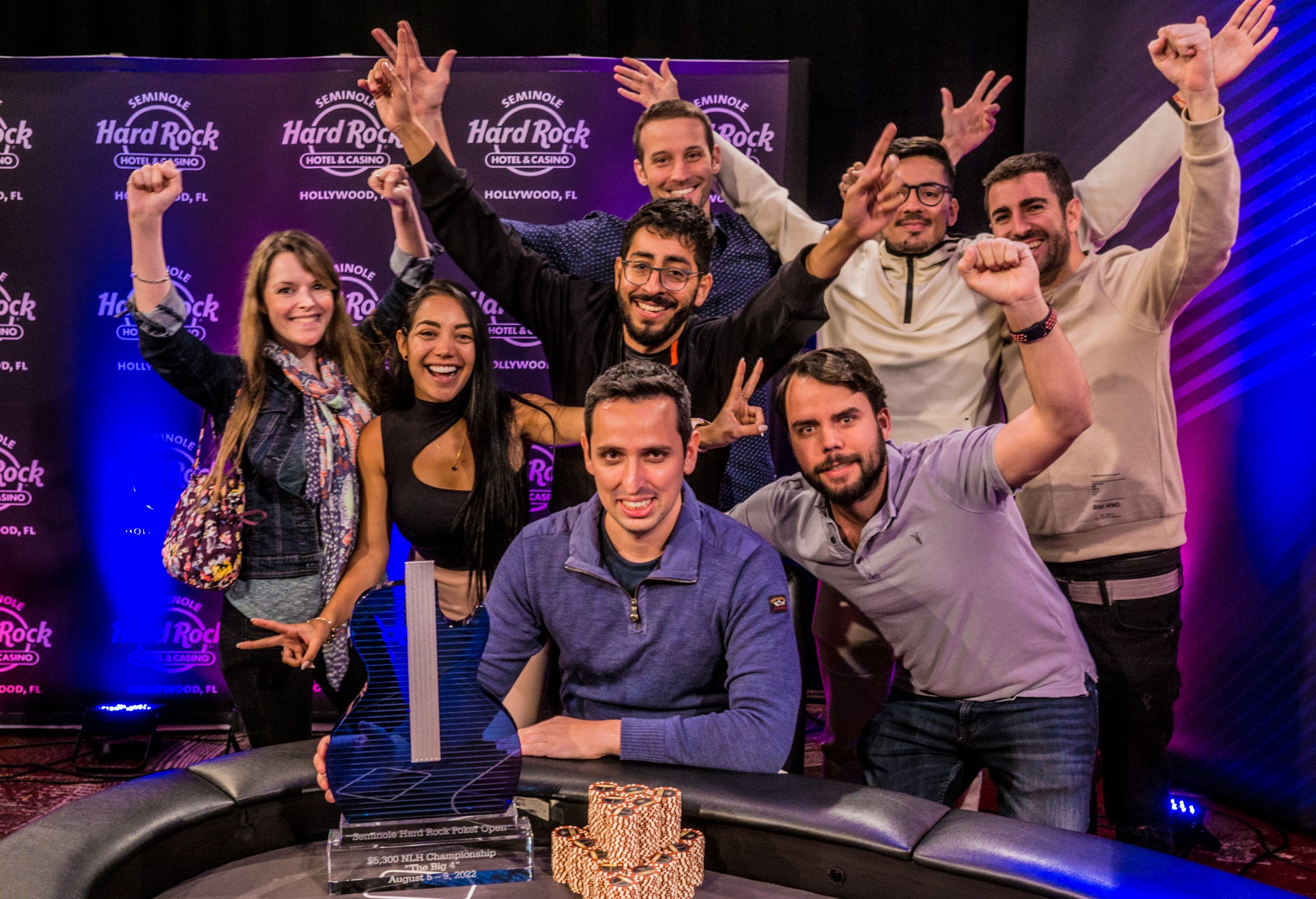 The SHRPO continues to crush records and, on Tuesday, Aido took down the festival’s $5,300 championship event. The $3 million guarantee was enough to pique the interests of players across the community and, when the registration desks closed, a total of 1,110 entries had been collected. That pushed the prize pool to $5.3 million and gave Aido the chance to win the third biggest prize of his career. The Spanish pro finished fourth behind winner David Peters in the SHRPO super high roller on Aug. 5. He jumped straight into the championship event and, more significantly, his 10th live title. 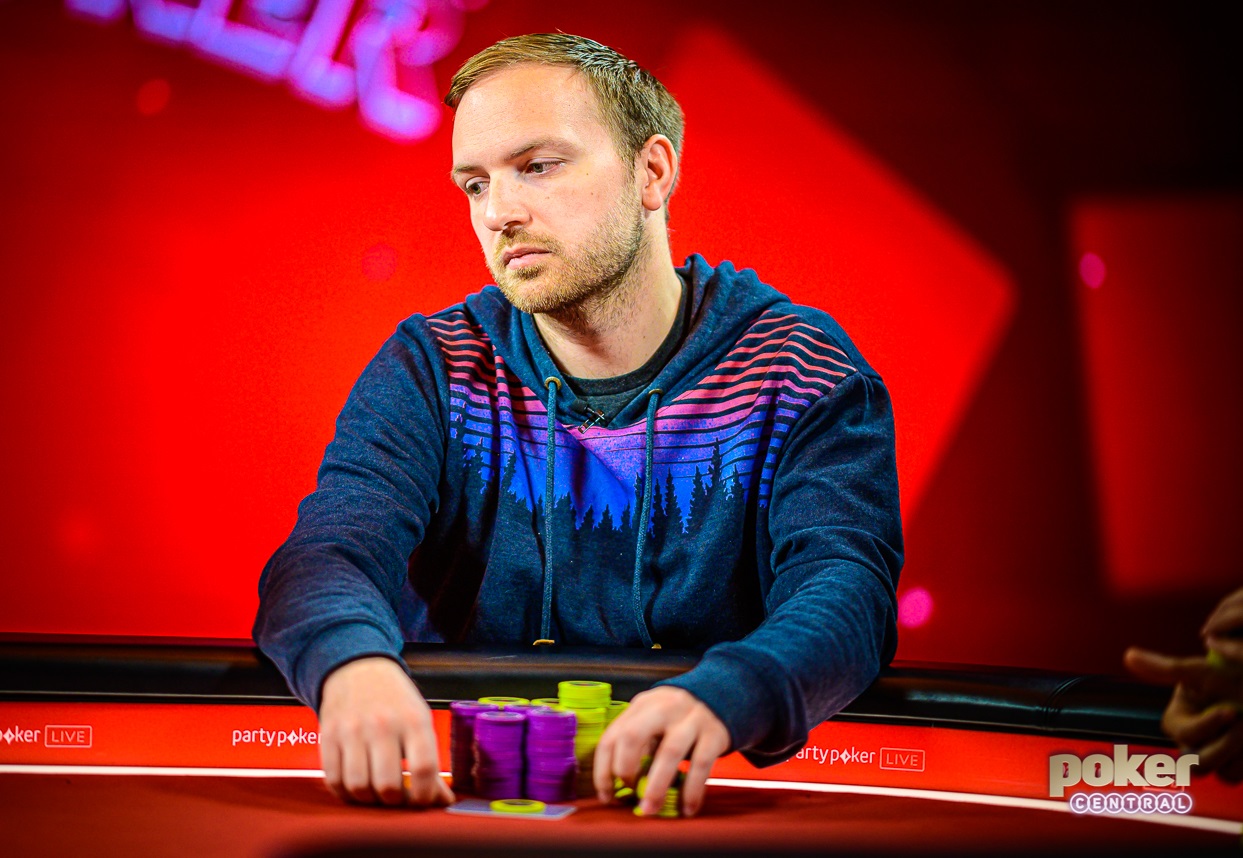 It only lasted a day, but the €50K ($51,200) event attracted enough players to ensure Watson walked away with almost $900K on Saturday. With players from around the world flying to Spain for some fun in the sun, the Canadian was one of 39 high rollers fighting for the title. With 20 players exercising their right to re-enter, the final number of entrants hit 59. Watson was one of those who added to the prize pool multiple times. He was eliminated within the first few minutes of play and then a further two more times before he built enough of a stack to push on and win the third largest prize of his career. 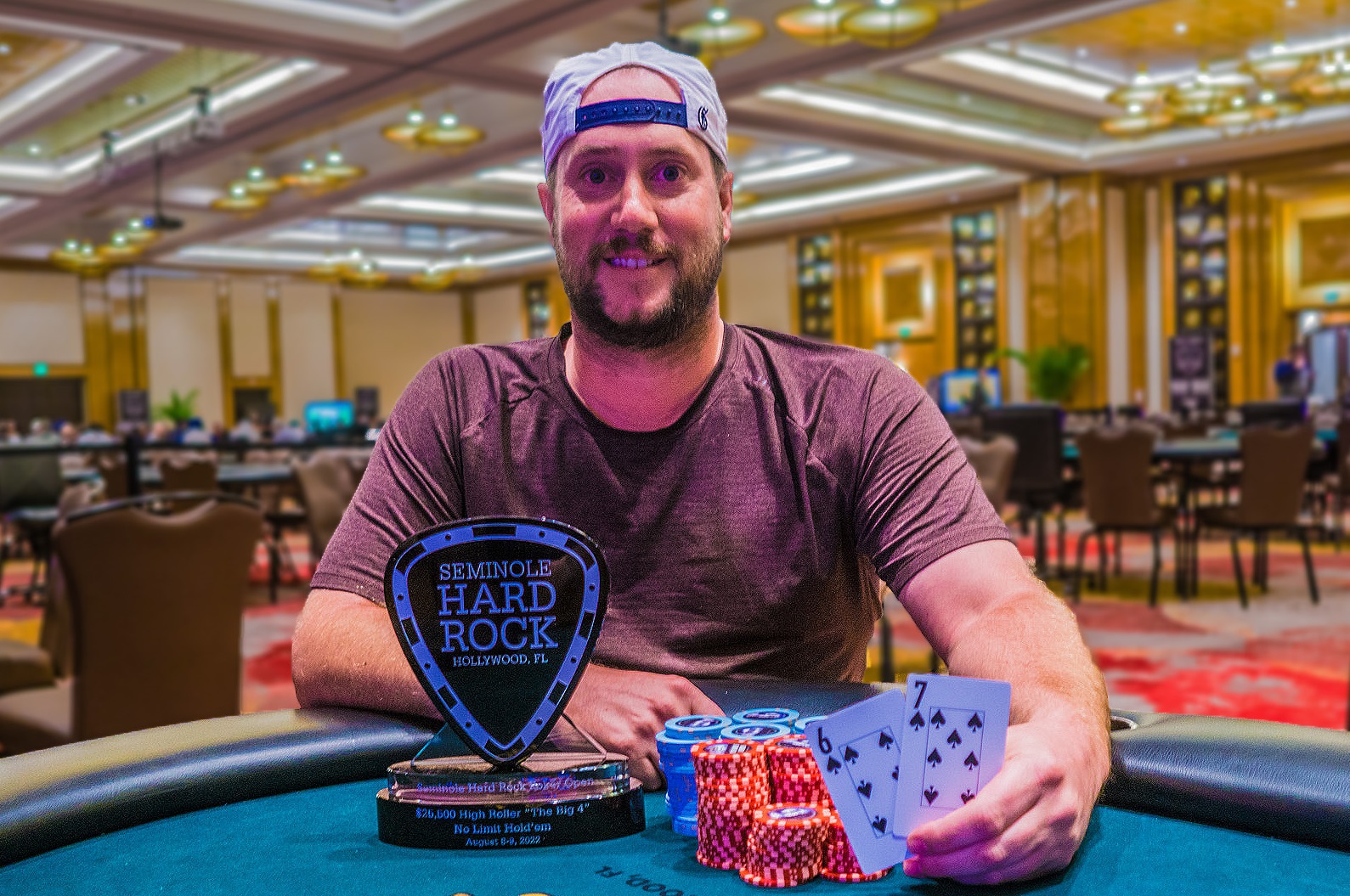 King reigned supreme in the SHRPO’s $25,500 event last Tuesday. The American pro was one of 105 entrants who entered the high roller, but he almost didn’t play. He was planning to catch up on some sleep when his friend and fellow pro James Carroll messaged him about a satellite event. King decided to play and the rest, as they say, is history. He won his way into the tournament where he went to battle with top pros including David Peters and Sean Winter, none of whom could steal King’s crown. 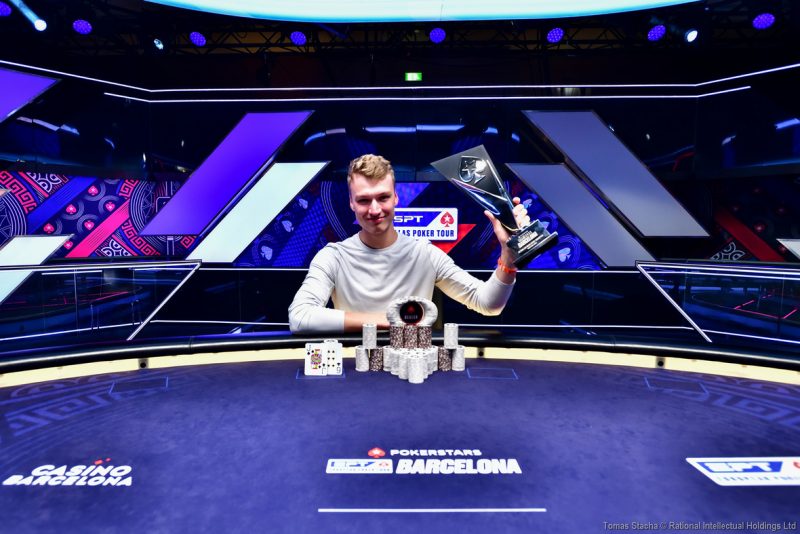 Van Bruggen had to beat a record-breaking field to win the Estrellas main event on Sunday. The Dutchman was one of the 6,313 entrants who anted up in the €1,100 ($1,130) tournament. That level of interest not only pushed the prize pool above €6 million ($6.1 million), it turned the tournament into PokerStars’ biggest ever live event. With players from 79 countries taking part, the odds of the winner’s trophy staying in Spain were low. Despite Spanish pro Jorge Garcia going deep and finishing 12th, it was Van Bruggen’s day. He beat final table chip leader Jack Sinclair heads-up to surpass his previous best live cash by more than $600K. 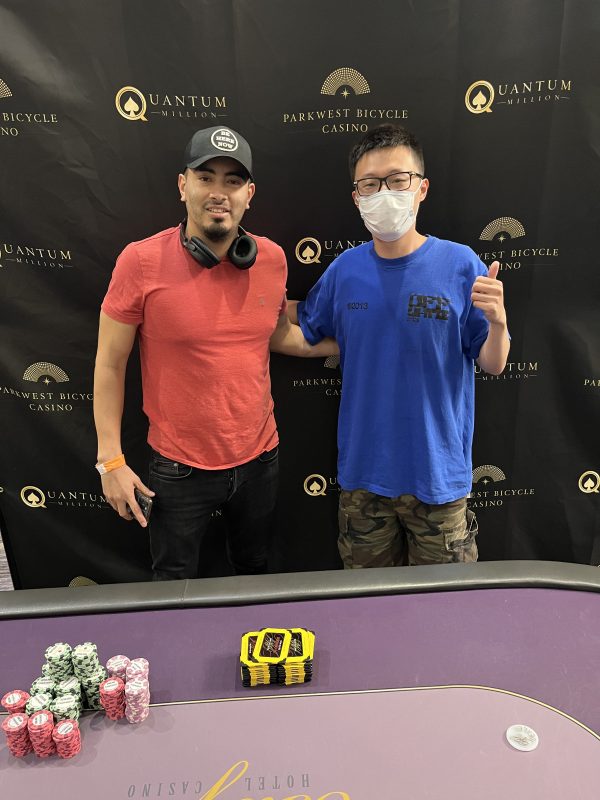 The SHRPO wasn’t the only series in America smashing its guarantees last week, as the Bike saw more than 2,000 total entries create a prize pool of over $920K. In the end, it was two players with different poker tournament histories who finished on top in a near-even chop heads up. Hao Zhou (right), who had $11,360 in previous tournament cashes, took home the title and $118,040 while Alfredo Pacheco (left), a long-time tournament grinder with more than $335K in lifetime winnings, added $114,510 to his bankroll. 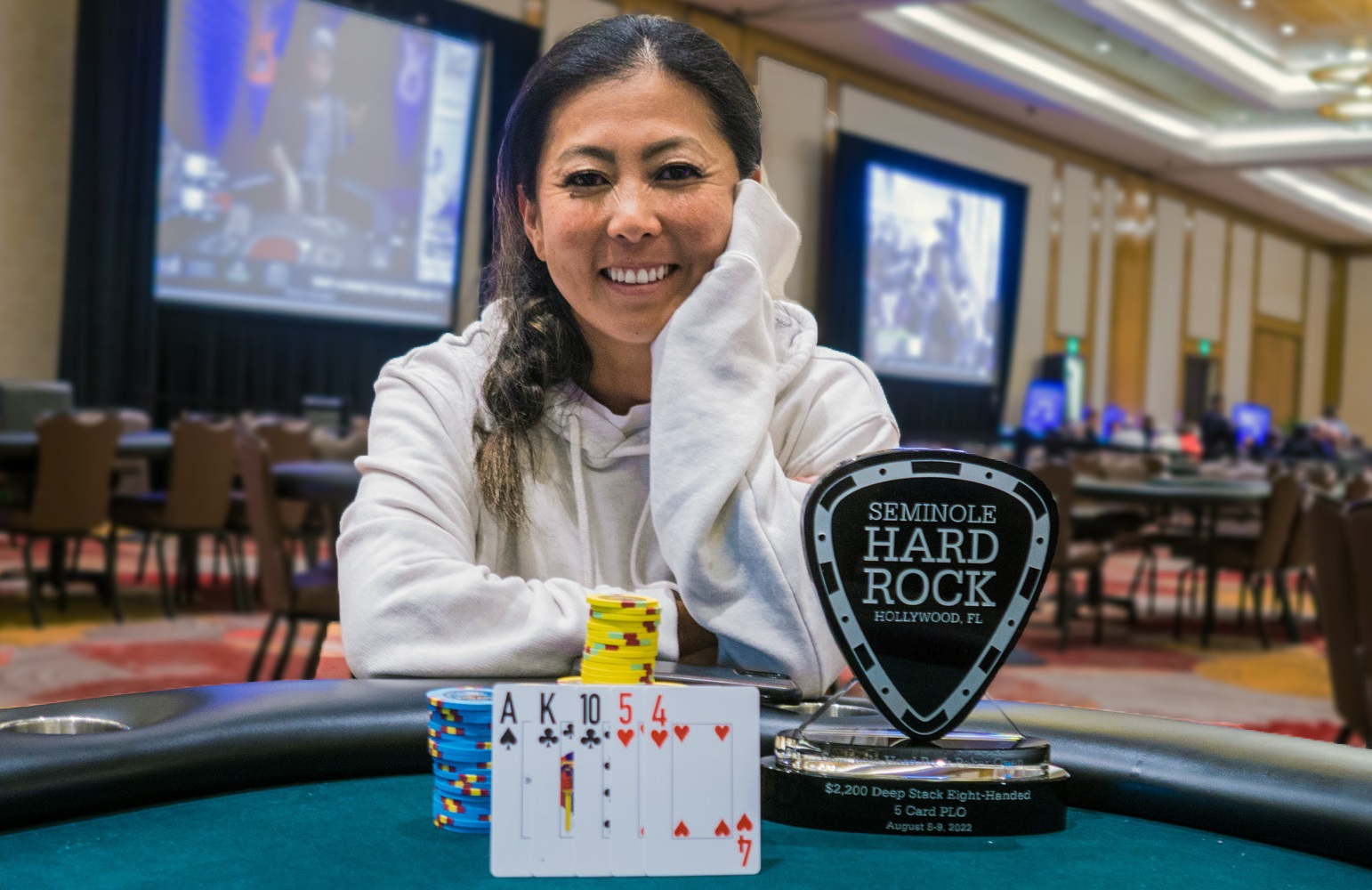 Taylor turned five-card hands into an SHRPO trophy and her second live title last Tuesday. The American pro has over $2 million in live earnings and, even though her latest victory isn’t the most lucrative of her career, it was another feather in her cap. The Pennsylvanian had to beat 40 players and cut a heads-up deal with Roman Hrabec in the $2,200, five-card PLO event to win almost $60K.

Daniel Smyth and Kevin Taylor contributed to this report. Know a big winner we missed? tips@cardschat.com

CardsChat News serves the global CardsChat community, providing news, opinion, and insight that matters to poker players around the world.

All eyes were on

The International-facing segment of the 2022 World Seri