Smith and Wright to serve up a classic


Just an Englishman and Scotsman remain and it’s Peter Wright who is the slight favourite heading into the final at 8/11, 2019 finalist Michael Smith is available at 11/10.

Over the past 15 days, we have been treated to some of the most exhilarating darting drama ever. It has been one of the finest tournaments in history, serving up ton plus averages, jaw-dropping comebacks, spellbinding finishes and an unprecedented number of nine-darters in one World Championship as Willie Borland, Darius Labanauskas and Gerwyn Price all hit the perfect leg.

Is this finally Smith’s time

In order to reach his second World Championship final, Michael Smith has had to produce some of the best darts of his life and the St Helens man is going to take some stopping this evening.

He put down a marker in match one when he posted his highest ever average on the Ally Pally stage and from then on, has shown that he really does now have the mental strength and focus to deal with whatever players throw at him.

One of the most naturally gifted players to have graced this game, he dispatched of James Wade in the semi-final with yet another average in excess of a ton.

Around the venue, as each round has gone by, more and more people have started to believe that after four appearances in the final of major tournaments, this is finally Bully Boy’s time to shine on the biggest stage of all and do himself justice in the final.

He’s had to overcome some of the toughest obstacles and has treated us to some of the most scintillating moments in order to reach this stage, both of the tournament and his career and he is adamant that he will right the wrongs of 2019 on Monday night.

When I spoke to Smith after the game he said that two or three years ago he’d have gone on to lose that match and even when Wade clawed his way back to 5-3, Smith had to fight off the negative thoughts and reset mentally – something he’s not always been able to do so easily.

Power scoring has been a big strength for Smith but his opponent in the final Peter Wright managed to break Gary Anderson’s record for the most maximums hit in a match with 24 180s in his semi-final against The Flying Scotsman.

Wright is looking close to his best 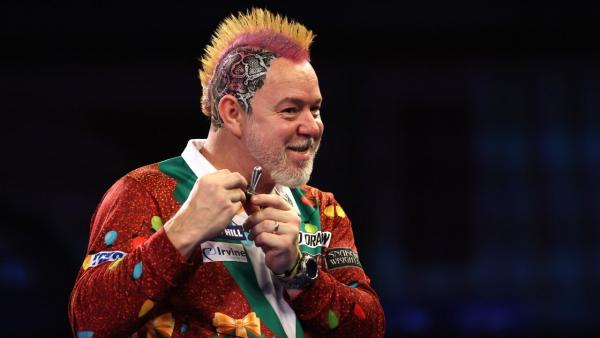 Snakebite realised his dream up on that stage in 2020 and with the Matchplay and Players Championship Finals trophies already in the cabinet this season, he’s looking to add the biggest one of all.

The 51-year-old still hasn’t reached the level we saw him consistently produce in Blackpool back in July but in a pulsating match against Anderson he was certainly very close.

Again he teased us with eight perfect darts before dragging his dart at double 12 low but if you fancy Wright to
complete the perfect leg in the final, you can back one to be hit in this match at 9/1.

Wright was in buoyant mood when I spoke to him on Sunday night, he knows he still has more to give but also that he’s playing better in this tournament than he has for five months.

In terms of their head-to-head, the Scotsman has won five of their last six meetings but even Snakebite admitted that this is the first time he is facing Michael Smith 2.0.

Smith’s highest checkout so far in this event has been a 132, he’s scored so heavily and especially against Wade, hasn’t been under immense pressure in legs so he’s not needed to go for the 160s or 164s, he’s been able to lay them up and return for a one or two dart finish instead.

Against Peter it will be a different story as he will be on his tail constantly. Over the course of the match I expect a highest checkout score of over 151.5 at 5/6.

Bettors backed Tottenham to finish in the Premier League

When ARC had their Lingfield Millions brainwave, they mu

Tottenham Hotspur came roaring back from a goal down to s