Southampton to push into top ten


By the time the Premier League was suspended in March Southampton had already performed a miraculous turnaround, famously beaten Leicester City 2-1 to cap a brilliant run of form just two months after losing 9-0 to the same opposition. It is pretty incredible, then, that Ralph Hasenhuttl’s side looked even better during Project Restart.

Saints finished the 2019/20 campaign with a seven-game unbeaten run, beating Manchester City and taking a point at Old Trafford to help secure an 11th-place finish. Judging on the trajectory of that campaign, they will be hopeful of breaking back into the top ten this year.

Southampton are unfortunate that the 2020/21 Premier League season looks set to be a particularly strong year, with the ‘Big Six’ reconsolidating and Everton spending heavily on the likes of Allan and James Roriguez. Consequently Hasenhuttl may be concerned that the club have more or less hit a ceiling, with European football moving further away.

The loss of Pierre-Emile Hojbjerg will be felt, too, although the club can still target their record Premier League haul of 63 points, set by Ronald Koeman in 2015/16. Given the consistency of their performances across the first half of 2020, it is not implausible that Southampton should earn the 12 extra points required to do so.

Hasenhuttl’s 4-4-2 is among the division’s most complex and modern, morphing regularly into a 4-2-3-1 and a 3-4-3 as they transition between phases of play; their greatest strength is their manager’s tactical vision. Broadly speaking, he deploys a Klopp-esque model of targeted gegenpressing that looks to release the forwards into counter-attacking situations.

This system has led to career-high seasons for Danny Ings, Nathan Redmond, and James Ward-Prowse last campaign, all of whom have benefitted from the intricate positional and movement coaching they receive from their manager. Central midfield was their strongest area last year, particularly when Stuart Armstrong dipped infield from the right to help out, but Hojbjerg’s departure threatens to destabilise this zone.

Southampton are also weak in the full-back positions, and the club occasionally struggle to create clear goalscoring opportunities; Sofiane Boufal, Michael Obafemi, Che Adams, and Moussa Djenepo can all frustrate. 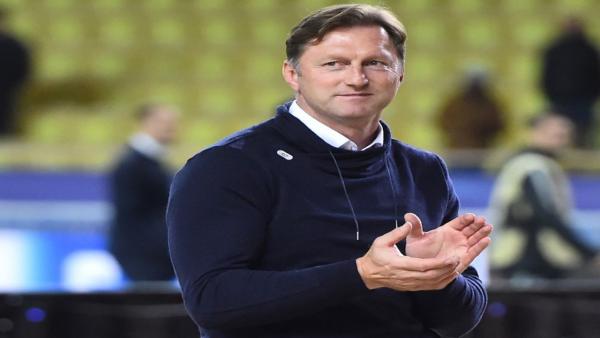 Southampton have already secured Kyle Walker-Peters on a permanent deal from Tottenham for £12 million. He was a vital cog for Hasenhuttl after arriving on loan in January, helping sure up an area of the pitch that has troubled Southampton for some time.

Centre-Back Mohammed Salisu has also joined from Real Valladolid, and that could be more or less the end of the club’s spending for this window. There is no particular reason to unsettle a team on the up, and Hasenhuttl will be satisfied with muted business given the financial complications of 2020.

However, with Harrison Reed and Mario Lemina both off to Fulham and Hojbjerg sold to Tottenham, Saints will be on the lookout for a top-quality central midfielder to fill that sizeable hole in the first 11.

Suddenly the heady days of the Mauricio Pochettino era look achievable. Fans will be anticipating a top-ten finish, along with a good cup run to seal their place as one of the ‘best of the rest’, challenging the likes of Everton and Wolves.

There remains a strong desire at St. Mary’s to play academy graduates, and so supporters will be keen to see Jake Vokins, William Smallbone, and Nathan Tella more often this year. The pandemic’s impact on financial resources could make 2020/21 a good year for clubs with youth systems as strong as Southampton’s.

Back Southampton to finish in the top ten at 11/8.

Big clubs after Hasenhuttl: The biggest threat to Southampton’s upward trajectory at the moment is having their manager poached by one of the top clubs. Should Mourinho struggle at Spurs, for example, then there is a decent chance Daniel Levy will once again look to Saints for inspiration.

Can Ings maintain form?: Scoring 22 league goals last year, Ings is undoubtedly the team’s most important player, and his energetic pressing and ability to drop off the front line have made him the fulcrum of Southampton’s German approach. But is he fit enough or reliable enough to do it two years running?