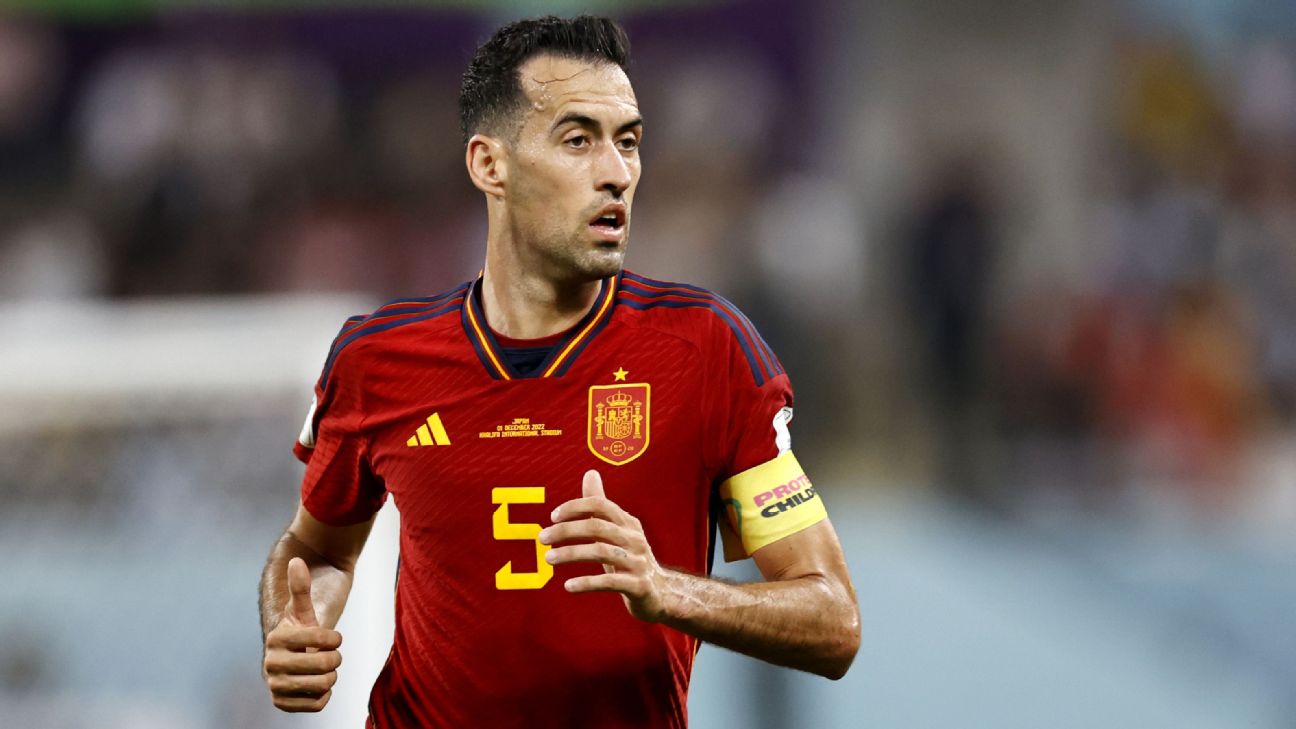 Spain midfielder Sergio Busquets has announced his retirement from international football after his country’s World Cup exit at the hands of Morocco in the round of 16.

Busquets, 34, was the only remaining survivor of the Spain side that won the World Cup in South Africa in 2010 and he had spoken of his desire to become the first Spaniard to win the competition twice.

However, after falling short in Qatar, the captain of La Roja has decided to step aside and focus on the final years of his career at club level.

Busquets was one of three Spain players who missed penalties in their round-of-16 shootout against Morocco after they were held to a goalless draw following extra time.

He announced his decision to retire from international duty in a post on Instagram on Friday in which he thanked his Spain managers, teammates and fans for their support over the years.

“I’d like to announce that after almost 15 years and 143 games, the moment has come for me to say farewell to the national team,” Busquets said.

“It has been an honour to represent my country and take it to the highest level, to be a world and European champion, to be captain and to have played so many games, with more or less success but always giving everything and bringing my grain of sand so that everything could go as well as possible.”

After making his international debut in 2009, Busquets became a key part of the Spain side that won the 2010 World Cup and the 2012 European Championship under Vicente Del Bosque.

He remained an ever-present under Julen Lopetegui and Luis Enrique, as well as interim coaches Fernando Hierro and Robert Moreno, and has taken part in four World Cups and three European Championships.

In total, he amassed 143 caps for his country in that time, scoring two goals.

Busquets, who was part of Spain’s golden generation in midfield alongside Andres Iniesta and Xavi Hernandez, leaves behind a new generation of emerging talent.

Barca teammates Pedri and Gavi, aged 20 and 18, have already become regulars in Luis Enrique’s side, pushing the likes of Koke and Thiago out of the team in the process.

Busquets, meanwhile, now faces a decision over his club future, with his contract with Barcelona coming to an end at the end of the season.

After 17 years at the club — including 15 in the first team — he has said he would like some clarity by February, with a contract renewal at Barca and a move to Major League Soccer both on the table.

Speaking at the World Cup, he said he had always been attracted by the idea of playing in MLS, suggesting Inter Miami would be his first option should he move to the United States.