The Chicago Bears enter Week 7 with a one game lead in the NFC North. Photo by Robin Alam/Icon Sportswire.

The Chicago Bears are living large and will play in primetime on Monday Night Football.

The NFC North-leading Bears will travel to Los Angeles to take on the Rams in Week 7. The opening odds have been released and despite an ugly loss to San Francisco, the Rams are near touchdown favorites.

How do the Bears and Rams stack up heading into their matchup? Let’s take a look at both teams to see if there could be any line movement prior to kickoff Monday night.

The Bears have started both Mitch Trubisky and Nick Foles this season. Foles is the starter for the time being and could be categorized as a semi-accurate game manager. He has more completions with a higher completion percentage than Trubisky but that wasn’t exactly a high bar to clear. Even still, wide receiver Allen Robinson has proven to be among the best in the game. He ranks second in the league with 40 receptions and eighth with 474 receiving yards. Those are impressive numbers especially considering Chicago’s question marks at the quarterback position.

According to @pfref advanced receiving metrics, here are the top 5 ranked WR in the NFL right now:

On the defensive side of the ball linebacker Khalil Mack is still one of the most fearsome players in the game. He has 4.5 sacks on the year and leads a defense that has given up less than 20 points on four different occasions. The Bears have won games over the Lions, Giants, Falcons, Buccaneers and this past week against the Panthers. The Rams will be by far their biggest test to date.

Let’s see if the Monday Night Football is any kinder to the Rams than Sunday Night Football. Los Angeles lost 24-16 to an undermanned San Francisco squad. It was an uncharacteristic performance on many different levels. Defensive tackle Aaron Donald was largely held in check, as was top wide receiver Cooper Kupp. The result was a second loss on the season which dropped Los Angeles 1.5 games back of the NFC West-leading Seattle Seahawks.

The Rams have four wins on the season. All of them have come against the worst division in football. Los Angeles beat up on Dallas, Philadelphia, New York and Washington. They are now winless in the two football games they have played outside that weak division.

Expect Line Movement Prior to Kickoff

Chicago is 4-2 against the spread this year and will get their share of time on ESPN this week after taking over the NFC North lead. Considering the fact they are getting points on the road here they will likely be a popular pick by the betting public. Expect money to pour in on the Bears prior to kickoff. If you are siding with Chicago lean towards placing your wager early. If you are betting on Los Angeles waiting until closer to Monday night could result in a more favorable line. 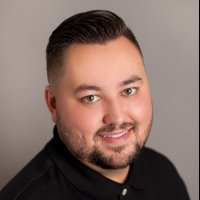 Ryan has been working at TSN for over eleven years, and is now a lead writer and content producer at That’s Hockey. Over the years, he’s launched and hosted TSN’s first NCAAF podcast, The College Football Show, and been featured on the likes of TSN 1050, Sportscentre, and That’s Hockey 2Nite.

Ryan has been working at TSN for over eleven years, and is now a lead writer and content producer at That’s Hockey. Over the years, he’s launched and hosted TSN’s first NCAAF podcast, The College Football Show, and been featured on the likes of TSN 1050, Sportscentre, and That’s Hockey 2Nite.

Cleveland vs Tennessee Opening Odds Favor the Titans by 4.5 Points in Week 13

Tottenham Hotspur held Chelsea to a goalless draw at Stam