Stage is set for Star to shine at Newbury on Friday

A big weekend of racing commences at Newbury on Friday, and Betfair Ambassador Paul Nicholls has six good chances on the afternoon…

“Best Chance: Stage Star – 12:10 Newbury. He made an impressive hurdles debut at Chepstow and has done nothing but please since then.”

Star has been schooling great and can win again

He is one of several smart novices we have for this season and I couldn’t have been happier with the way he won on his debut over hurdles at Chepstow a month ago. Stage Star schooled great earlier in the week and I am hoping he can follow the same route as Bravemansgame who won this a year ago before going on to land the Challow Hurdle at Newbury.

This has been his target for a while

He won from the front in pleasing style on his return to chasing at Ffos Las in October. He won the Betfair Hurdle at Newbury in 2020, so we know he is suited by a flat track and the trip of two and a half miles is another plus. I’ve had this race in mind for Pic D’Orhy since Ffos Las and expect another decent show from him.

Good chance of going one better

He found life quite hard last season which is often the case with four and five-year-olds in handicap company during their second season. But he was always going to be a chaser and ran very well on his debut over fences to be beaten a nose at Ascot last month by a decent four-year-old. He looked a bit unlucky that day but his jumping was slick and it was great to see him bounce back as I was confident he would leave last year’s form behind. He has a good chance of going one better in this.

Both should run decent races

Although Eritage hasn’t run for over 200 days he goes well fresh, is in great order and course, ground and trip at Newbury are just what he wants. While this is a tough enough handicap I’m hopeful he has a fair each-way chance because I think he has improved a bit. 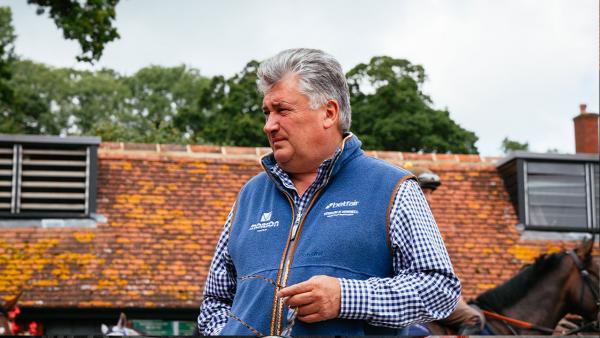 Versatile and consistent Amour de Nuit ran a cracker to finish third in the Silver Trophy at Chepstow seven weeks ago. As he has probably gone as far as he can go over hurdles we are switching him back to fences here. Amour de Nuit is at his best on good ground over two a half miles and should run his usual honest race with conditions in his favour at Newbury.

Won’t be surprised to see him run well

He has a bit to prove after a disappointing campaign last season when he lost his confidence over fences but I felt he ran ok last time over hurdles at Cheltenham. He just needed the outing that day, has improved for it and I am putting a pair of blinkers on him to sharpen him up. It wouldn’t surprise me to see him run a fair bit better in this.