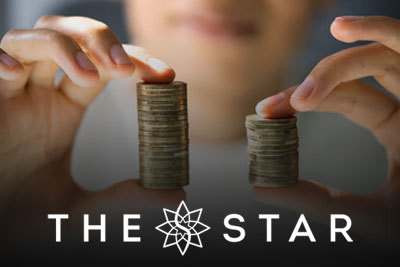 Star Entertainment Group has had its license suspended for 90 days, but the date of effect has been offset until December 2023 – giving the Queensland and NSW casino operator 12 months to get its “house in order” under the watchful eye of a special manager that will provide oversight of Star properties in Australia.

Along with conditions to continue operations, the operator was hit with a $100 million fine. Star Sydney in NSW has faced similar sanctions since October.

Two months after the Australian gambling behemoth was found unsuitable to hold a license, but allowing operations to continue anyway, Queensland Attorney General Shannon Fentiman made the announcement in Queensland on Friday.

“Essentially,” she said, “this means Star has 12 months to get their house in order if they don’t want to see a 90-day suspension of their license.”

Notices to “Show Cause” why regulators should not revoke licenses of Star casinos were issued in early November (Show Cause Notices QLD). Potential disciplinary actions included everything from a letter of censure or written instructions for further business all the way up to a penalty of up to AU$100 million; suspension or cancellation of Star’s casino license, or the appointment of a special manager. All three major disciplinary actions were taken.

Ms. Fentiman noted that the penalties were carefully considered after the Gotterson review (September) found systemic failures in money laundering safeguards and suspicious activity reports. That report followed the damning Bell report issued on August 31. Also weighing in on the decision, said Fentiman, were some of the responses from Star during the show cause process, which did not give the AG confidence at the time.

“These disciplinary actions aim to strike a balance between ensuring that thousands of Queenslanders can remain employed, but also sending that very strong message that what happened here in Star casinos is completely unacceptable,” Fentiman said.

Special manager Nick Weeks of Star Sydney has also been chosen to oversee Queensland operations.AG Fentiman said: “I think given that Star really is the one company, it makes sense for the special manager to be working across New South Wales and Queensland.

“In addition, we will have a manager assisting Mr. Weeks here in Queensland, Terry Hamilton, a very experienced individual,” she said.

Star will pay the costs of the special manager and assistants.

Managers WIll Root Out What Causes

“I know they will begin by doing a root-cause analysis about how these unlawful and criminal acts came to happen in casinos.”

The Gotterson report found that Star had “actively encouraged” banned patrons to gamble at its Queensland properties and had been “less than forthcoming” with its bankers about the use of China UnionPay cards as well as not robustly enforcing an anti-money laundering/counter-terrorism financing program more recently.

That report suggested oversight laws be changed to increase penalties to $100m and to authorize special managers to oversee operations. Lawmakers agreed and did so.

This year, Macau will host a Global Gaming