We waste no time getting into the high-class action at Punchestown on Sunday, with a cracking renewal of the Grade 2 Sky Bet Moscow Flyer Novice Hurdle opening the card at 12:15.

Willie Mullins’ Dysart Dynamo had a looked a super jumping prospect in bumpers, winning both of his starts in that sphere in impressive fashion last spring, and he made a winning start over hurdles at Cork last month.

Travelling strongly while making all the running, he easily drew 19 lengths clear of Lucky Tenner, despite being a little untidy at a few of his flights. His jumping is bound to improve with experience, and he looks very much one to get excited about.

Not that he’ll have things all his own way here, however, as he faces a strong challenge from his own stable in the shape of Hawai Game and the Henry de Bromhead-trained Guily Billy.

The former was a winner of his only start in bumpers in France in the autumn of 2020 before being sold to J P McManus for €90,000 shortly afterwards. The son of Diamond Boy made his hurdling debut for his new yard at Naas last month, running out an impressive winner by just over 3 lengths.

A half-brother to the multiple Grade 2-winning Easy Game, he looks sure to progress with that initial outing under his belt, though whether he’s quite up to beating his stable companion at this stage remains to be seen.

Guily Billy was an even more expensive purchase, as Cheveley Park Stud forked out £310,000 for this winning pointer.

He proved a let-down on hurdling debut, however, finishing only second at Clonmel in October have been sent off at the prohibitive price of 1/3.

The memory of that reversal was soon banished at Tramore next time, as Guily Billy made mincemeat of his fourteen rivals there, sauntering home 25 lengths clear of Hauturiere. A physically imposing type, it seems obvious that he’s merely biding his time over hurdles, with his real potential likely to lie over the bigger obstacles further down the line.

It’s also worth mentioning Gringo D’aubrelle, who won at Navan and Fairyhouse before finishing third to Stage Star in the Challow at Newbury last time. It’s rarely the wisest course of action to rule out Gordon Elliott runners in this sort of contest, though for me, it would be a little disappointing if one of the aforementioned trio don’t have a bit too much for this one.

As feature races go, that one is a corker, though we’ve also got the prospect of seeing Bob Olinger make his second start over fences in the Grade 3 Kildare Novice Chase at 14:20.

This should provide a good test for last year’s Ballymore winner, who once again faces the foe he conquered at Cheltenham, Gaillard Du Mesnil, though obviously under much different circumstances.

Bob Olinger wasn’t completely foot perfect on his chasing bow at Gowran in November, though he largely jumped safely enough, readily drawing clear of Bacardys and Master Mcshee. The form of that race was franked in no uncertain terms when the latter of that beaten pair came out and won the Grade 1 Faugheen at Limerick over the Christmas period.

Of Sunday’s opposition, Gaillard Du Mesnil is clearly respected, though he has work to do with Bob Olinger on a strict interpretation of their Cheltenham form, and the biggest threat may come from the other Willie Mullins’ other runner Capodanno.

A smart performer over hurdles, Capodanno could well make an even better chaser, and he deserves plenty of credit for overcoming a shuddering error on chasing debut at Naas last month.

Travelling well approaching two out, he all but came down at that point, but still had enough about him to recover and run down Embrun Mitja in the shadows of the post (had Gaillard Du Mesnil in third). Capodanno had basically jumped okay before that error and he’ll definitely have learnt from that experience.

Like the first race, this isn’t really a betting heat, but is a must-watch with an eye on what may transpire at Cheltenham in March, and I’m expecting Bob Olinger to cement his place as one of the best novice chasers around. 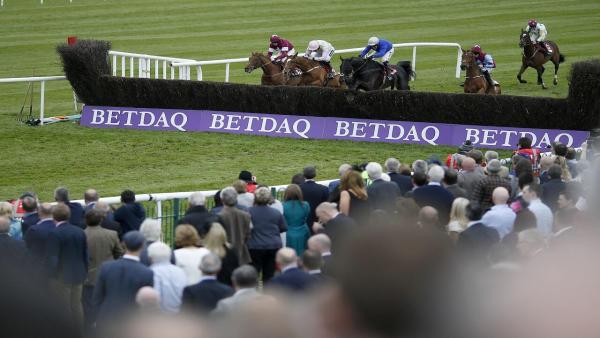 Farrawaybay can put luckless run behind her

While the Graded contests provide the quality on Sunday’s card, there are some interesting betting heats in the lower-class races, not least in the mares handicap hurdle at 13:45.

Farrawaybay did this column a good turn when winning at Navan in November, and she also ran really well when sixth in a decent novice handicap hurdle at Leopardstown just over a fortnight ago.

Mark Molloy’s mare was better than the bare result there, looking unlucky not finish closer having got no run approaching the last. Forced to switch, she finished with plenty of running left and is still relatively low-mileage for an 8-y-o.

Although this race has attracted fourteen runners, it isn’t the deepest contest of its kind, and certainly looks a weaker affair than the one Farrawaybay contested last time.

Granted more luck in running, I’m expecting this one to go very close.

There was no betting available at the time of writing, but I’m expecting the selection to be enough of a price to play from an each-way perspective, particularly with the extra place available on the Sportsbook.

Price permitting, my best bet on the card will be Glenloe in the closing Amateur National Handicap Chase at 15:50.

Gordon Elliott’s charge is into the veteran stage now at the age of 11 but is on an attractive mark if his jumping holds together. He was a bit shoddy last time, but that did come in better company than he faces here, and this sort of test won’t put quite as much of a premium on his ability to get from one side of a fence to the other.