Playing for millions at the World Series of Poker is nothing new, but in the 2020 Online Series version, it started off as something unique. After the biggest single prize ever was won in the WSOP Main Event, however, the final nine players in the $10,000-entry WSOP Super MILLION$ will be looking to book their own seven-figure score, with the top prize of $1.4 million and runner-up cash of $1m still on the line. 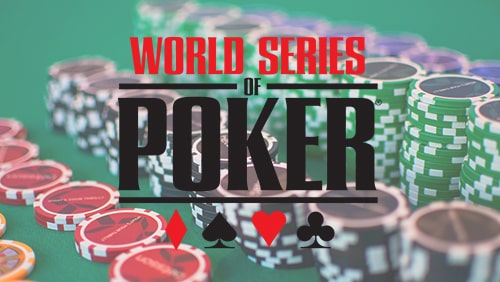 That final will take place a week tomorrow on Tuesday September 15th at 6pm, but the final nine who made it will need all the time available to recover as they prepare for what is sure to be a highly competitive showdown for the bracelet.

With 899 entries reduced to just nine players, the guaranteed prizepool of $5 million eventually stopped with over $8.7 million to be won, a sign of the huge popularity of big buy-in WSOP events this year online at GG Poker and the WSOP.com official site back in July.

It was Andy Jiang who would bubble, his flopped two-pair no good against Sylvain Loosli’s set of fours, and after the bubble burst, plenty of big names were cashing out in quick succession.

One of those was Daniel Negreanu, the GGPoker ambassador, whose middle pair on the flop couldn’t match pocket kings, while Adrian Mateos, Upeshka De Silva and Nick Schulman all made it into the money without threatening the latter stages of the event.

As the final table grew closer each elimination meant more and both Chris Kruk and Connor Drinan put in strong performances to attempt to reach the final table with a fighting chance of dominating it. Jerome Finck’s pocket aces were no good when Kruk cracked them with kings, a king on the river doing the damage and Kruk went on a heater of sorts, taking out Justin Stuer and Joao Vieira along the way.

Drinan did even better, eventually grabbing the chip lead, having taken some chips off Mistra with aces over kings for a full double-up. But Mistra was not to be denied, racking up a healthy lead again by the time his pocket jacks held in a flip against the previously golden Kruk.

That was all that could take place, with just nine remaining and everyone holding their breath before what is sure to be a terrific final day in seven days’ time.

Another refresher for new players on the common player ty

A PokerNews Debate: Is Phil Hellmuth an Excellent Poker Player?

10:1824 OctThe trial of the alleged killer of poker pro S

Spooky times ahead with Mystery House at PokerStars

Opt-in to get out! The Halloween spirit is back at PokerS