Surf’s up as Tony Calvin assesses the antepost betting


I received a text early on Sunday morning, with a seven-day weather forecast of Aintree attached and, suffice to say, there was not a dry day in Liverpool all week.

Are we even looking at heavy for the Grand National? I wondered.

However, by the end of the day, one site had only 6mm of rain coming through to race-day.

They’ll have to re-start watering on Monday, I thought.

Sometimes, I think the only reliable forecast to be had is the one that involves looking out of your window in the here and now, a point reinforced when Aintree promptly got 7.5mm overnight on Sunday and the ground turned to good to soft.

Who knows what else is in store – Wet Wednesday at Cheltenham told us to expect the unexpected, a day on which they ended up getting 10 times more rain than was forecast on one site – so let’s not worry about the weather too much for now.

A health-and-safety soft is odds-on in my book, though.

The Exchange market on the Grand National was suspended early on Monday morning ahead of the five-day entries at noon, and a fair bit had changed towards the top end of the market since I had an ante-post look at the race for these pages on the same day last week.

Delta Work and Snow Leopardess have been the big movers at the top of the market in the past seven days.

The former has replaced Any Second Now as favourite, on the Exchange, if not fixed-odds, where they are 8/1 joint favourites – Delta Work has hit a low of 9.417/2 – and Charlie Longsdon’s grey, a 9s poke, has traded at a low of 10.519/2, having been seven points bigger and a 14/1 chance with the Betfair Sportsbook this time last week.

Éclair Surf is a major mover

The major mover in the lower betting ranks has undoubtedly been Éclair Surf, ever since his Eider conqueror Win My Wings bounded clear on the Ayr run-in like a 5f sprinter, and not a 4m slogger, at the weekend.

Unfortunately, I was not at my normal punting station on Saturday afternoon, as I was out with the son and grandson, so I was very late to the party when I assessed the betting ramifications of Win My Wings’ romp the following morning.

It became very clear that even the initial reaction to the Scottish National result hadn’t gone far enough in relation to Éclair Surf’s price for Aintree.

Apparently, Éclair Surf was still available at 33/1 immediately after the race, but the Sunday morning odds of 22.021/1 on the Exchange and the widely available 20s on the fixed-odds front still underestimated his burgeoning form claims.

I know he was still 47th in the list there and then, and obviously far from certain to make the final cut on Thursday but, as far as form boosts go, the Ayr result was huge.

Éclair Surf had already posted one piece of recent form that gave him a decent shout, namely his 13-length defeat of the subsequent Ultima runner-up Gericault Roque in the Warwick Classic – he is 4lb well-in on that run alone – but his subsequent 1 ¾-length second to Win My Wings in the Eider stands out like the sorest of thumbs now when identifying horses well in advance of their current marks running at Aintree.

Incidentally, of those sure to get in, Two For Gold (5lb well-in) is officially the best handicapped ‘oss in the field after his Betfair Ascot Chase Grade 1 second. 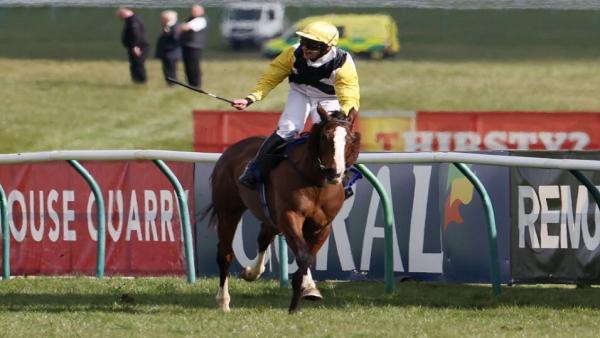 Win My Wings was following up off an 8lb higher mark at Ayr last weekend, and I imagine he will probably be going up another 12lb minimum now.

So, while you have to factor in the improvement showed by Christian Williams’ unexposed mare on Saturday (and maybe the rider’s 7lb claim too, if you are so minded), everyone knows Éclair Surf is formidably well-treated off the same mark as at Newcastle.

Whether he has the jumping prowess to exploit the mark, or indeed gets into the race (he now sits at number 43 in the list after today’s entry stage saw top weight Chris’s Dream, Chatham Street Lad, Highland Hunter and Go Another One taken out), we shall see, but at least his forward-going style takes bad luck out of the equation just a touch more.

How the betting stands five days out

So, after today’s five declarations, where do we stand?

Everyone remains on the look-out for the next shortener, and for what Gordon Elliott is set to run.

Elliott’s horses could certainly be in a lot better form than they are, so that could enter his thinking, too.

I knew Elliott was in poor enough nick but the Racing Post’s Chris Cook tweeted the sobering fact that he is 1 from 72 since winning the Cross Country with Delta Work (and that winner came at Ayr on Friday).

There is obviously another side to the story as he has had some that have run crackers in defeat – notably 25/1 chance Hurricane Georgie running a stormer at Fairyhouse yesterday – but it is a concern if you are thinking about backing any of the nine entries he has in the top 41 in the weights (and 14 in total). Fourteen!

As it stands, Poker Party would be the last horse in were the race to be run now, so Éclair Surf’s handler Emma Lavelle will be hoping Elliott – or three other trainers – keeps some of his entries back for targets down the line.

And the two horses immediately behind Éclair Surf in the queue are probably the most interesting, from a price-shortening point of view this week, should they creep in. Commodore, from the stable that won this with 100/1 poke Mon Mome in 2009, in particular.

Fortescue is 4lb well-in after his Ascot defeat of Fiddlerontheroof last time and connections boldly sidestepped the Scottish National to take their chance of getting in the big one.

He would have more obvious form claims than Commodore perhaps, as that one went up 9lb for his stunning 15-length win in December, though I suppose connections would be wishing the handicapper had been 3lb or 4lb more nasty to him now.

I am not certain whether it is by accident or design that he hasn’t raced since that win in December, as I am sure I have seen it entered up once or twice since, but Commodore really was breath-taking at Cheltenham, his first start after his second wind op, and he is a horse who excels when fresh. 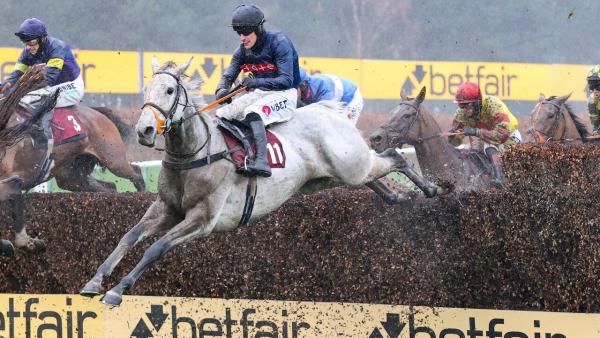 And he has an 8lb pull for the half-length he was beaten by Snow Leopardess at Haydock in November 2020, too. It’d be a fair old sight if those two greys went at it again around Aintree on Saturday. But asking for five to come out this week could be wishful thinking perhaps, and Commodore must be firmly odds-against to get a run.

Unless the mob-handed Elliott is feeling charitable.

In summary, I am going to wait until I see what Thursday brings.

I have backed Santini each way at 50s, had a fair nibble on Éclair Surf at 20s and 18s NRNB on Sunday, and I still lean towards Kildisart at 42.041/1 on the Exchange.

But for now, I will preach patience yet again. We will be in possession of the full facts soon enough.