His re-design of the greens at Crans left many who first encountered them to not merely wrench hair from their scalp, but also consider self-extracting teeth from their mouth, and the plots of land where he was given free reign have yet more quirks.

One of his par-4s, for example, demands a shorter shot from the tee box than into the green.

It seems he was none too fond of two-shot holes. Porto Santo, which hosted the Madeira Island Open three times, has six holes of each par, as does The Shire near London.

This week’s track Royal Obidos is not quite in that league, but it does have five par-3s and the same number of par-5s and it is that oddity which leads us toward first pick of the week.

If the stats say he might fit the unusual course set-up, he also has affectionate memories of the tournament.

The American took inspiration from Brooks Koepka and Peter Uihlein in heading east and the first sign that he might aspire to, and be capable of, more than Challenge Tour golf came in the 2017 Open de Portugal when, like this week, it was played as a co-sanctioned event with the secondary circuit.

Like the rest of the field, he spent that renewal chasing Matt Wallace but ended it alone in second, two shots clear of third.

Emboldened, he soon claimed a first win at that level and within weeks took advantage of another rare main tour start to win the Made in Denmark which transformed his career.

He added three runners-up finishes over the next 18 months before injury hit and when he emerged from lockdown, despite winning a mini tour event in the States, he needed to spend a few weeks taking a metal brush to the rust.

At The Belfry there were positive signs – he sat in the top ten through the first 36 holes – and last week he made another cut in the Portugal Masters.

He’s a quality golfer, one whose best form would see him a lot shorter in this field, but we need a little more to seal the deal and the Seve design provides it.

He’s 5-under-par on the short holes since the return from lockdown and although it doesn’t sound much, consider that only 20 players averaged less than three shots on them throughout the 2019 European Tour season.

His par-5 numbers are also trending in the right direction, with improvements in the last two weeks, much nearer to his standards in the last two seasons and that combination can make him a contender this week.

A couple of exciting young French players have enjoyed the challenge of Ballesteros courses.

Indeed, both Victor Perez and Antoine Rozner have a win on one of his tracks and a 54-hole lead on another. Alas, neither play this week.

All of them would have been worthy of consideration, but instead the thread of Ballesteros-design form (and it does seem that some really relish the Seve challenge) takes us to Denmark’s Martin Simonsen.

The 29-year-old is far more of a slow burner than his compatriot Rasmus Hojgaard, but he’s had a neat post-lockdown period which has threatened to burst into something a little bolder and this could be the week.

He’s made five of seven cuts in that stretch, found himself tied sixth after 54 holes in the English Championship, T16th at the same stage of the UK Championship and tied third at halfway last week in the Portugal Masters.

He finished second at the Ballesteros-crafted Izki on the Challenge Tour last year and briefly contended later in the season at another of the legend’s layouts, Pont Royal.

He also ranks fifth in this week’s field for Par-3 scoring over the last 12 months and eighth on the Par-5s. 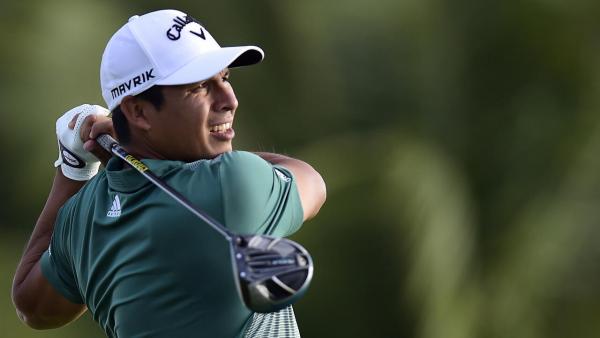 When Pakistani cricket and French rugby are discussed it’s common for folk to highlight their unpredictable nature, gasp that they win from nowhere and then, for some reason, splutter in surprise when they actually do win from nowhere.

There’s something of that capricious nature about Argentina’s Andres Romero – like those teams he produces a lot of dross and then, when the wind is with him, he has the capacity to pounce (or is it that he lacks the ball-and-chain belief that he can’t play well until he’s shown a few weeks of solid form? Discuss).

None of which is to say that you should willy-nilly back a golfer like Romero, but it is to say that if there are reasons to back him, but form is not one of them, there is less need to fret.

Three years ago, for example, he arrived at the BMW International Open off the back of four missed cuts with no top ten anywhere in the world in 15 months and he won it.

He ventured back to the PGA Tour, four times failed to make the top 60, re-crossed the Atlantic and landed a top ten in Crans.

Last summer he’d made just one top 20 in 12 months whereupon he made a play-off back at Crans in the European Masters.

He didn’t win it, but it emphasised again that the 39-year-old’s best golf sees him contend: he’s won twice in Europe, once on the PGA Tour and 17 times in South America.

Whilst many of the titles in the latter tally were rum ones, it does remind us that he’s won more than most teeing it up on Thursday.

He made the cut last week in the Portugal Masters and this week’s coastal resort course is potentially a decent fit.

He’s finished third in this event at Penina, his win on the PGA came at the resorty TPC Louisiana and he’s a two-time top six finisher at Coco Beach in the Puerto Rico Open.

I’d not back him at short prices, but at 95/1? Yes, especially up against this field.

England -305 Favorites to Win Six Nations Ahead of Final Matchday

Neymar’s return to Barcelona could be on the rocks