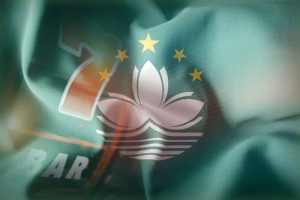 The government of Macau announced on Tuesday a surprise review of the city’s gambling law sending shock waves to the stock market and wiping more than $18 billion off the value of locally licensed casino operators.

Macau Secretary for Economy and Finance Lei Wai Nong on Tuesday announced that a 45-day consultation on the local gambling industry would kick off on Wednesday, September 15.

Mr. Lei said that there were still some deficiencies in the sector’s supervision, despite a series of recent efforts aimed at introducing tighter controls. News about the review emerged several months after the Macau Gaming Inspection and Coordination Bureau unveiled plans to more than double the number of its inspectors to 459 from 192.

Tuesday’s announcement saw Macau casino operator stocks plummet by over a third, with the companies losing billions of dollars in asset value.

Mr. Lei explained that the ongoing consultation will incorporate nine areas, including the number of licenses that will be issued next year, tightened regulations and controls protecting employee welfare, as well as the introduction of government representatives to oversee the day-to-day operations of the city’s casinos.

The licenses of all six operators running gambling venues in Macau are set to expire in June 2022 and all six will be required to rebid for their permits next year.

The new licensing process comes as Macau and Mainland China have significantly tightened their scrutiny of the city’s gambling industry, with lawmakers cracking down on illegal capital flows from the mainland and targeting underground lending and illicit cash transfers.

Beijing authorities have also intensified their war on the cross-border flow of gambling funds, hitting the financial channels of Macau’s junket promoters and their high roller customers.

It should also be noted that China’s relation with the US have been quite rocky in recent years spurring fears among some investors that Macau-licensed US operators may be singled out from the licensing process. City lawmakers have not indicated so far that any such thing would happen.

Ahead of the rebidding process, casino operators have also responded to pressure from Beijing to diversify their offering and introduce more non-gaming and family-friendly options at their properties across the city as part of a wider effort to reduce Macau’s reliance on its gambling industry.