The Welsh to dominate on day four

Day four of the World Darts Championship sees two Welshmen, a three-time winner of the event and a tricky Lithuanian all take to the Alexandra Palace stage and Abigail Davies expects two Welsh victories…

“Jim Williams is one of five Welshmen in this year’s PDC World Championship, he’s making his debut here after winning the UK Challenge Tour, meaning he’s also secured himself a tour card this year.”

Gerwyn Price remains the outright favourite to retain the title he won for the first time almost 12 months ago at 7/2. Michael van Gerwen is 9/2 to lift the trophy for a fourth time while Gary Anderson has come in slightly to 22/1 following his victory over Adrian Lewis.

The Quiff to progress

Jim Williams is one of five Welshmen in this year’s PDC World Championship, he’s making his debut here after winning the UK Challenge Tour, meaning he’s also secured himself a tour card this year.

A former BDO World Championship runner-up, Williams came agonisingly close to getting out of his group at this year’s Grand Slam and it’ll be really interesting to see how he takes to the Ally Pally stage and deals with the occasion.

He takes on recently crowned World Youth Champion Ted Evatts. It was very pleasing to see him pick up that trophy in Minehead last month after his dominance on the Development Tour he was certainly a worthy winner.

I expect this one to be close but think Williams will come through 3-2 at 7/2.

Kenny to come through 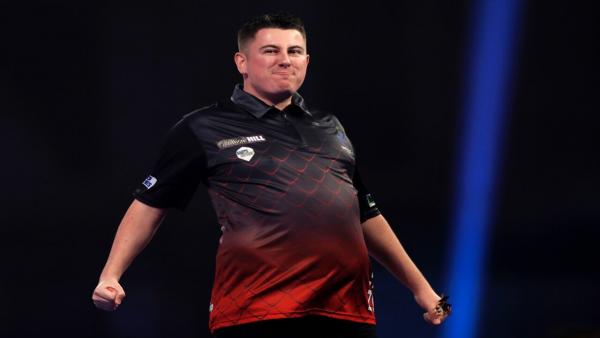 Rowby-John Rodriguez against Nick Kenny is another intriguing matchup. Rodriguez is looking for just his second win on the Ally Pally stage in six visits.

Expected to progress and start producing consistently much earlier on in his career, things have been quite difficult for RJR over recent years.

The Austrian is a player whose talents we’re all aware of but who hasn’t quite managed to deliver on a regular basis, there have been signs lately that he’s turning a corner.

He seems to be developing and making strides in the sport now and with that, is putting in a number of steady performances against top players.

He’s edging closer to the top 64 in the world which would mean a tour card for Little John, maybe he’ll feel a bit of extra pressure at the palace as a result of this.

Nick Kenny has had quite a difficult year on the circuit. A few good results here and there but he’s not been able to produce his best regularly.

RJR has come out of top the last three times these two have met but I think it’s fair to say we’ve not seen the best of him in this event. I think it’ll be an edgy affair and Kenny will come through 3-2 at 11/2.