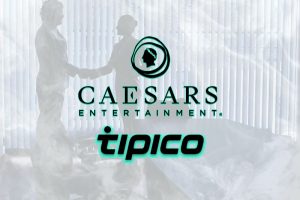 Tipico, the CVC-backed German gambling operator, has signed a multi-year and multi-state deal with casino powerhouse Caesars Entertainment, Inc. as it gears up preparations for its entry in the fast-growing US sports betting market.

The newly inked agreement will see the bookmaker gain access to Indiana and Iowa’s mobile wagering markets, with the option to go live into additional states in future.

In Indiana, Tipico will be able to provide its services under a master license held by Harrah’s Hoosier Park Racing & Casino, while in Iowa the European betting operator will operate under Isle Casino Hotel Bettendorf’s license. Both properties are owned by Caesars.

The deal will further enable Tipico to provide online casino-style gaming services if these become legal in Indiana and Iowa in future. Early this year, Hoosier State lawmakers introduced a bill calling for the legalization of iGaming activities, but the piece has been stuck in a committee for months.

Of their partnership with Caesars, Tipico VP of Business Development and Strategy Stephen Krombolz said that it marks another exciting step for his company as they continue to connect with more US bettors.

Mr. Krombolz went on to say that Indiana and Iowa are two key states in their early US expansion plans and that “there is certainly more to come, and we look forward to announcing additional partnerships later this year.”

Tipico expects to launch its digital betting services in Iowa at some point in the fourth quarter of the year. The company is set to enter Indiana in the first quarter of 2022.

Tipico US Chief Executive Adrian Vella said that they look forward to establishing their brand presence in the Midwest and introducing their proprietary multi-state sports betting experience to sports fans in Indiana and Iowa.

The deal between the wagering operator and Caesars is for an initial 10-year term with the option to be renewed for an additional decade.

Indiana and Iowa will join Colorado and New Jersey as the US states where Tipico is live. In Colorado, the state announced last fall a partnership with Century Casinos and its two properties in that state. It was last year again when the company announced its entry into New Jersey’s wagering market, as well.

Tipico is now also preparing to launch an online casino product in the Garden State in the coming months. The operator last year teamed up with NetEnt and Scientific Games to support it in its New Jersey debut.

It should be noted that Tipico was recently named as one of the contenders in the bidding war for William Hill’s non-US operations which Caesars put up for sale shortly after acquiring the legacy bookmaker this spring. The casino powerhouse last week announced that it has entered into an agreement with 888 Holdings to sell the assets for £2.2 billion.