Toffees have enough class to cover the handicap

Whilst it would be rash and hasty to judge a team on one performance, Everton looked a classy outfit when beating Spurs in the Premier League on Sunday and could embark on a potential top four push.

With Carlo Ancelotti at the helm, his ability to attract Colombian James Rodriguez could turn out to be one of the transfer steals of the century at £12million. Granted, the playmaker has lost his way at some elite clubs, but he demonstrated his ability in a dazzling display in north London. There’ll be a few teams throwing envious glances towards Goodison.

Ancelotti has recruited well, especially with the midfield additions of Allan and Abdoulaye Doucoure. The “diamond” out of possession and the midfield behind Dominic Calvert-Lewin is a system Toffees’ fans can expect a lot of success from.

Will Ancelotti’s plans for this trophy alter due to the change in the rule that EFL Cup winners no longer qualify for the Europa League?

The Toffees reached the quarter-final stage last term before their exit on penalties at the hands of Leicester, but they had seen off Lincoln (2-4), Sheffield Wednesday (0-2) and Watford (2-0) in the previous rounds.

City up and running for the season with promotion aims

Salford have set out their own aims to race out of League Two this season, and it’s a club that has steep ambitions under the famed ‘Class of 92’. One of those; Phil Neville, recently spoke of the shift from developing younger players to bringing in some experience.

That has been evident thus far in their dealings. Ian Henderson spent seven good seasons with Rochdale and has plenty to offer in a lower division, whilst former Manchester United and Everton midfielder Darron Gibson will add some know-how to the centre of the park.

Salford earned a point from their L2 opener at the weekend with a 2-2 against Exeter. The Grecians were classed as one of the top sides in the fourth tier last term, but The Ammies boss Graham Alexander was far from happy with the performance from his team saying they were nowhere near the levels required.

You don’t often see a team priced up at [21.0] for a match, but that’s what we are dealing with here in Salford. Even if City were to take a shock early lead, the market price wouldn’t alter too drastically, as Everton will be expected to win comfortably.

This will be the first time Salford face a Premier League opponent in a competitive game, and whilst Alexander wants his players to express themselves, they only created a couple of chances when beating Rotherham in the previous round which obviously creates worry tackling one of the big clubs.

The big question though, as always with these sorts of games is what sort of 11 will Ancelotti field?

I’m sure the Salford players will be hoping Rodriguez, Allan and Doucoure will sit out, but Everton had a strong-looking bench against Spurs and players like Tom Davies and Theo Walcott will be eager to get some minutes in.

I can’t back or tip Everton at [1.2], and whilst it’s a laying price at almost the lowest of the low, I don’t see them losing this game at all.

The stat from Opta emphatically backs up the hosts, as they have never lost to a fourth-tier opponent in the League Cup, winning 17 of 18 games. 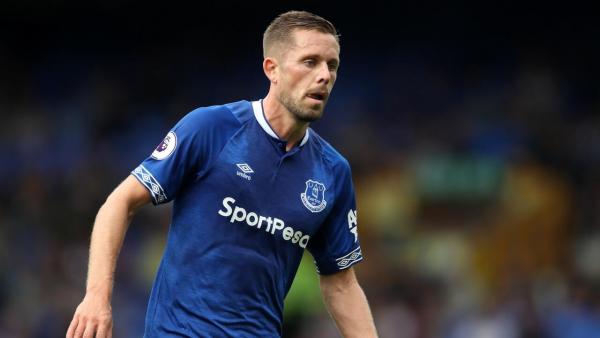 I highlighted the strength of the substitutes at Ancelotti’s disposal on Sunday, so I expect to see a few of those names in the frame for Wednesday evening.

Gylfi Sigurdsson featured in the second-half at Spurs, and he would be an obvious pick in the To Score market. He was priced at 6/4 on the Sportsbook at the start of the week, so there are no secrets at all with his skills from free-kicks and penalties. Indeed, he even netted in the second round last term against Lincoln.

So around [2.25] on the Exchange is probably to be expected. Of course we need him to start to consider that bet.

I would be surprised if Dominic Calvert-Lewin played, as he was excellent on Sunday and is one of the players progressing fast under Ancelotti and the new system.

The [3.95] is quite big on Theo Walcott – another who was on the substitutes bench at the weekend, so it might be worth waiting for the team news.

Salford romantics might be throwing a couple of quid at Henderson – who has two goals already this season.

Timeform select the three best bets from Fairview on Frid

PSG vs Dijon, Nice vs Lille & Lyon vs Monaco