Plenty of rain around this week in Cheltenham – enough to get rid of the good going description anyway, by the looks of it, and I am tentatively working on the basis of good to soft for the weekend – but unfortunately we are looking at small fields for the brace of Grade 2s on Saturday.

And the same level of race at Doncaster, the 3m novices’ chase, has attracted just seven entries. Hopefully, the sponsors will swap this race with one of the bigger-field handicaps on the card for terrestrial TV purposes.

Mind you, it can work both ways I guess, and we have a situation at Cheltenham where a possible clash between Bob Olinger and My Drogo is only set to be broadcast on Racing TV.

Let’s deal with the races that are priced up though.

Two to revisit on Thursday

I can happily leave the 10-runner 3m novices’ hurdle (Albert Bartlett trial at 14:25) and the nine-deep International Hurdle (15:00) alone until we know the final field set-ups on Thursday, when we will also have a better handle on pace and ground considerations.

The forecast is unsettled – maybe 10mm or more is due to land in Cheltenham today – so it is entirely possible we will be looking at soft going, or maybe even a touch worse.

Ground issues and tactical angles, and pace maps and the like, are paramount when assessing these types of small-field contests, and, on a side point, thank god the Irish have two in each race to bolster the numbers.

Wait for a bigger price on Marie’s Rock

No shortage of entries in the Racing Post Gold Cup (13:50), a race in which 21 rocked up on Monday for a potential maximum field of 17.

I won’t waste too much of your time here, as I thought this was one of the most competitive, tightest-knit handicaps I have seen this season, and the situation wasn’t eased by absolutely nothing leaping out me, price-wise, either.

I could easily see the vast majority of the entries being bigger prices after Thursday declarations, and with one or two extra places thrown in, as well. 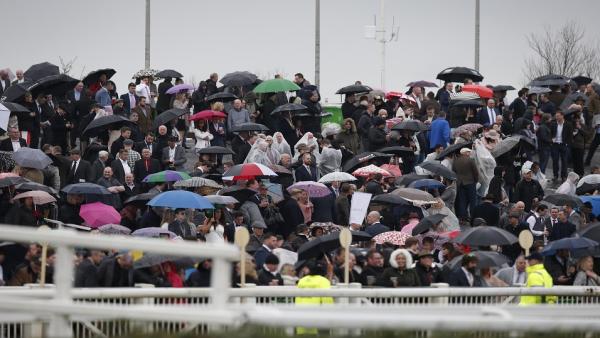 You can see why the likes of Tweed Skirt and Trapista head the betting, but they look underpriced to me at the current 7/2 and 4/1 respectively, and I considered my old girl Marie’s Rock, stepping up to 2m4f for the first time after a fair seventh in the Greatwood Hurdle last time, for which she was dropped 4lb.

But I was hoping for bigger than 8s about her, given the stamina doubt, and I think I will get at least that if and when she is declared on Thursday, so this is another race I will leave alone for now.

Over to Doncaster then. The ITV action is currently set to start with the aforementioned Grade 2 novices’ chase (at 14:05), for which Threeunderthrufive is the evens favourite.

Doncaster is currently soft, and I think we have to proceed on the basis of heavy ground on Saturday looking at the forecast. Furthermore, they also race on Friday, so the ground is likely to be especially testing and churned up at the weekend.

Quite how many of the youngsters in the Grade 2 Juvenile Hurdle (14:40pm) will relish those conditions is anyone’s guess.

Well, I did my best to find out, and going through their Flat and jumps form to date, I came up with the following list of horses that showed that they may handle it.

Of course, horses like Too Friendly and Impulsive One (towards the top of the market at 7/2 and 5/1 respectively) may, but you really are guessing there.

The four newcomers Drop The Pilot, Kolisi, One Journey and Titian all handle soft on the level, and those who have indicated they may handle heavy over jumps include Iroko, Magistrato, Message Personnel and Porticello, the latter being a 7/2 chance.

Of those named, the following are double-entered: Drop the Pilot, Kolisi, One Journey, Titian, Iroko, Message Personnel and Porticello.

And by the way, Keepyourdreamsbig, Knight Salute, Impulsive One, New Realty, Patient Dream, Rocky Man, and Yorksea all have alternative engagements, too.

So, with Cheltenham offering a similar race on Saturday, the potential for this race to cut up badly is huge.

The only one in here that has shown he may handle the ground and who doesn’t have an alternative weekend entry is Magistrato but, unfortunately one of the Betfair Sportsbook odds-compilers is alive to this, and rightly make him only 5/2, when he is twice the price elsewhere.

So nothing doing there.

Sacre Pierre has promise but price is too short

So I dug deeper and came up with Donald McCain’s Sacre Pierre as an alternative to Magistrato, as Doncaster is his only weekend entry and, while he has no form on anything other than good to soft, three of his full brothers relished testing conditions.

And he has already shown a decent level of form, when third to Porticello at Wetherby, and his stable won this race two years ago. 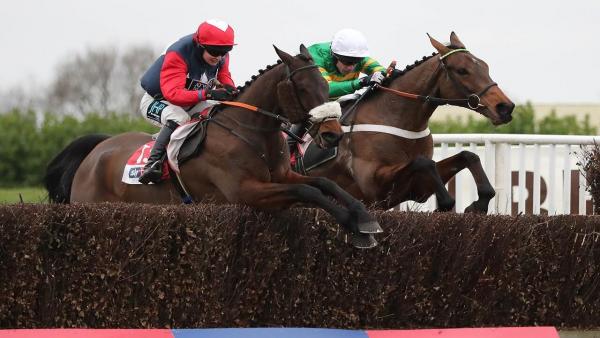 But, as my luck would have it, Betfair were alive to this angle as well and make him just 10s, when he is 20s elsewhere.

Of the dozen, the following are currently double-entered this week: Corach Rambler, Court Master, Fagan, Kauto Riko, Potters Legend, Silver Hallmark. So that rules out half of the field for ante-post betting purposes.

Of the remaining six, Fidux wants better ground, so I am happy to ignore him, and the same comment applies to Mance Rayder.

So I was left with four, of which 10/1 chance Jett, making his debut for the on-fire Olly Murphy, and 9/2 poke Two For Gold made most appeal.

The latter, who has won on his only start here, is the most solid. He handles soft ground, goes well when fresh and is on a fair mark, and seems to stay 3m well enough.

Heavy would be an unknown for him though and apparently his trainer is far from convinced he fully sees out 3m, so I am inclined to sit this race out, too,

Remember, it is vitally important not to bet or tip for the sake it, and this comment applies to Saturday’s racing as it stands. So no fresh bets for the weekend.

Madison Keys of the U