ITV have extended their Saturday coverage to take in 10 races from Haydock, Ascot and Kempton but, while Enable will have the purists purring on her English farewell at the latter track, my baser punting instincts leads me to start with the Betfair Sprint Cup.

Especially now that Lope Y Fernandez has rocked up.

His weakness on the exchange throughout the week suggested someone thought that was very unlikely – he never went bigger than 7/1 with the fixed-odds firms but he hit [17.5] on the exchange at one point, and it was also interesting to read a couple of Irish journalists saying the quarantined Ryan Moore was going to miss the ride on Dream Of Dreams, suggesting they had heard negatives vibes about the Ballydoyle colt running, too – but hopefully all is well and he can make the ante-post layers pay.

Not that I have covered myself in glory in that department with Makawee not confirmed for the Old Borough Cup earlier on the Haydock card, so apologies once again on that front, but I really do like the cut of Aidan O’Brien’s 3yo colt’s jib.

I actually had a few exchange nibbles on the James Fanshawe pair of The Tin Man and Archer’s Dream once the rain came on Wednesday – the course ended up having 16mm into Thursday morning, turning the ground to soft (heavy in places), with Jim Crowley describing it as “bottomless” on the round course on Thursday – and averaged 26.07 and 43.01 on the pair respectively, win-only.

So while I would not be averse to either of those two obliging, I reckon Lope Y Fernandex has the raw Group 1 talent to take care of these.

Fernandez could improve with plenty of cut

I am never a fan of my selections being drawn on the flank in any race, so being 13 of 13 is not ideal, and I stopped short of putting him up in my Tuesday ante-post piece because I didn’t know the running plans and I was worried about testing ground for him, as he has never officially raced on worse than good to soft going (though Timeform made it soft when he won on his debut).

However, perhaps that was just circumstances rather than avoidance as regards the surface, and a now-unquarantined Moore, in his Betfair column, actually reckons the colt wants plenty of cut, and may even improve for it. And the ground should have been drying out, anyway.

If that is correct, then he has better chances of beating this field – for all he meets two former winners of the race, as well as a Dream Of Dreams on a high after a scintillating Newbury win – than odds of around 7/1 suggest.

He has ¾ length to find with last year’s Sprint Cup winner Hello Youmzain on their Prix Maurice de Gheest running last time, but he did well to finish a close third there given he was probably disadvantaged by racing in the centre of the track, while the runner-up had the rail to run up. So I would be fairly confident he can reverse that form.

And that performance actually had distinct shades of his earlier ¾-length second to Pinatubo in the 7f Prix Jean Prat, a race in which he could have given the winner even more to think about had he not raced away from him, widest of all, once again. I reckon if he runs to that form, he will win. Pinatubo is a 5/4 chance to beat five Group 1 winners in the Moulin on Sunday.

Put simply, I reckon you can mark up both of those runs, and I would have him far shorter in the betting, for all those negatives vibes earlier in the week still linger are in the back of my head. Then again, he would not be here unless he was A1.

French form and step back up in trip in Graignes’ favour

There are five ITV races at Haydock, starting with the Group 3 Betfair Superior Mile at 13:45 and this initially wasn’t a race I was in a mad rush to get involved in given it is a really tight-knit contest.

But the Betfair Sportsbook went 33/1 about Graignes and he is a similar price on the exchange, and that is far too big.

Back him at [34.0] or bigger. I would have played each-way but I am always wary about the dead eight losing one.

Graignes had numerous solid runs in Group 1 company when trained in France, the pick of which may have been his fourth on heavy ground in the French 2,000 Guineas, and he has not enjoyed the best of runs on his last two starts for George Baker.

He met all sorts of trouble when eighth (not beaten far, and never got serious with) in the Lennox and he was given too much to do when ridden out the back at Deauville last time, so I saw enough promise in those outings to side with him at big odds here.

On his best French exploits, he is just about the equal of all of these (including the top-rated Stormy Antarctic), and I reckon stepping back up in trip to 1m will suit him, and the ground shouldn’t be an issue.

Time for my biggest bet of the afternoon

Nothing doing for me in the five-runner 3yo 1m6f handicap at 14:15 and I thought I was going to give the Old Borough Cup (14:50) a swerve too but I like the angle of Just In Time stepping down in trip and he looks a very backable price at 16/1 each-way, five places, with the Betfair Sportsbook.

His draw in 16 may not be ideal, but that can be overcome – over to you, Tom Marquand – and I liked the way he has shaped in both starts since returning from a 21-month break.

He has weakened out of it late on over an extended 2m on both occasions, understandably so on his comeback run behind Reshoun and Rajinsky at Newbury, and again when coming with a briefly menacing run from well off the pace (which was not ideal given how the race panned out) at York last time.

He has inched down 2lb in the weights this year, which leaves him just 1lb higher than when winning the Mallard over this trip in a good time in 2018, and the formbook suggests he should enjoy the ground.

His record on soft is 21 (he beat today’s rival, and the 2018 winner, Reshoun at Leicester in 2017) and he also won the Mallard at Doncaster on good to soft, so he will do for me in what is clearly a very competitive handicap.

He will probably be my biggest bet on Saturday.

Two to back in the handicap sprint

I was going to leave it there for my Haydock bets but Jabbarockie is worth another tip/bet in the 5f handicap at 16:00 after running so well after I put him up at a huge price on the exchange at York last time.

He finished a good sixth there in first-time cheek pieces and was dropped 1lb for it, which means he is now just 1lb higher than when beating Motagally at Newmarket in June.

He is ultra-consistent and will love this easier ground, as he showed when making all on soft over course and distance last June, and the only issue I have is that there are three or four others in here that like to go forward, too.

That could set it up for a closer like Came From The Dark.

He is a hold-up performer and two of his best efforts have come in testing ground at this track, and he is entitled to have needed his comeback run at York.

Looking at the video, he ran a bit better than his finishing position suggested there, eased when beaten – and his trainer was making noises beforehand about not knowing how straight the horse was for his reappearance – so he could be a big factor here off a 1lb lower mark. He won second time out last season, too.

He has an in-and-out profile and his stable form is a slight concern (though they have hit the bar with a couple), but I am happy to put him up as a saver at 8/1 on the Betfair Sportsbook.

This race sets up well for him, on paper at least, so I am happy to split my stakes on two in here, albeit these are my smallest Saturday punts.

I hope Enable wins on her farewell UK debut at Kempton, en route to the Arc, and her odds suggests she will and by daylight, but neither that nor the earlier Sirenia Stakes make any betting appeal. In fact, being honest, Enable’s race is probably the one I am least looking forward to watching from ITV’s ten. 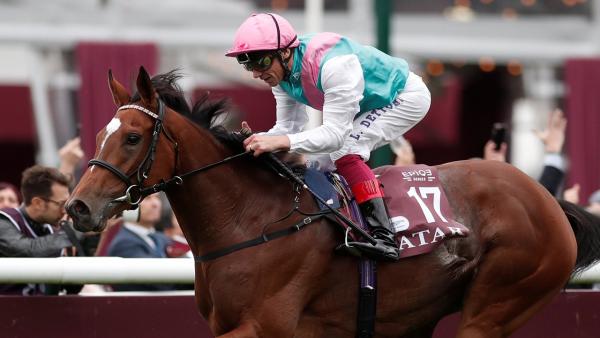 The three Ascot handicaps on ITV are clearly far more appealing and I am going to take one more shot here too, so it is a busy punting and tipping day for me.

Kipps may not win any prizes for originality but he is getting some of my money at [7.2] or bigger in the 1m4f handicap at 15:05.

This horse must have had his backers pulling their hair out this season, but I think the return to 1m4f, on decent ground, is going to suit him perfectly.

His best effort this season came over this trip when just touched off by St Leger third favourite Hukum (won off 90, now rated 114) at Royal Ascot, with recent runaway Goodwood scorer Subjectivist (ran off 94, now rated 109) back in third.

He saw too much daylight on the outside over 1m2f on soft ground at Newmarket next time and he did not get the run of the race over 1m6f in the Melrose last time, getting shuffled to the rear early on from his draw in one and he was always on the back-foot thereafter.

He still came with a promising run up the far side, from a long way back, before his stamina ebbed away – he traded [2.14] in running – and this horse has a big handicap in him when it all falls his way. Hopefully, he will get a strong pace and more cover here.

The return to 1m4f is also key for me, and hopefully the first-time cheekpieces will help, too, as he has flattered to deceive in the past (beaten after trading at [1.11] and [1.35] on his first two starts in 2020), and that Melrose form could be very strong form anyway, with the field strung out.

Hughie Morrison has his horses in very good form, too.

Rascal can go well at a big price

The closing 7f handicap at 16:15 is ultra-competitive so tipping a horse who is 2lb out of the handicap is probably not wise.

But Dirty Rascal is the outsider of the field, and I originally was not letting him go untipped at 33/1+ or bigger after I thought he ran okay at Goodwood last time.

He looked a bit awkward and uncooperative in blinkers there, and is presumably tried in a first-time visor to freshen him up/straighten him out here, but he is still fairly handicapped on his best form in spite of being 2lb wrong.

However, he could run well and finish seventh here, it is really that deep a handicap, so I will give him a reluctant swerve as regards tipping. I may chuck a few quid on him near the off at a massive price on the exchange, though.

What is Sunak up to? – politicalbetting.com

Sunak is seen as a possible success

Back Dhawan and Rahul to dominate again