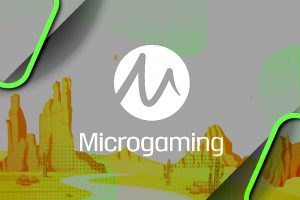 October will be a month packed with action and adventures for all fans of Microgaming’s slots content as the major casino content provider is set to welcome a host of thrilling new products, including a progressive jackpot slot, a branded jungle quest with a beloved character, and a number of other promising titles from its ever-growing network of exclusive independent studios.

First to go live this month was African Legends from Slingshot Studios. It was released on October 6. The game is the latest one to join Microgaming’s world-renowned progressive jackpot network, which has awarded more than €1 billion in prizes to thousands of lucky jackpot winners.

African Legends overlooks the great African plains. It features 243 winways and is packed with a host of exciting features, including the Wild Blast multiplier trail and the Wow Major jackpot, the second highest tier of Microgaming’s WowPot progressive jackpot mechanic. The Wow Major jackpot seeds at €50,000 and has paid out more than €16 million this year.

Western Gold is the next game to go live this month as part of Microgaming’s October lineup. The game, scheduled for October 13 release, was crafted by Just For The Win and is set to take players on a wild ride in the Wild West. This high volatility slot comes with 40 paylines and is loaded with scatter pay horseshoes, golden wilds, and a free spins showdown that offers huge win potential.

October 15 will see the launch of another exclusive title, 777 Royal Wheel, from Pulse 8 Studios. The games features a classic casino theme, a 5×3 grid layout, respins, and a wild reel that is triggered randomly and has the potential for an up to 24x wild multiplier.

Micorgaming announced this past January that it has extended its existing licensing agreement with Edgar Rice Burroughts Inc. to produce a new Tarzan online slot and build on the success of its first Tarzan-branded game which was released in 2016.

Tarzan and the Jewels of Opar, based on the 1918 novel of the same name, is set to be rolled out on October 15. This high-volatility slot will take players to the city of Opar where they will be searching for precious jewels and riches with our favorite vine-swinging hero.

The game features escalating scatter-triggered jackpots with potential wins of up to 5,000x the bet. In addition, the magical wheel of Priestess La awards up to 30 free spins at 10x for some truly epic wins. Tarzan and the Jewels of Opar was crafted by Gameburger Studios.

On October 27, another Wild West-themed slot will join Microgaming’s hefty portfolio. Wanted Oulaws from All41 Studios is the second game that will feature Microgaming’s Nobleways mechanic. The game’s 5×5 grid offers a trip to main street and 3,125 winways on every single spin. The game awards cash bounties of up to 200x the bet via the special Wanted Posters during Free Spins mode.

Members of the Indiana Gaming Commi