Upset Picks for Week 6 in the NFL


Can Jimmy G and the San Francisco 49ers rebound from two straight losses against the Los Angeles Rams? Photo by Robin Alam/Icon Sportswire

Week 5 was another winning one for upset picks, but it feels a little underwhelming after failing to capitalize on the Raiders gigantic moneyline win over the Chiefs. It’s like when your friend tells you that they saw a Hemsworth, only for you to realize they’re talking about Luke.

There won’t be any 12.5-point underdogs to back in the NFL’s Week 6 odds, but there’s a couple of enticing upset picks we’ve circled for the upcoming slate.

Colts Get Mauled by Bengals

Indianapolis is huge favorites to bounce back from their loss to another Ohio team, as the Colts vs Bengals odds have the home team favored by as many as eight.

The Bengals fell out of favor with bettors last week after Joey Covers couldn’t move the ball against a ferocious Ravens D. Cincinnati’s rookie QB was sacked seven times, fumbling twice, in the 27-3 loss.

The @Ravens are the first team to ever have FIVE defensive backs register a sack, according to @pfref’s database.

All 5 starting DBs got to Joe Burrow Sunday …

The Colts also boast a fearsome pass rush, but they generate their pressure with just their front four. With Indy having one of the lowest blitz rates in the league, Burrow will have an easier time at the line of scrimmage, but he’ll still take a ton of hits in this game.

Colts DE Justin Houston on Bengals QB Joe Burrow, when asked if you can get in the head of a rookie early in the game with a few big hits:

“From what I’ve seen, he’s a tough guy. It’s hard to rattle him. He stays in the pocket and he takes hits and he still makes plays.”

If Burrow can avoid turnovers in this game, then the Bengals will be right in it, because the Colts offense isn’t scaring anyone at the moment.

Indianapolis ranks 25th in offensive DVOA and many of the troubles stem from the quarterback position, where Philip Rivers hasn’t been a noticeable improvement over last year’s starter, Jacoby Brissett. The 38-year-old is making careless throws, that lead to backbreaking turnovers, that cost the Colts wins.

The Colts also dealt with a false positive COVID test this week that threw a wrench in their preparation. If the Bengals can get an early lead and put more pressure on Rivers to perform, they’ll be in a great position to pull off this sizeable upset.

49ers Bounce Back Against Rams

The San Francisco 49ers are in a must-win situation Sunday Night at home to the Los Angeles Rams, and yet the reigning NFC Champions are underdogs. The Rams vs 49ers odds have LA giving a field goal. How did San Fran fall so far?

The easy explanation would be the massive injuries. With names like Nick Bosa, Richard Sherman, Solomon Thomas and Dee Ford missing, the Niners have had a difficult time slowing down opposing passers.

However, quarterback play has to be what’s worrying fans in San Francisco most. Whether it’s Nick Mullens or Jimmy Garoppolo, the 49ers’ passing game is leading to too many turnovers and not enough explosive plays.

Jimmy G had an ankle injury to blame for his poor outing against Miami and is supposedly feeling much better heading into this weekend. Coupled with the creative play calling of Kyle Shanahan, Garoppolo should be able to have a bounce-back game if he can execute the offense.

One of the bright spots from Sundays #49ers game. I love this play call by Kyle, completely fooling the defense with a FB dive.

Run-action looks like outside-zone and Juice knifes through the defense for a walk-in score. We need more of this next week against the #Rams. pic.twitter.com/IvlLHfgkVR

The Rams are 24th in DVOA in stopping the run, so Shanahan should have success moving the ball here.

Also, let’s not forget that LA’s four wins have all come against the NFC East, the laughing stock of the entire NFL. They’re probably a little overrated at this point and on the road, against a well-coached team desperate for a win, I could see Jared Goff and company slipping up here. 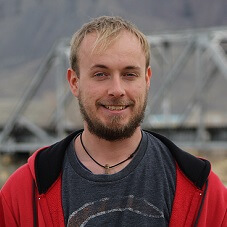 Eric Thompson has been with SBD since 2015, serving as a sports betting expert in NFL, NHL, NBA, and MLB. If you want someone who eats, sleeps, and breathes sports news and betting, Eric is your man. Having studied economics at university, he understands what value is and how to spot it.

Eric Thompson has been with SBD since 2015, serving as a sports betting expert in NFL, NHL, NBA, and MLB. If you want someone who eats, sleeps, and breathes sports news and betting, Eric is your man. Having studied economics at university, he understands what value is and how to spot it.

Liverpool sealed a 2-0 win over FC Midtjylland on Tuesday

‘I will always support these matches’

Bloomberg pumping millions into Texas and Ohio in final week dash to flip the states for Biden – politicalbetting.com

The Texas Tribune report above feat

Sporting KC’s Pulido:I get little praise in Mexico for my accomplishments

Ronaldo to miss Messi showdown, out of Juventus vs. Barcelona

Odds for Next UFC Lightweight Champion

Conor McGregor is the