A well known brand of lager would say that they don’t do sporting weeks, but if they did, then it would probably be the best sporting week in the world.

Only if they did say that, they’d have a very strong arguement for being 100% on the money.

From Monday through to late on Sunday night, three of the most popular betting sports will take centre stage, and boy are we in for a treat.

Here’s what we’ve got to look forward to:

It may be a relatively quiet start to the week in comparison with what’s to come, but it certainly won’t be quiet at Selhurst Park on Monday night when Crystal Palace boss Patrick Vieira will be looking to put one over the team he served so well, Arsenal.

A win for the Gunners will put them just two points behind third-place Chelsea, but it’s goals and hopefully a home win that I’ll be cheering after previewing the game here.

The best club competition in the world resumes on Tuesday night with two Champions League quarter-finals to enjoy.

Liverpool and Manchester City – we’ll have more on them later – are the two English clubs in action and both will fancy their chances of progression against Benfica and Atletico Madrid respectively. 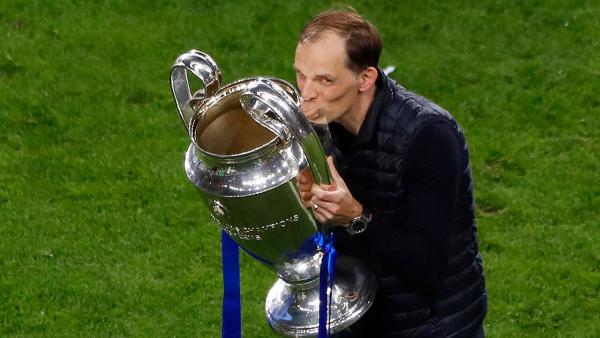 It’s the turn of defending champions Chelsea on Wednesday night who will be looking to put Saturday’s shock 1-4 home defeat to Brentford well and truly behind them when they host Real Madrid, while Bayern Munich are very much the favourites when they travel to Villarreal.

We’ll have previews, tips and insight for all games on our dedicated Champions League page from Monday onwards.

Aintree’s spectacular three-day Grand National meeting commences on Thursday with the big race itself taking place on Saturday at 17:15.

The current 10.09/1 favourite on the Exchange is arguably one of the most unpopular horses in training, Delta Work, whose victory at Cheltenham a few weeks ago was greeted with a chorus of boos as he got up late on to pip two-time Grand National hero Tiger Roll, who was racing for the very last time in his career.

Our resident tipster Tony Calvin has taken an early look at the Grand National here, and he’ll be back during the week with daily tips for each day of the Aintree meeting.

We’ll also have our usual insight and tips from the likes of Kevin Blake, Daryl Carter and Kate Tracey, plus content from Timeform, including a runner-by-runner guide to the big race, as the week progresses.

Played at the iconic Augusta National, the US Masters is the first, and argubaly best major of the golfing season, and this year’s renewal looks as wide open as ever.

In the lead-up to Thursday’s start the big news has been around whether 15-time major champion and five-time US Masters winner Tiger Woods will make a sensational return to golf following a life-threatening car crash just over 12 months ago.

Tiger visited Augusta last week to play a practice round with his son Charlie and one of the tournament favourites Justin Thomas and he is trading at around 1.330/100 in Betfair’s ‘Tiger Woods to play?’ market.

We’ll have comprehensive coverage of this year’s first major through the week on our dedicated US Masters page from our regular golf team including outright previews, top 5/10 tips, top nationaltiy betting, 10-year trends, first round leader and 3-ball tips, and much more.

To end a brilliant week of sport we have what effectively could be described as the Premier League title decider as Manchester City host Liverpool at the Etihad Stadium.

City currently hold a one point advantage over their arch rivals having played the same number of games, but you sense that, like two years ago, both clubs will just keep on winning until the end of the season meaning Sunday’s clash really could be winner takes all.

In the Premier League Winner market Pep Guardiola‘s men can be backed at 1.538/15 to defend their crown, while Jurgen Klopp‘s men are available to back at 2.8815/8