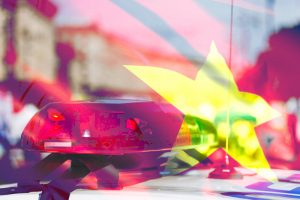 Police in Vietnam and Thailand busted this week illegal online gambling rings worth millions of dollars as both countries are doubling down efforts to curb the proliferation of illicit Internet gaming and sports betting activities.

Police in the Vietnamese city of Da Nang on Tuesday busted an online gambling operation that was estimated to have generated more than VND10 trillion (approx. $431 million) since May.

The ring’s alleged leader, 35-year-old Bui Manh Tri, was found to have cooperated with dealers from outside Vietnam to set up multiple football betting and online gaming accounts, police said. These accounts were then distributed across smaller agencies to then be offered to Vietnamese gamblers.

Police said on Tuesday that the ring raked in VND10 trillion since May by exploiting currency exchange rates and the popularity of online gambling in the country, even though the practice is illegal under Vietnamese law.

During raids across Da Nang City, police seized billions of dong in cash, credit cards, mobile phones, and other equipment. A total of 11 suspects were arrested.

The arrested individuals face fines of between VND10-VND50 million (approx. $430-$2,150) and sentences of three to seven years in prison.

This is the latest of a host of police operations that have resulted in the successful bust of illegal online gambling rings in the Southeast Asian country in recent months. Late last month, police nabbed 22 people who were allegedly involved in a VND3 trillion Internet gambling operation that offered digital sports betting, casino, and lottery services to Vietnamese customers.

Earlier this week, Thai police arrested the alleged leader of an illicit online gambling ring and three other suspects involved in the operation of nine gambling sites that were estimated to have netted millions of baht.

This recent police operation followed the arrest of 25 Thai nationals on suspicion of involvement in another illegal digital gambling ring.

Thai police this week issued an arrest warrant for Tantai Narongkul, the alleged mastermind behind the illegal gambling scheme, and three other individuals. The gambling ring leader faces charges for running, advertising, and inviting directly or indirectly Internet users to gamble on his websites as well as for money laundering. Police said that Tantai admitted to running nine illegal gambling sites.

Police raided an office in Pathum Thani where the sites were allegedly run from. Officers seized one million baht in cash, 11 luxury cars, 26 computers, 108 mobile phones, and two firearms.

The Thai government last month announced that it would tighten its grip on illegal online gambling and warned local Internet service providers and telecoms that they would face legal action if they fail to block their customers’ access to gambling sites. The companies were given 15 days to comply with the orders.

In Canada and proposed l

In Massachusetts and the former owner of th