If ever you wanted an example of how money rules football these days, here it is.

Leeds certainly pull in the viewers – and that tasty ITV advertising revenue – but at the end of the day this is an-Premier League game.

I say that but, like most of the third-round ties, it’s unlikely to feature full-strength teams.

For that you’ll need to watch the league rematch next weekend.

Fifth-placed West Ham will be odds-on favourites for that, just like they are for this contest (1.875/6) against a side just about keeping their head out of the relegation battle.

With the Hammers having put a recent stutter behind them with two recent victories, that’s a fair assessment, even when you take a closer look at which players might be involved.

Said Benrahma certainly won’t be. He’s now at the Africa Cup of Nations. Boss David Moyes has also reported “one or two” COVID cases, although he hasn’t revealed who.

However, this is a strong squad these days with Mark Noble, Andriy Yarmolenko and Nikola Vlasic among those who have struggled for game tim this season, yet made an impact when called upon. All three look contenders for a start here.

Youngsters have also grasped the nettle when being handed a chance – right-back Harrison Ashby is one who could play here and has not looked out of place.

In short, Moyes should be able to put out a decent side here, albeit it won’t be his strongest available.

It’s probably in his best interest to hold some back. After all, Norwich are midweek visitors to the London Stadium, while there’s also next week’s Leeds return to consider and so keeping Plan A for that game makes sense.

At least the Hammers don’t have the selection issues Leeds do.

Injuries remain a problem for Bielsa

The Whites, 4.67/2 to win in 90 minutes, have struggled for bodies for some time and just when it looked like things were easing a little, another deluge arrived.

Kalvin Phillips and Liam Cooper are out until March, while Rodrigo, Pascal Struijk, Charlie Cresswell and Jamie Shackleton remain absent too.

This week, forwards Tyler Roberts and Joe Gelhardt have joined the injury list, although the one piece of good news is that fellow striker Patrick Bamford, last season’s top scorer, could play here. 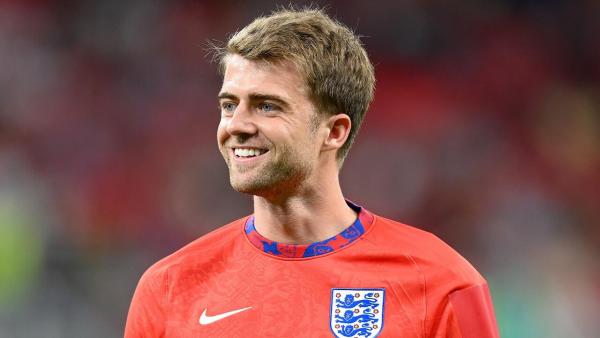 COVID in the camp saw Leeds get a festive break, one from which they returned with a morale-boosting (and much-needed) win over Burnley last Sunday.

There’s an argument they could be fresher with West Ham having played a full schedule over Christmas and New Year, although the hosts have had an eight-day break since beating Crystal Palace 3-2 last weekend.

Still, West Ham haven’t looked to be struggling in terms of fitness and fatigue and they will bring in new faces.

They’ve been able to score plenty of goals – only the top three in the Premier League have netted more – with Jarrod Bowen and Michail Antonio a constant menace.

It is the goals tallies which stand out when looking at this game with both teams having shown their ability to score and concede, particularly of late.

The free-scoring Hammers have also managed to ship 15 home league goals so far – only five teams have conceded more on their own patch.

Their last four games in all competitions have seen both teams score with scorelines of 3-2, 4-1 2-3 and 1-2. Look back further and BTTS has landed in seven of the last 10.

As for Leeds, four of their last five have seen both teams score with their 7-0 drubbing at Manchester City being the odd match out.

Best way to back Hammers

They all look potential Bet Builder options but the bet I’m steering towards is for West Ham to win and both teams to score, available to back at 3.613/5.

This occurred in the teams’ previous meeting at Elland Road in September and it’s a bet the Hammers have constantly delivered on this season.

They’ve won 10 league games and eight of them have come via this method.

Leeds’ record of losing is also pretty decent in terms of this wager.

Of their eight Premier League losses, five have seen them find the net.

The visitors are sure to have a go – that’s the Marcelo Bielsa way, as evidenced by the fact that only four teams have had more shots in the top flight this season.

Bamford’s return is also a boost to their chances but ultimately even a West Ham side with a few changes should be too strong here – remember they eased thorough the Europa League group stage despite rotating players – and getting north of 5/2 about them winning the game looks a decent piece of business.

Leeds have lost each of their last five FA Cup matches, going out at this stage of the competition in each of the last four campaigns. It’s their longest losing streak in the FA Cup since a run of seven between 1955 and 1961.

Steve Rawlings provides an in-depth preview of this week

Might Southend West not be a total certainty for the Tories? – politicalbetting.com

The next Westminster by-election is