Win the toss and win the game 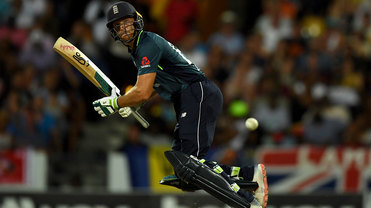 England levelled the series in impressive style at Old Trafford on Sunday. They held their nerve, sticking to clear bowling plans to defend 231 when under the pump.

It has to be said, though, that the pitch and Australia’s chasing foibles were the planets coming into line. As much as they know that 250 could be enough if they bat first, losing the toss may well result in a series defeat.

It would be a surprise if they shuffled their XI, despite Jofra Archer, rightly, speaking openly about the pressures of being in a bubble for 87 days. Mark Wood could replace him but Archer was menacing last time out and with this being the last hurrah of the summer England may be happy to risk him.

Jason Roy‘s form might concern. He was poor against Ireland and has two failures in this series. Still, he has been run out once and fell to a fabulous caught and bowled off Josh Hazlewood in game one. He seems to be striking it quite well.

As we said before a ball was bowled in this series, Australia’s two biggest maladies in ODI are a lack of aggression with the bat and a terrible record chasing (five wins out of 15 away). Both are symptoms of each other.

It is highly unlikely that either will be solved in the break between games. Coach Justin Langer needs to give players the license and freedom to attack and not fear losing their wicket. Instead, they are gripped by terror.

In an effort to find confidence it would be a surprise if Steve Smith did not come back into the XI, possibly at the expense of Marcus Stoinis. Australia could also drop Aaron Finch into the middle order to combat spin, giving keeper-batsman Josh Phillipe the chance to open. Alex Carey, who couldn’t get the ball off the square in game two, perhaps had a career-defining innings.

The pitch characteristics from last year’s World Cup have been apparent since game one. Bat first, win. The surface appears to slow up with clean hitting harder in the second innings on a surface which gets slower and stdgier, allowing bowlers to hit length. The first-innings scores from that tourny read: 239-1/325-1/268-1/291-1/397-1/336-1.

If we include the two matches this series, we have an average of 297. Given the worn nature of the wicket, it might be folly to expect a score in that region. For a start, both teams will recognise that they don’t need to be all guns blazing. Instead they may aim for 270-280. The runs line looks a sell at 282.5.

England are [1.85] with Australia [2.16]. We believe England are a better outfit that Australia largely because they have the ability to show the requisite recklessness with the bat.

But on a tired surface which clearly favours the team batting first, we wouldn’t be confident backing them in a chase. Just as they came unstuck in game one, they could do so again.

Australia’s issues we know about so this is a classic toss game and one which, if all was fair, would be a choice affair. If we knew England were batting first we’d go big at that price. We expect Australia to come favourites if they win the toss.

Given Australia’s historic issues with chasing, we’ll swerve a blanket ‘back team bat first bet’ and stick with England if Eoin Morgan can get the flip his way. There is no rain forecast.

From a price-boosted 7/2 for game two, Sportsbook have now cut David Warner for top Aussie bat honours to 11/4. Clearly they fear the law of averages and after two failures they expect him to hit back. Smith is 11/4 and Finch, recognising a shift down the order, is out to 3/1.

For England, Jos Buttler and Sam Billings have appeal at 4s and 7s respectively. With the dashers struggling, both men have it in their locker to find gaps rather than blast.

Flicking through the Betfair WH2020 markets a