Winning the WPT World Championship would be nice, but even those who bust before the bubble will go home with something they’ll treasure forever. That’s what CardsChat discovered when we spoke to WPT Global qualifier, David Jorgensen. 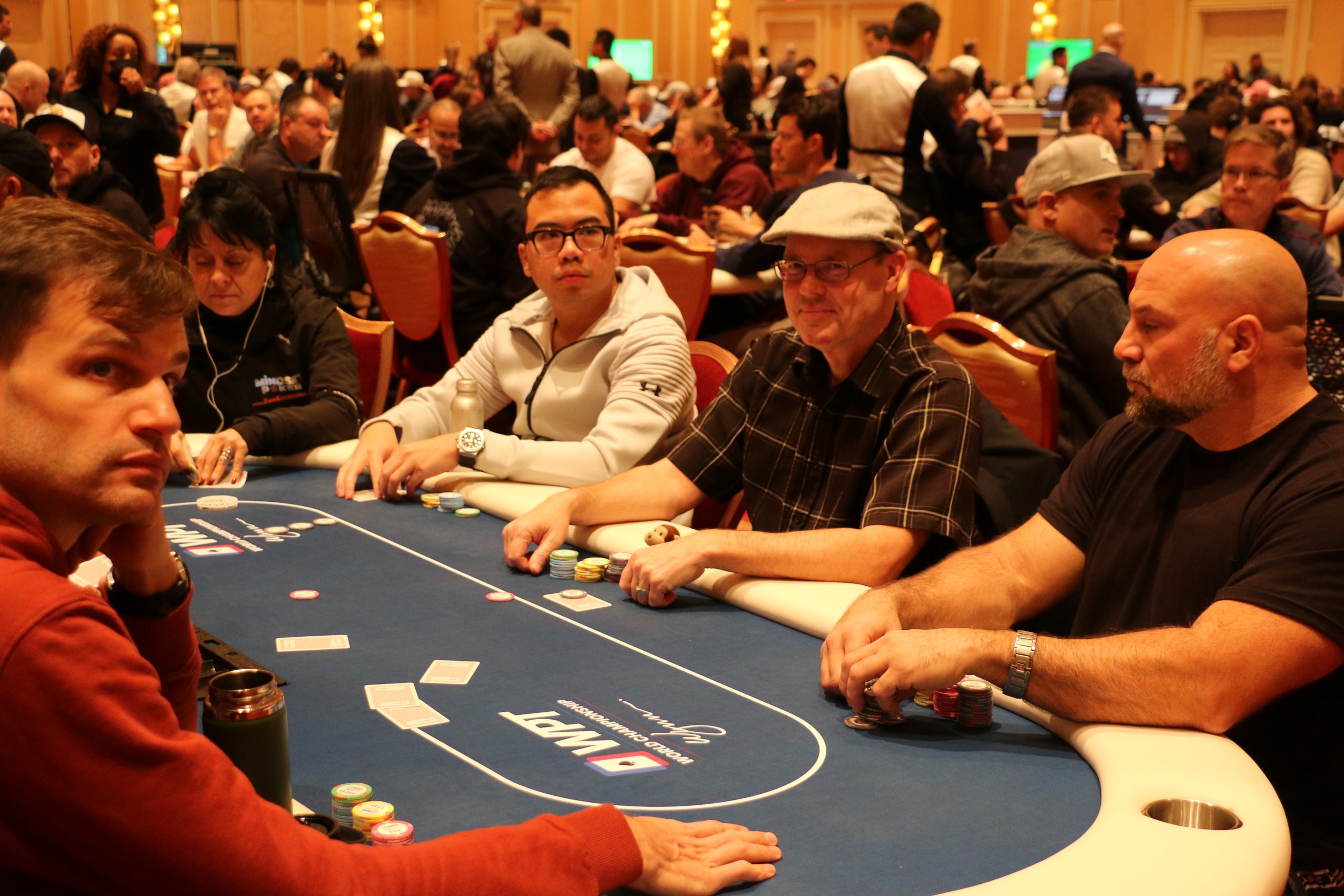 WPT Global qualifier told CardsChat that his trip to Las Vegas has given him memories that will last a lifetime. (Image: Daniel Smyth/CardsChat)

The Canadian software developer and poker player won his way into the $10,400 World Championship via a WPT Global Satellite. He told CardsChat that, even though he didn’t make it to Day 2, he feels like a winner.

Soon after winning a $12,000 prize package, Jorgensen won another contest. This time his prize was a shot at WPT Ambassador Phil Ivey. Jorgensen and four other winners traveled to Las Vegas to see if they could outswing Ivey in a golf shootout.

Anyone who hit a better score than Ivey won a seat in the WPT World Championship. If Ivey had the best score, a random draw would determine who got the seat. In the end, Jorgensen didn’t win. However, it didn’t matter because he’d already scored two one-in-a-lifetime opportunities.

The first was winning a seat in the WPT World Championship and all that came with it. The second was meeting Phil Ivey. Jorgensen’s dreams became a reality thanks to the power of social media. He was swept away by the Twitter hype surrounding this year’s series.

“My friend runs a poker group and he told us about all the promotions. Two weeks ago, I wasn’t even on Twitter. However, I joined Twitter and won a $550 ticket for a WPT Global satellite. I ended up winning the $12,000 package. I had it all planned out. Then I had to change everything because I won a separate contest on Twitter, which was golfing with Phil Ivey,” Jorgensen told us.

WPT is making memories that will last forever

Jorgensen is no stranger to poker. He’s part of the Syndicate Series of Poker (SSOP) group in Canada, and regularly attends the WSOP. He also played semi-professionally for a time. But, for all intents and purposes, he’s a recreational player. 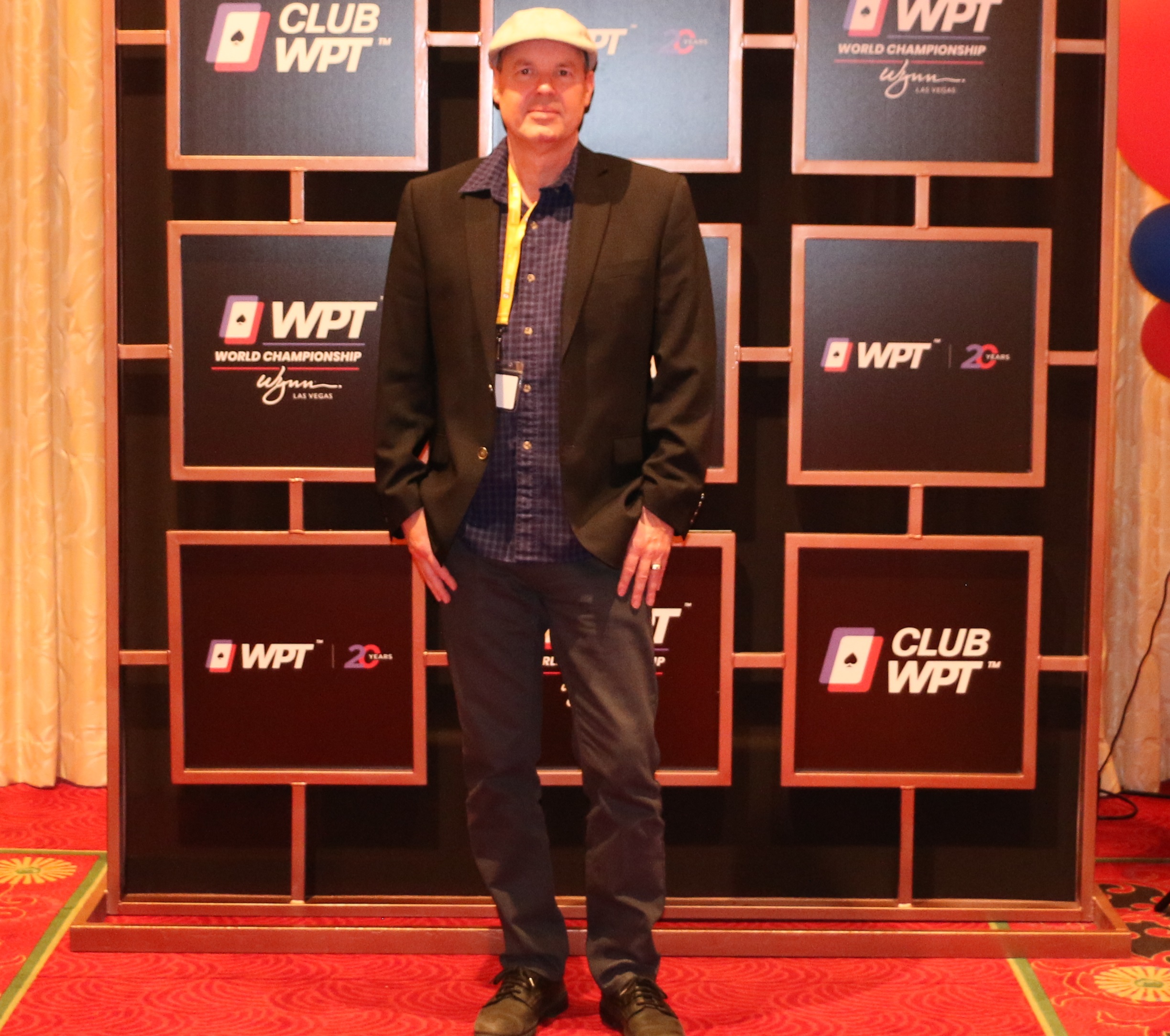 Spending time in the VIP Lounge has been a highlight for Jorgensen. (Image: Daniel Smyth/CardsChat)

He’s a recreational player who’s loving the WPT experience. Sitting in the VIP lounge, he told us he’d trade a minimum cash in the World Championship for a lifetime pass to WPT events. Why? Because all the stops have been well and truly pulled out.

“You watch your poker heroes on YouTube and TV. You might even run into a few of them at the WSOP. However, the intimacy you have here in the WPT VIP Lounge is different. You’ve also got Phil Ivey giving up his time to play a couple of holes with us. All of the WPT stars are really making themselves available to us and that’s just something that doesn’t often happen,” said Jorgensen.

It’s not the norm at other poker events, but it’s something the WPT has worked hard to make a reality during the series.

“The WPT’s promotional team has done a top-notch job of creating an amazing player experience. I was saying to Brad Owen a couple of days ago that everyone at the WPT is making memories that will last a lifetime,” Jorgensen continued.

Poker feels like it’s come full circle. It’s not quite the Moneymaker boom, but the industry is a better place than it was post-Black Friday. The WPT World Championship is an encapsulation of this, according to Jorgensen. The hype, as they say, is real.

“The excitement and adrenaline that’s around here is fantastic for casual players. Playing the WSOP is fine, but it’s miserably hot. For casual players who get eliminated early at this event, it’s nice to be able to walk around and not be too hot. You can see more of Vegas, which makes it more of an experience,” said Jorgensen.

Results matter in poker, that’s undeniable. But, for Jorgensen at least, they don’t matter as much as the opportunities he’s been afforded at the WPT World Championship. He’s met his poker idols, and not just in passing.

“I’ve been giddy with excitement. There is something special happening here. The air seems electric,” Jorgensen explained.

He’s also got to hang out in the VIP lounge, party with the pros, and experience the best of what Vegas has to offer. That’s a prize worth more than money.

“I could go home now and the trip was a success. It was more than I could have ever dreamed of. Before I even sat down to play cards, all of my expectations were exceeded. I’m over the moon happy,” he said.

The predominant theme during the poker boom was fun. Everyone wanted to become the next big winner, but poker companies went all in on putting together experiences that people wouldn’t forget. Some of that has been lost in recent years but, at this year’s WPT World Championship, it’s back on full display.

Back to poker’s glory days at WPT World Championship

Jorgensen is the type of person poker companies need to attract. He loves the game. The WPT has recaptured the spirit of poker’s glory days with everything it’s offered at the World Championship.

“As far as atmosphere goes, the WSOP seems pretty stale and stodgy compared to this. It’s like we’re back to the glory days of poker when the lounges were the places to be,” Jorgensen told us.

Of course, Jorgensen would be lying if you said he didn’t want to win, but he’s not going away empty-handed, regardless of how the cards fall. Poker is fun again, that’s the message we got from speaking to Jorgensen. 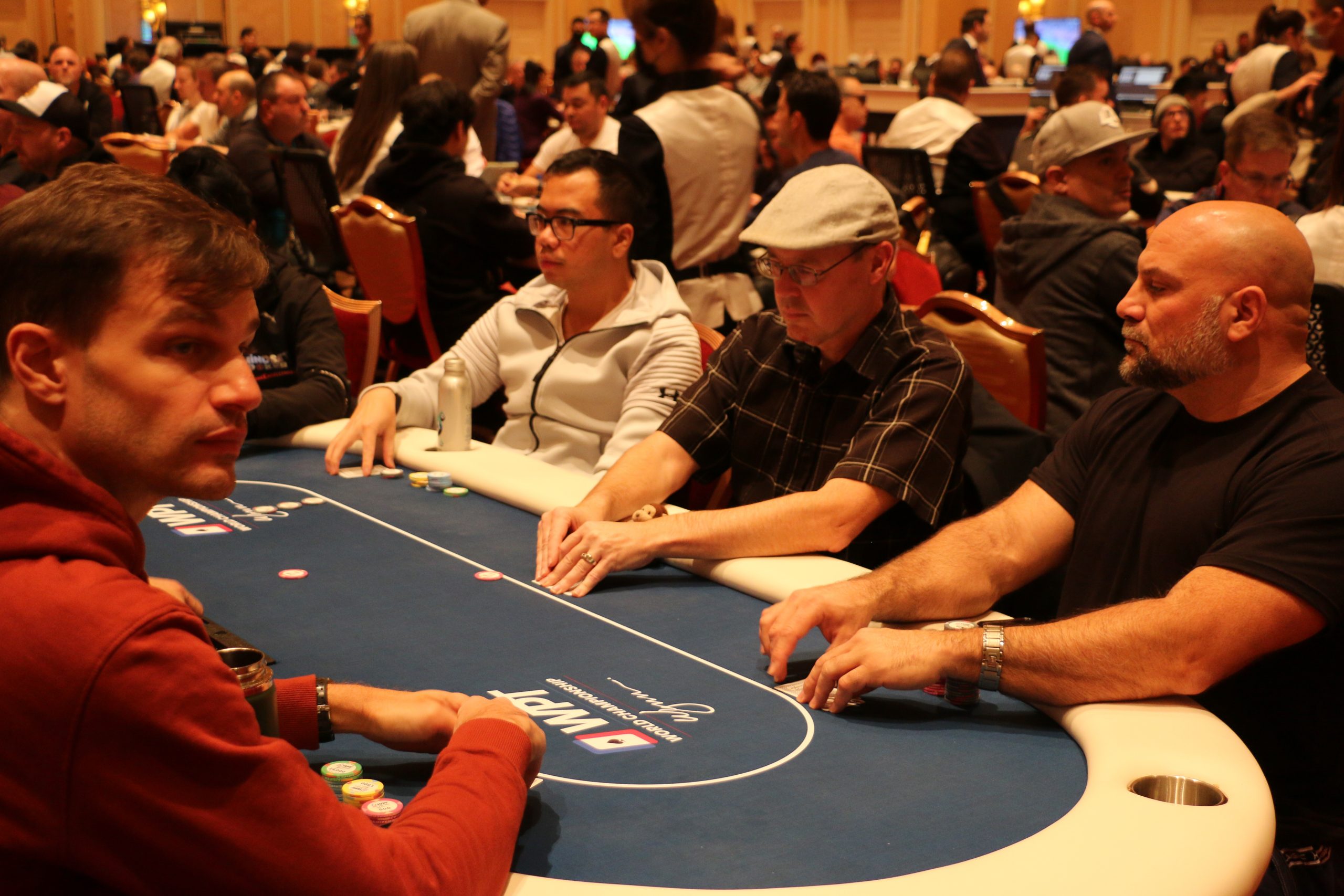 An event to remember for Jorgensen. (Image: Daniel Smyth/CardsChat)

There’s an “electricity” to the series, he told us. This electricity is powering a poker renaissance at the WPT World Championship and it’s something Jorgensen won’t forget.

“You have to be realistic with your expectations in the tournament. I’ve had this philosophy my entire life that, whether you’re happy or not, depends on whether your expectations were met. My expectations have already been exceeded. Whenever I get knocked out, I’ll stand up with a smile, congratulate everybody, and walk out of the room with a big beaming smile at the whole experience,” Jorgensen said.

Tigergaming and BetOnline Ready to Crush in 2023

You have the best hand possible, but there is a differenc

Poker Stories is a long-form audio podcast series that

The high-stakes action has not ceased since the 2023 Po