Last year’s inaugural staging of the ZOZO Championship, an event co-sanctioned between the PGA Tour and the Japan Tour, was the very first time a PGA Tour event had been staged in Japan but due to the pandemic, it’s being played in California this time around. 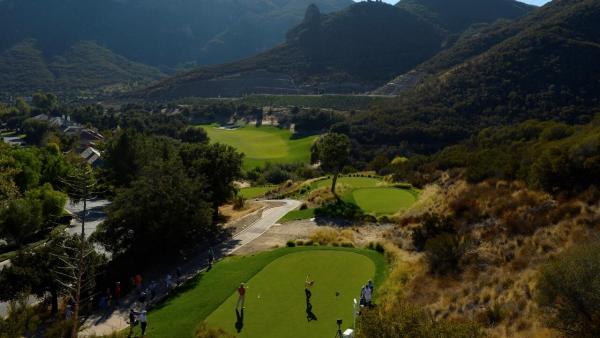 It’s an unusual layout as it features five par fives and five par threes and the greens are forecast to run at 13 on the stimpmeter.

Sherwood was the host venue for the limited-field Hero Challenge between 2000 and 2013 and it’s also the venue for the Invesco QQQ Championship on the Champions Tour.

For more on the venue, there’s a great course description on the course’s website.

Live on Sky Sports all four days beginning at 22:00 on Thursday

What Will it Take to Win the ZOZO Championship?

Like many Jack Nicklaus courses, Sherwood is described as a second shot course where excellent iron play is rewarded. Take a look at the list of course winners above and it’s noticeable that only one winner – Luke Donald – hasn’t won a major championship.

Admittedly, the fields are always small and select in a Hero World Challenge event but even so, we can see that it’s a list of top-draw ball-strikers.

In addition to being US Open specialists, course winners, Graeme McDowell and Jim Furyk, are both accurate types who can handle windy conditions and the last man to win here, Zach Johnson, can certainly handle a bit of breeze. As of course, can multiple winner Tiger Woods. Tiger’s won here five times and he’s finished second five times (twice beaten in a playoff) but with no significant wind forecast I suspect scoring will be quite good.

Accurate iron-play tends to get rewarded here. Once the course speeds up through the week, the greens will get faster and playing to the right part of the greens is key.

This is what runner-up, Zach Johnson had to say about the venue back in 2012.

“You had to know where to land the ball and play appropriate spin, because the greens were a lot — I mean, 9 was a perfect example for me. I hit it three feet from the hole and it went over the green.”

A bit of course experience goes a long way and although there are only 12 players in the field this week that have played here in the Hero, it would be no surprise to see one of them win. Paul Casey had this to say about the course in 2012.

“I know where to hit it and where not it hit it around here, there’s a lot of areas around this golf course, you get it on the wrong side and it’s an impossible up-and-down or an impossible putt.”

Although it’s not a long track, it’s clearly not a pushover and it’s possibly not just a coincidence that three of the last four course winners have all won the most demanding major of them all – the US Open.

A lot depends on conditions though and with very little wind expected, Sherwood could be vulnerable to some very low scoring. Dustin Johnson, who’s not ready to return after testing positive for COVID 19, holds the course record of 61, set in 2014.

Is There an Angle In?

Californians dominated the leaderboard at the recent US PGA Championship at Harding Park and I like the local angle in whenever the PGA Tour stops off in the Golden State. Growing up playing on the West Coast is often quite a sizable advantage and it’s something to bear in mind.

From a course correlation perspective, consider other Jack Nicklaus designs like Muirfield Village (Memorial Tournament), Glen Abbey (Canadian Open) and PGA National (Honda Classic) but one other track that jumps out is Harbour Town – home of the RBC Heritage.

The likes of McDowell, Donald and Love all play well there and that makes sense. Although it’s not visually similar or designed by Nicklaus (Harbour Town is a Pete dye layout), it’s a course that also rewards deadly accurate iron play so anyone in this week’s field that plays well there might be worthy of closer inspection.

Position of Course Winners Before Round Four

As it is at the aforementioned Harbour Town, it’s possible to come from some way off-the-pace here and it’s not a great frontrunners track. Even though they were really small fields (typically 12 players only) Furyk was 9th and six back at halfway in 2009, Vijay Singh was 7th and four behind at the same stage a year earlier and Luke Donald came from a mile back to win in 2005. He trailed by six with a round to go but won by two.

Colin Montgomerie won here last year on the Champions Tour having sat eighth, trailing by five, with a round to go.

This is the third late finish in-a-row in the UK but it might be worth stopping up and trading again this week. Or at the very least, laying the leader before you go to bed.

Having not played since finishing 23rd in the US Open, world number two, Jon Rahm, should come on for his 17th last week in the CJ Cup where he complained about having a rusty putter but he started nicely there before falling away and I wouldn’t be in a huge rush to side with him. 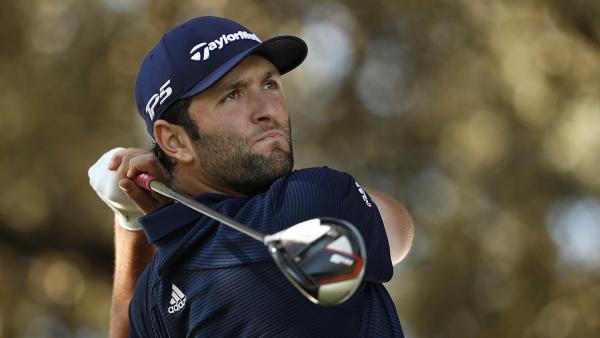 On the plus side, he’s won a couple of times in California already and this track really should suit him. In addition to breaking his PGA Tour duck at the Farmers Insurance Open at Torrey Pines, he’s won the Desert Classic in the Golden State, which includes the PGA West as part of its three-course rotation – another Jack Nicklaus design – and he also won the Memorial Tournament at Muirfield back in July.

He could well make hay on the par fives and contend strongly but he’s just short enough for me in such a competitive heat.

Xander Schauffele is playing some sublime golf and he’s putting brilliantly too but he’s starting to prove hard to get across the line. Being out-duelled by longstanding maiden, Jason Kokrak, on the back-nine on Sunday at Shadow Creek would have been a bitter pill to swallow and I’m happy to swerve him too.

Justin Thomas is still not playing consistently well enough to side with at fairly short prices. He got himself into contention last week but then shot 74 on Sunday and he’s just not playing solid enough to warrant support.

It’s quite noticeable how well the top-class Europeans have fared here over the years so I’m happy to have a small bet on bang-in-form Englishman, Tyrrell Hatton. Having had a decent bet on Tyrrell to win the US Masters next month, I’m not sure how I want him to perform over the next few weeks (if he plays again after this week) but I do want to side with him here.

I’m also chancing Matthew Wolff again after last week’s dire performance at Shadow Creek. There’s a chance he’ll be awful again but given he grew up here and that he’s played the course ‘a thousand times’, that course experience has been so important and that US Open specialists have fared well here, I was more than happy to chance him at 41/142.0.

I’ve also backed a couple of big outsiders but given I’m covering the Find Me a 100 Winner column for Paul Krishnamurty while he concentrates on the US election, I’ll save those for that. I’m aiming to have it published first thing in the morning.

Proteas have great chance to level

Timeform provide the three best bets at Wolverhampton on

Timeform bring you the three best bets at Newbury on Satu