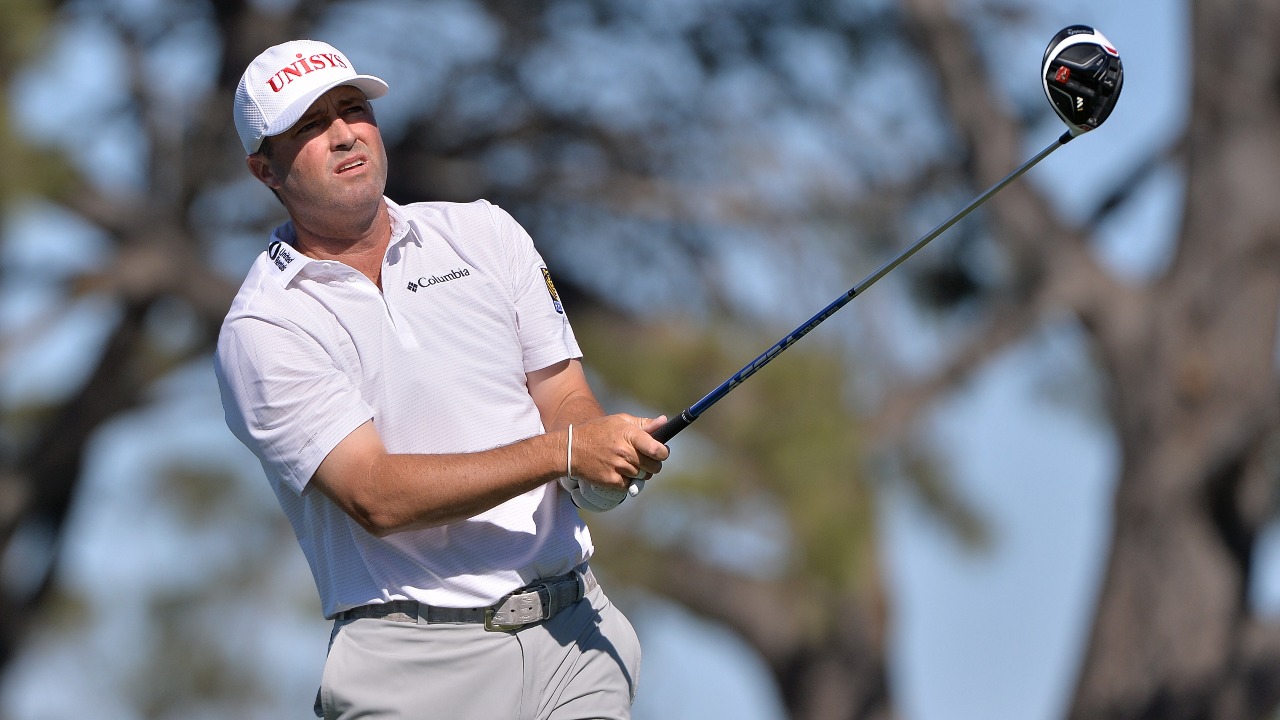 Weather forecast for Sherwood Country Club: Plenty of pleasant California sunshine, with temperatures in the high 70s and fairly modest wind speeds which should be more pleasant than challenging.

None of any real use. Jim Furyk was first-round leader no less than four times when the event staged the Hero World Challenge between 2000 and 2013 but he’s not playing. Tiger, who is, twice had a piece of the 18-hole lead although the field size was just 16.

As with last week’s CJ Cup, it’s a reduced 78-man field and tee-times are bunched (three-balls from two tees ranging from 09:50 to 12:02). Nothing to see here in terms of an advantage.

Palmer can be first-round charmer

With nothing that obvious to go on in terms of history, we have to be a bit more creative this week.

So how about looking to see if anyone has a record of making fast starts on Nicklaus designs.

Let’s start with the 2014 PGA Championship at Valhalla where Palmer’s 65 gave him the first-round lead. He would go on to finish fifth.

At Nicklaus’ most famous property, Muirfield Village, Palmer was second after 18 holes earlier this year.

Heading to Montreux – home of the Barracuda – and three of his last five R1 positions there were 2nd, 5th and 9th.

And finally, at PGA National, he’s twice avoided being mauled by the Bear Pit on day one, ending Thursday’s action in second and fifth.

To add further confidence, the Texan was sixth after round one in last week’s CJ Cup where he went on to take T17, a step up from T34 at the Shriners.

Home in on Harry

Harry Higgs is gaining something of a cult following on social media – for one TikTok video in particular – but he’s doing plenty of talking with his clubs too.

Recent exploits include an albatross in the Safeway Open where he finished runner-up.

A second-round 62 that week showed he could go low and Higgs was previously T18 at Pebble and T9 in the Farmers Insurance Open so he’s shown some excellent form in California in 2020.

He was fourth after R1 at Pebble and also fourth following the opening lap of the BMW Championship at the end of August.

I put up Kevin Streelman as the headline selection in my outright preview and will also play him for FRL.

The industry-best 85/1 is too good to ignore given his record on other Jack Nicklaus courses along with his stellar recent play in California.

Streelman was third at the Safeway Open last month and runner-up at Pebble back in February.

As for fast starts, he was a first-round leader just six starts ago when teeing off with an opening 64 at The Northern Trust.

Even fresher in the memory is an opening 68 which put him sixth after day one of last week’s CJ Cup.

Back in June he fired a 63 in the Travelers and a 64 at Nicklaus’ Muirfield Village so he’s very capable of the hot rounds which are needed to win these markets.

Andrea Pirlo, center, is trying to revamp Juventus and ex

Bayern to put down another markerBayern Munich v RB Leip

Premier League fans given protocol for return to games amid coronavirus

Let's be honest, Pertemps Hurdle qualifiers are not the